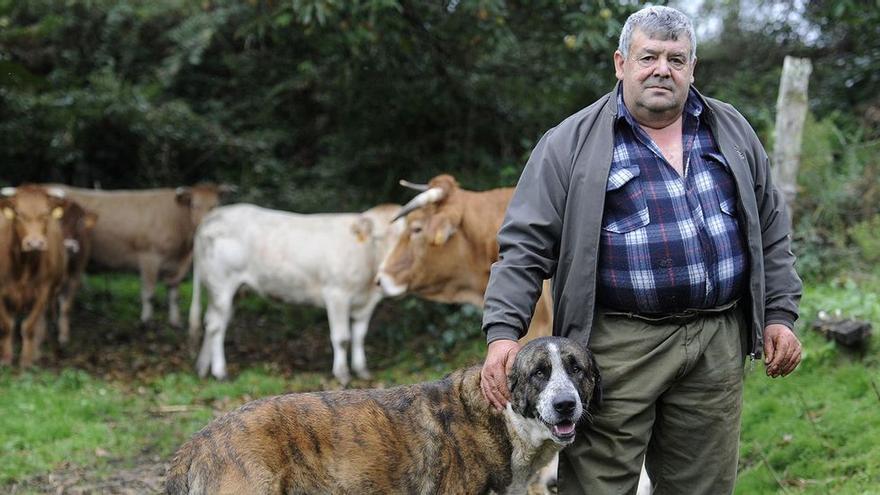 “The retirement age will be determined by a veterinary professional, taking into account the physical and psychological capacities of the dog, having to issue a fitness and well-being report every year from the dog’s seven years of age so that it can maintain activity” , says the legislative project verbatim. In addition, the treatment is monitored since its ‘childhood’: they will not be able to work until 18 months. This is precisely another of the open fronts since the mastiffs are “trained” from puppies in their functions of shepherd dog. This, together with the 200 to 400 euro GPS devices that shepherd dogs will require in the high mountains, explains the head of a Galician wildlife control company Manuel Calvo, which considers this legislative draft “nonsense”. It advances that there is already a platform for those affected – between stores of animals and auxiliary sector – which is being formed in Galicia to mobilize against this law.

Jorge Pena, from a parish called Gresande and close to Lalín, has a mastiff to protect his cows from the attacks of the Wolf. This small beekeeper, in favor of animal welfare and the regulation of companion animals, regrets a certain comparative offense: “I have been working in construction since I was 14 years old and I cannot retire until I am 66 and a half years old. I think no one should be at that age on a scaffold; meanwhile, my dog ​​will retire with eight. I believe the mastiffs already ‘retire’ themselves; when they get old, you realize perfectly well ”.

Among the animals entitled to retirement are also the horses, whose age to start dressage will be 4 years, judging by the text: “No equine may be used in professional activities until they have reached four years of age.” This epigraph is also controversial because there are supporters that foals gradually get used to saddles. Likewise, although their ‘retirement’ age could be extended to 23 years, the horses must be examined by veterinarians from the age of 15 and it will be determined “taking into account the physical and psychological capacities of the animal, having to issue a report of aptitude and welfare every year from fifteen years of age, and every six months from eighteen to twenty-three years of the animal so that it can maintain the activity ”.

Also the rural development manager of the Unións Agrarias union, Jacobo Feijoo, criticizes that this law is carried out “by people from the city, for people from the city”, and with ignorance of the reality of rural Galicia. For example, domestic chicken coops would be left in ‘legal limbo’, according to wildlife experts. They are not domestic animals, nor are they cared for by licensed breeders. And there are points that are difficult to comply with, such as the one that follows: “The necessary measures will have to be adopted to avoid the uncontrolled reproduction of companion animals. Animals that are kept or have access to the outside of the houses and may have uncontrolled contact with other animals, must be sterilized. In the event that in the same home or location there are animals of the same species and of different sexes, at least all the members of one of the sexes must be sterilized, except in the case of breeders registered in the National Registry of Breeders ” .

The demands when making a euthanasia to an animal are a matter in which they repair the state regulations that are now being processed and the regional regulations that are already in force. Likewise, it is classified as a very serious sanction to practice euthanasia by unqualified personnel or with inadequate means in both. While the sanctions range from 100,000 to 600,000 euros in the regulations of the central government; In the Galician law of 2017 the fines amount between 5,001 to 30,000 euros.

To review only those that are considered very serious infractions in this project, it would be to kill an animal or cause serious permanent sequelae “intentionally”, as well as the unauthorized slaughter of animals; the euthanasia of animals with inadequate means or by unqualified personnel and the training and use of animals for fights and fights.

It would also be considered a very serious offense “the use of companion animals for human consumption or other animals”, the “Hunting use” from cats community and feed the animals with viscera, carcasses and other offal from animals that have not passed health controls.