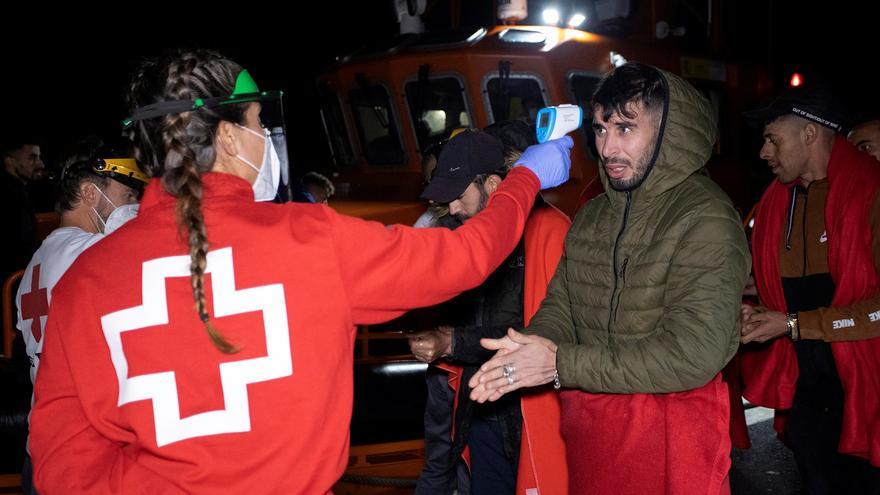 Some media have reported in recent days that according to a recent ruling from the Court of Justice of the European Union (CJEU) “Spain cannot expel foreigners for the sole fact of not having papers”; “The expulsion of an irregular immigrant cannot be agreed when there are no aggravating circumstances”, and more headlines in a similar sense.

What is said is true. However, that sentence of October 8, 2020 must be understood with all precision so as not to generate false expectations and misinformation. In fact, it is not a sentence that brings much to celebrate.

To better understand why I affirm that, it must be borne in mind that this sentence is part of a series of sentences that have analyzed what I have called “fine or expulsion system“, provided for in the Immigration Law (LOEx). In 2015, the same CJEU established that said system, which before the irregular migration provides as a sanction the fine or expulsion as optional and mutually exclusive measures, it is opposed to European regulations. That is, in order to comply with European Union (EU) regulations, it must be clearly foreseen in which cases a fine is applied and in which cases expulsion. Without losing sight of the fact that, to comply with the EU Return Directive, the only option envisaged is expulsion (return).

Given this decision of the CJEU, the Supreme Court of Spain considered that in order to “save” the situation, in cases of expulsion due to an irregular situation, including cases in which there are no aggravating reasons, the Spanish authorities should directly apply what is established in the European directive, that is, ordering expulsion.

Since this decision adopted by the Supreme Court was not shared, some Spanish judges and courts asked the CJEU if that was correct. The answer of the CJEU (which is the most recent ruling) was that no, since the national authority could not rely directly on the European norm, less if there were no aggravating circumstances to the situation of administrative irregularity of the migrant person. That is, for that assumption, he had to observe what the LOEx establishes.

Is that good news? Yes, in part. Not so much, if the details that surround it are specified. Let’s see. First of all, it is good that the CJEU reiterates that European standards cannot be used directly to extend sanctions not provided for in national laws. The correct thing is to transpose the European norm into the national legal system.

Second, it is good that the LOEx is asked to be applied in cases of “non-aggravated irregularity”. But at this point, it should not be forgotten that applying the “fine or expulsion system” has already been declared contrary to EU law, so everything that is within that system should not / cannot be applied. If the latter is done, the provisions of the 2015 ruling would be in breach.

Third, it is important, more than good, not to lose sight of the fact that in LOEx the only thing does not enter in the “fine or expulsion system” are the minor infractions provided for in its article 52 (omissions or minor delays), which are not all the possible cases that we can imagine of “only irregularity”. In fact, several cases of “only irregularity” are contemplated in the LOEx as serious offenses, so they enter the “fine or expulsion system” that no longer should / can be applied.

What does it all mean or translate into? It means that the CJEU is “inviting” the Spanish legislator to adapt the LOEx to the Return Directive on this issue. It also means that the immigration authorities, judges and courts must apply fines in cases of irregularity provided for in article 52 of the LOEx (minor offenses) and expulsion in other cases (including several of “only irregularity”), while the Congress does not adapt the LOEx. It does not translate into anything else, since this seems to be the only possible way that remains available to comply with all the judgments of the CJEU.

As much as it is said that from now on the immigration authorities and courts must make a proportionality judgment to determine if they apply a fine or expulsion (in accordance with article 57.1 of the LOEx), the truth is that this article provides for the Fine or expulsion was already declared contrary to EU law in 2015 and, therefore, it is not possible to apply it, no matter how good it may seem.

If something must be done in the face of the last judgment of the CJEU, it is, first, to show it in its proper dimension and scope. Second, generate advocacy so that the reform to the LOEx that the Congress of Deputies must do does not eliminate the cases in which a fine can be applied exclusively, since complying with the content of the Return Directive would only imply foreseeing expulsions . Third, redouble efforts so that, before fines and expulsions, regularizations, opportunities and dignified treatment are given to all migrants.

The rules and judicial decisions related to immigration issues are increasingly complex, so they must be read and interpreted with great care, as well as disclosed seriously and rigorously, since what is at stake is not only a matter of laws, deadlines and sentences, but rather life projects and human rights. It is better to face reality in all its harshness in order to generate solid action strategies, rather than create false expectations that only generate more frustration and discouragement.

I wish no one had to be expelled. Hopefully fines will be applied rather than expulsions. Hopefully one day the lives of migrant-foreigners will matter more than the powers of the States to decide unilaterally on them.