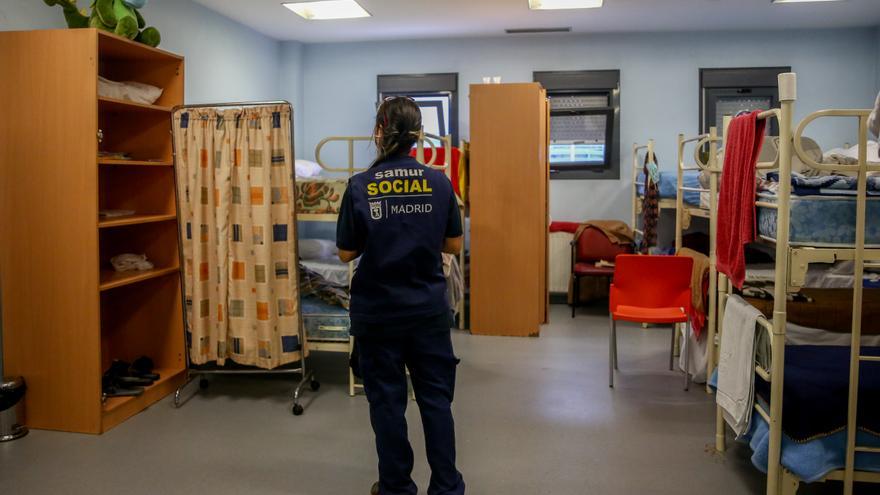 What should be the goal of public policies for the homeless? If we asked this question of randomly chosen people, many would say give them a roof. And of course they would be right: that’s the first thing, but it’s only the beginning. The ultimate purpose is one: to help these people rebuild their lives and enjoy new opportunities. In other words: stop being homeless. Naturally, we must also aspire that no one ever sees themselves living on the street.

One of the consequences of the passage of the storm Filomena through Madrid has been to focus on the homeless. The citizens and the media wondered in alarm what was going to become of them. From the area of ​​Families, Equality and Social Welfare, we anticipate an unprecedented expansion of the Cold Campaign -a program that is activated every winter- to 665 places, providing 24-hour care and, in a totally exceptional way, creating devices in four stations of the metro network to solve the difficulties of access to reception centers due to mobility problems.

But my objective with this article is not to take stock of the municipal response to this reality, but to take advantage of the attention raised to explain the orientation that, in my opinion and that of the Madrid City Council government team, public policies aimed at people should have. homeless.

It is likely that the reader has ever heard that this or that person is on the street “because they want to.” From my 20-year experience working with homeless people -before in social entities and now from my public position- I can assure you that this is not true. If there are people who reject the resources and care of social services, it is because we have not been able to offer them what they need.

From the Madrid City Council we are working on the reform of attention to homelessness, a reform that will be ready at the end of this year but some of whose main lines we are already pointing out. In the first place, we bet on individual accommodation or for small groups compared to large centers, because experience in other countries shows that they allow a faster recovery of the homeless. We also believe in early care, that is, in locating and caring for people as soon as they are detected for the first time on the street, avoiding the very serious deterioration that each day and night they spend on the street entails.

In this sense, an important part of the 436 new stable places with which the City Council reinforced the networks of homelessness and social emergency belong to modalities such as No second night or Housing led, programs based on these principles in which we will continue to deepen throughout 2021 and that will be an essential part of the new strategy. In addition, this year we will open the first center for homeless women victims of gender violence. Women living on the streets are a minority, but their conditions are even harsher than those of men and, furthermore, the centers have not historically been adapted to their needs. Precisely, reinforcing coverage for women is another of the lines of our reform, as is improving the job placement of homeless people.

I would like citizens, when they see someone who lives on the street, to see them as someone who, in addition to a roof, needs to be given a new opportunity. Any of us can be a victim of the set of circumstances that deprive a person of a home. What would you want if you were in that situation? A roof, yes. But then the necessary support to recover their life and to feel part of the society to which they belong.