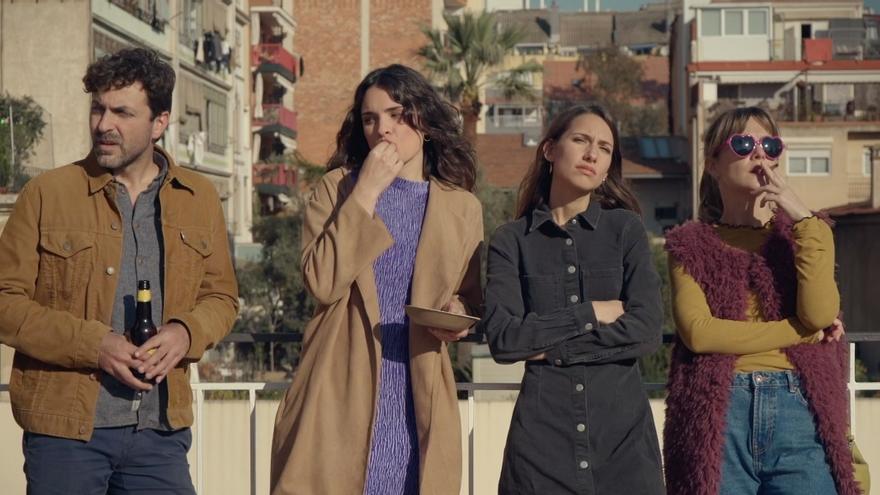 Madrid, Jun 14 (EFE) .- Look for the positive of confinement in the different phases of the coronavirus pandemic. That is the essence of "Contiguo", a romantic comedy set and created in a building in a Barcelona neighborhood that will premiere next Friday on the Spanish video-on-demand platform Filmin.

Directed by Cintia Ballbé, the production of Phantasmata in collaboration with COMPACTO was conceived during the spring of 2020 and tells the story of four neighbors and friends -Enric Cambray ("Les dones sàbies", "A Chinese story"), Júlia Bonjoch (" El Petit Príncep "," Drama "), Alejo Levis (" I never want to lose you "," Everything seemed perfect ") and Ballbé herself (" Three sad tigers "," Uncolored Girl ") - who" then decided to give their best of themselves to shoot this “feel good series”, Filmin pointed out this Monday in a statement.

This "romantic comedy of the new normal", which also includes Alba Ribas, Jon Arias, Alba Brunet and Pep Ambròs in its cast, went through its financing phase for the Serielizados Fest Pilots Showcase and will premiere next Friday in the platform.

The five-episode series is part of "the new normal", in which "the most contagious virus is love" and tells the story of Eva, who returns to the family apartment after a long period of constant work and, while trying to composing her own songs, she is interrupted by the aggressive melody that comes from the adjoining apartment of her neighbor Pepe, who is stuck in a job that does not motivate him and lets off steam by playing the piano.

Alicia lives two floors below, installed in her sister's apartment to make a decision about her relationship, who begins to feel something for Carlos, the next door neighbor, who is trying to finish his novel.