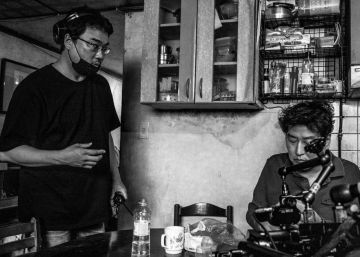 In 351 cinemas throughout Spain films are being screened at 2.90 euros to celebrate the 17th Film Festival, which began on Monday and will end on Wednesday 30. A total of 3,069 screens where recent releases can be seen, from large blockbusters such as Joker o The Addams family to some jewels like the ones we recommend in this section.

Parasites, from Bong Joon-ho. Korean movie Bong Joon-ho, One of the great current directors, he received the Golden Palm at the last Cannes Film Festival. Count the immersion of a family as lumpen as ready, that inhabits a ramshackle space, in the happy existence of another family that drips money. Carlos Boyero wrote about her: "It not only entertains me. It also worries me."

What burns, by Oliver Laxe. Another proposal with a brooch from Cannes. The Galician film Oliver Laxe won the Jury prize in the section A certain look. Filmed in Galician, it is a story about an arsonist, yes, but also about loneliness, marginalization and nature. Julio Llamazares he dedicated a column: "The extraordinary thing about this film is its visual and sound plasticity and the talent of its director to deepen an almost primitive nature in which the passions of its inhabitants merge forming an indifferentiable whole that enhances the language in the They express themselves.

Portrait of woman on fire, from Céline Sciamma. The fourth film of the French Céline Sciamma is starring an eighteenth-century painter, who will live a passionate romance with the woman she must portray, almost fresh out of the convent and about to get married. "A beautiful lesbian relationship that the director of the notables Tomboy (2011) and Girlhood (2014) shows through physical images of very plausible zeal and passion, "wrote the critic Javier Ocaña.

Until forever, my son, from Wang Xiaoshuai. Collateral damage to the one-child policy, set by China for years. For the critic Javier Ocaña: "Beautiful, dense and rocky creation of Wang Xiaoshuai around a marriage and its group of friends, forged in the times of the Cultural Revolution, who see how their country passes from the imposition of thought, purges and displacements, of the planned economy and the cult of Mao's personality, to the unclassifiable current system, an alleged market economy that the rest of the world does not accept as such. Thirty-many years of movie Rio.

Amazing Grace, by Alan Elliott and Sydney Pollack. Only the stubbornness of Alan Elliott, to whom Sidney Pollack yielded – not guilty of using clappers in the filming that synchronized sound and image, and therefore could not finish the documentary until the arrival of the digital assembly – the material before he died in 2008 of pancreatic cancer, and the death of the soul queen, who always banned the premiere of the film, have brought to light Amazing Grace, the testimony of the two days of January 1972 in which Aretha Franklin locked herself in a church in Los Angeles and recorded one of her most famous albums, in which she returned to the gospel – and also live with audiences – after sweeping the soul . "The result was what his producer, the talkative Jerry Wexler, defined as 'the Sistine Chapel of the modern gospel': an artist at the top of his faculties, wrapped by a magnificent choir and a dedicated audience," he wrote Diego A. Manrique.

One last secret: the movie passes that will come. Some distributors are making movie shows that premiere this Thursday, October 31 or Friday, November 8. Among these titles stand out The infinite trench, Garaño, Arregi and Goenaga, who in the past San Sebastian festival won the awards for best screenplay and direction and the Fipresci of international criticism with their immersion in the 33 years in which a mole lives hidden in his house fleeing from the Franco repression, and Little lies to be together, Guillaume Canet, second part of Little lies of no importance, a spice of The Friends of Peter in the French that had a huge success at the box office and that brings together great names of the French performance. To look for those titles you have to look at the billboard.

“I love talking about Nietzsche and Bethlehem Esteban, what’s wrong?”

The night I took “Pain and glory” from the garbage