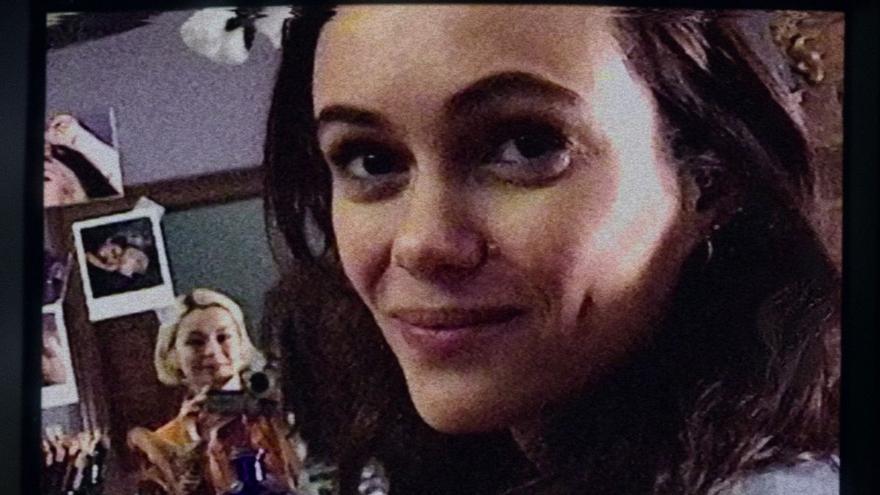 old analog video tapes burned in a fire, secret societies, witches, esoteric cults, evil deities, cursed buildings, stardust from a comet, parallel realities... The series 'File 81' shows an irresistible universe for any fan of the fantasy genre in each and every one of its variants: analog terror, sects, witchcraft, cosmic horror, hidden worlds. A encyclopedia of fear in shocking grainy images.

In just one week from his premiere in Netflix, last January 14, the series, of eight episodes, has become an audience phenomenon that, fortunately, seems destined to go far beyond the cannon shot of immediate consumption and fleeting journey so typical of the platform. We try here to explain all the secrets (without 'spoilers') of the horror series that will catch you hopelessly between its infinite sea of ​​visual and sound layers.

Where does it come from?

'Archivo 81' is inspired by a podcast of the same name 2016 defined by its creators, Dan Powell and Marc Sollinger, as "found footage horror about rituals, stories and sound", of which three seasons are currently available. In the credits of the series, James Wan, a horror genius responsible for milestones in the genre such as the 'Saw', 'Insidious' or 'Warren File' sagas, appears as the hook, but the great architect of the television adaptation of 'File 81' is the 'showrunner' Rebecca Sonnenshine, executive producer and screenwriter of the wonderful 'The Boys'.

Visually stylized, complex in its puzzle structure with its various timelines, the series recounts the ups and downs of Dan Turner (Mamoudou Athie), a film restorer who receives a mysterious assignment: recover the contents of burned video tapes that a young documentary filmmaker, Melody Pendras (Dina Shihabi), had recorded before she disappeared in 1994 after a terrifying fire in the Vasser building in New York.

Between psychological terror and family drama (trauma), directors Rebecca Thomas ('Stranger things'), Justin Benson & Aaron Moorhead ('Infinity') and Haifaa Al Mansour ('Mary Shelley') will combine the current time , with its aseptic digital image texture, and the past tense of 1994, with the grainy (and disturbing) analog texture of the tapes recorded by Melody with her home Sony Handycam. A cold climate of yuyu and restlessness, sometimes of uncontrolled delirium, in which the uncomfortable soundtrack by Geoff Barrow (Portishead) and Ben Salisbury, close collaborators of Alex Garland, for whom they composed the 'scores' for 'Ex machina', 'Annihilation' and 'Devs', has a lot to do with it.

a mythology of its own

'File 81' is built around a series of superimposed layers in which each element plays an essential role to the point of constituting a key piece in the puzzle that Dan Turner's character tries to put back together.

There's a cursed summoning chant, some 'Eyes wide shut' masks, clandestine meetings in the basement and objects that seem to contain strange symbolism. Little by little, the mysteries that have to do with a demonic cult, a pictorial movement called 'Spirit Receivers', a 'snuff' film and a cosmic dust that, in the form of mold, grows in the building causing hallucinations and which comes from a comet that takes the name of the ferryman who leads souls to another world, Charon.

'File 81' draws on a rich mythology in which we find witches (the Baldung), a demon (Kaelego), a secret society from the 1920s (the Iris Vos) and a cursed building (the Vasser) which is the door to another parallel universe in which time stands still. Rituals, mediums, ghosts, space horror, spiritism, proto-cinema, tarot readings and legends. In short, a cluster of components capable of generating a most disturbing crazy universe, with ample possibilities of having a second season given the open ending of the first.

Ritual with the demon Kaelego in a still from 'File 81'. Netflix

The infinite cocktail of references

The collecting is present from the first sequences, since Dan is dedicated to collecting all the VHS material he can and, at the same time, works in an Image Museum (that is why rarities such as 'Flash Gordon conquers the Universe', from 1940, are cited to restore), whose 'lobby' is adorned with scenes from films by Meliès, the first director who immersed us in the fantastic.

In his house, the protagonist has tapes ranging from 'The Beyond', by Masaki Kobayashi, to 'The Thing', by John Carpenter, through 'Trauma', by Dario Argento, and posters of 'House', by Nobuhiko Ôbayashi, 'Diabolic', by Mario Bava, and 'Solaris', by Andréi Tarkovski, a film that you will find in the bunker where you will restore the burned tapes; like 'Nihm, the secret world of Mrs. Brisby', which belonged to Melodie Pendras and whose story contains some keys that appear in the series itself.

In the narrative architecture, clear influences can be traced to 'The Shining' or 'The Devil's Seed', 'Candyman', 'The Twilight Zone', 'The X Files', 'Fringe' or 'The Ring'; and horror authors like HP Lovecraft, Edgar Allan Poe or more recent like Mark Z. Danielewski and his novel 'The House of Leaves'. 'The divine comedy' is even present in the names of the characters and in their symbolism through a progressive descent into hell. In addition, the connection that is established between Dan and his father through Ray Harryhausen's craft cinema is beautiful.

The fascination for the analog image

'File 81' is a highly sophisticated sample of the fascination that, in the midst of the digital age, awakens the old analog technology: VHS tapes, Betacam VCRs or Handycam camcorders, with their grainy textures, electromagnetic interference and background noise as an overwhelming support of unfathomable mysteries. The series, coincidentally or not, coincides in time with two other samples of analog horror, the films 'Censor' (Prano Bailey-Bond, 2021) and 'Broadcast signal intrusion' (Jacob Gentry, 2021), all of them metalinguistic nightmares in which its protagonists work with enigmatic VHS video tapes that hide all sorts of atavistic horrors.

Confronted with the exquisite cleanliness of the digital image, the dirty roughness of the analog image is an optimal expressive avenue for the arcana of another world. Today, perhaps even more than in her day, the appearance of Sadako through a television screen flooded with white noise in 'The ring' (Hideo Nakata, 1999), or the abrupt ending, analog camera in hand, is still terrifying. from 'The Blair Witch Project' (Daniel Myrick and Eduardo Sánchez, 1999). In this sense, 'Archivo 81' sublimely exploits that abyss between the old and the new through the visual experimentation and contrast, and the fascination, if not the fetishism, for the retro technology of the 80s and 90s for recording images.

The first season of 'File 81' ends with a 'creepy' detail: in the background, se listen to the news on a television announcing the death of Kurt Cobain. The timeline that corresponds to the investigation of the Visser building is located in the mid-90s, a time that seems to have recovered as a revival after the eighties 'boom' post 'Stranger things' (Netflix). This is something that the recent premiere of 'Yellowyackets' (Movistar +) demonstrates, in which a Nirvana poster also appears in the first chapter, or 'New flavor of cherry' (Netflix), set in a strange Los Angeles of that earlier time at two thousand

In all of them, the pop culture that defined that moment becomes a form of contextualization that in part has to do with the youthful spirit of the proposals. A) Yes, their soundtracks are filled with 'hits' that try to capture the spirit of the decade, as well as an endless number of resources that take us back to the last pre-digital period in history. It's funny that from the beginning, Dan is looking for VHS tapes and that they are the only thing he has in his house, as if he is somehow stuck in the nineties as a state of mind.

Tags: 81, archive, serie, terror, you should