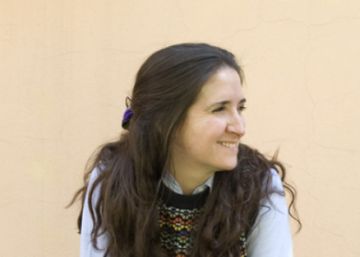 María Gainza did not travel to Mexico in December to receive the Sor Juana Inés de la Cruz award. From that absence, the swirling speculations on the final destination of the award, worth $ 10,000, were shot. Although the bases do not require the presence of the winner, lto Guadalajara International Book Fair (FIL), prize organizer, decided to suspend the delivery ceremony and refer the final verdict to a committee. FIL confirmed on Monday that it will not withdraw the award to the Argentine author and that, in fact, they never considered that possibility. The committee will only analyze how, when and where the new delivery ceremony will take place.

The cancellation of the event during the week of celebration of the fair already raised suspicions, but the controversy had been fueled this week by the criticism of Leila Guerriero in a column of this newspaper, where he censored the initial position of the fair, which revealed the presence of Gainza was a necessary condition for the award of the prize. A criticism that was seconded on social networks by more writers.

The FIL has wanted to settle the matter attributing the controversy to a misunderstanding. “For us it is important that the author has an encounter with the public, but at no time did he consider withdrawing the prize. The financial envelope will be delivered shortly and it would be great if it could come, but it will be a decision together with the author, ”says a spokesman for the FIL.

Her absence from the December ceremony had to do with the health of her 12-year-old daughter Azucena: the day her mother was going to get on the plane, she was admitted to the hospital suffering from pneumonia with pleural effusion. Gainza (Buenos Aires, 1975), a widow for four years, was not going to leave her alone. Interviewed via email by EL PAÍS, the Argentine author stressed days later: “I have my head on my daughter’s health.” And on the deliberation of the committee he added: “As Perón said, although some attribute it to Napoleon:‘ If you want something not resolved, call a committee. ” Maybe for Mexicans it works differently and better. We have to wait”.

Consulted this Monday by this newspaper on the occasion of the revival of the controversy, the author preferred not to make statements and sent any position to her editorial. From Barcelona, ​​Anagrama sources confirmed that “the FIL had already assured us that the prize is going to be awarded.” The work awarded by the prestigious Mexican pageant, established thirty years ago to highlight the best novel published in Spanish by a woman, is Black light, his second title, a detective plot around the fakes in the art world.

Gainza, during critical years of art, suffers from an autoimmune neuromuscular disease that forces her to limit travel and conditions her public life. The international recognition of his first novel, Optic nerve, published in 2014 by an independent Argentine publisher –Mansalva- and relaunched in 2017 by Anagrama, triggered romantic speculations, so much of taste in the sector, about her reputation as an elusive author, her little fondness for interviews and photographs.

In his column, Leila Guerriero, pointed out that “María Gainza is reserved and makes almost no public presentations. Many male colleagues do the same, but in women this is not usually perceived as self-preservation, but as a symptom of phobia or inverse divism. This vital position can cause many behaviors not necessarily derived from it to be judged as confirmation that the author is “difficult” and therefore able to use excuses to avoid public commitments. ” And it closed with a message for the Sor Juana Inés de la Cruz award: “the award assumes that there is something specifically feminine in some literature and, therefore, also assumes that women’s lives are endowed with difficulties and / or facilities gender characteristics (applicable, for example, to raising a child alone) ”.