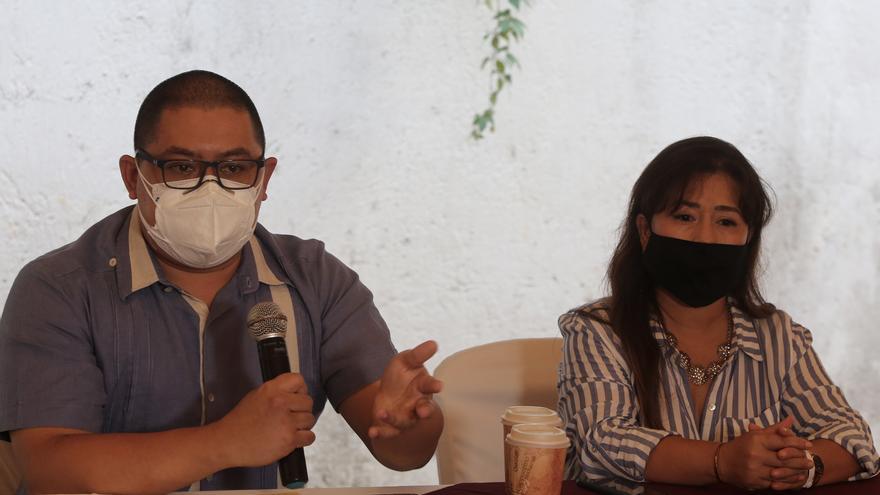 Cancun (Mexico), Feb 10 (EFE) .- The struggle to achieve justice for Mexican journalist Lydia Cacho, tortured in 2005 after uncovering a network of child pornography and prostitution, is advancing with a judge’s order to initiate criminal proceedings against the former governor of the state of Puebla Mario Marín (2005-2011), arrested last week in Acapulco.

With the formal prison order issued this Wednesday by the Second District Court in the state of Quintana Roo it is established that Mario Marín, 66 years old and nicknamed “the precious gober”, will remain in jail while his trial for the crime of torture.

“With this determination, the criminal proceeding against Mario Marín was formally initiated, the process that will be conducted in accordance with the law is formally initiated, it will pass the evidentiary stage, release of evidence and eventually, the sentence will be issued,” said Luis Knapp , defense coordinator of the NGO Article 19, at a press conference this Wednesday from Cancun.

For the representative of the legal area of ​​this body for the defense of freedom of expression, this resolution constitutes an important advance in the search for justice for Cacho.

“Lydia Cacho was punished for being a journalist, for doing her job, for investigating and for publishing information of public interest. Particularly on issues of pornography, child prostitution and human trafficking, which was what triggered those events, “he said.

The case of Lydia Cacho is considered a sad reference on the violence suffered by journalists in Mexico, one of the most violent countries in the world to practice the profession.

And it is also seen as a flagrant example of impunity in the country.

The journalist and activist was arrested in December 2005 by a dozen policemen who, without an arrest warrant, took her from Cancun to Puebla in a vehicle owned by the textile industry businessman José Kamel Nacif.

The businessman was one of the main ones mentioned in the book dedicated to the investigation of the event entitled “Los demonios del Edén”, in which the journalist denounced a plot of child pornography and prostitution that implicated businessmen close to the then governor of Puebla Mario Marín .

During the road trip from Cancun to Puebla, which lasted more than 20 hours, Cacho was physically and psychologically tortured, in addition to being touched and sexual advances, and verbal and physical threats of death.

The Supreme Court of Justice of the Nation concluded in 2007 that the individual guarantees of Cacho were not violated “in a serious way”, in a controversial decision.

Although in 2019, the Mexican Government, led by Andrés Manuel López Obrador, offered a public apology to Cacho, acknowledging that his human rights were violated.

This same year a judge issued an arrest warrant against Marín, Nacif, and other officials of that time.

Only the first has been arrested. And José Kamel Nacif would be in Lebanon, a country with which Mexico does not have extradition treaties, the lawyers said Wednesday.

“Almost all, 98% of crimes against journalists in Mexico go unpunished,” lamented Knapp, who in turn celebrated that this is the first case of a high-level official under judicial process for crimes against a journalist.

THE WORDS OF CACHO

Although the journalist was not present at the press conference, in recent days she has been active on Twitter to give her point of view about the arrest, which she considered a half-success.

“Former Governor Mario Marín looked cavalier and sure that the judge would not give him a formal prison order. He says that he does not want lawyers, that he will carry out his own defense, but the network of power lawyers allied to Kamel Nacif follows. We continue in the battle, “he warned on the social network.

For her part, Araceli Andrade, Lydia Cacho’s defense attorney, pointed out that a long and difficult process is just beginning, which can last up to two years.

“A formal prison order does not do justice, it simply initiates a procedure that we expect fierce,” he concluded.