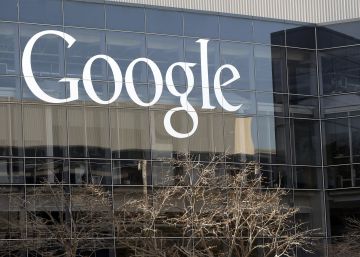 Google was praised until recently as one of the great machines of the US economic power. Now, in front of the steps of the Supreme Court in Washington, half a hundred general prosecutors – all except California and Alabama – formalize the initiation of an antitrust investigation against the technology of Mountain View for fear that with his growing dominance he is undermining the principles of the free market. Another group of prosecutors announced Friday a similar action against Facebook.

The market power achieved by large technology companies is a growing concern that does not distinguish between political colors. The multi-state offensive is led by Texas attorney general, Republican Ken Paxton. Already in the call it was presented as a "bipartite" initiative focused on the way the Alphabet subsidiary collects data and how it protects its dominant position.

The exam will place special relevance on the power of Google in the electronic advertising market. Prosecutors presume that Google does something wrong. But to be able to demand some kind of remedy before you must determine how you violate the rules. Paxton thus summoned the employees of Mountain View technology to provide any evidence to show that there was an abuse of dominant position.

Maura Healey, Massachusetts attorney general, points out that what they are looking for is for the market to be "fair and open to all." Google and Facebook act as a duopoly in the digital advertising business. California, the headquarters of the big tech companies, does not participate in the coalition although its prosecutor, Xavier Becerra, declares himself firmly committed to combating any anti-competitive behavior.

"It is an investigation to determine the facts," the Texas prosecutor insisted, "and the facts are what will take us where it should take us." Google, they agree, is the one that directs the traffic on the big highway on the Internet and that is why its obligation is to protect the consumer as well as the small business. Karl Racine, from the District of Columbia, adds that this is why he "acts as one."

There are three parallel action fronts. The first one was opened a few months ago by legislators in the Capitol. It focuses on determining if the legislation in force is up to the task of monitoring the activity of large technology firms and how the rules should be applied to prevent them from using their dominant position to preserve their power. This Thursday will be held his third hearing.

Last July, it was the Department of Justifica that announced that it opened a file to technology companies. It is still a very early phase of the research process, limited to collecting the information you need to examine your business model and identify possible deviations. Your competition unit works in coordination with the federal trade agency.

Technological companies are very complex and diversified companies. That forces regulators to allocate many resources to examine them. The state prosecutors, the third leg of this action, have very small teams, so they are allied to coordinate their action with that of federal regulators. It is a coalition similar to the one that was forged several decades ago against tobacco companies.

The Facebook review for its market dominance is led by the New York attorney general, Democrat Letitia James. This parallel investigation could also review acquisitions to determine if it used these operations to eliminate potential rivals. Progressive Senator Elizabeth Warren, like other candidates for the 2020 presidential, strongly criticizes her power and proposes to split them.

Ashley Moody, Florida prosecutor, explains that these investigations try to determine "if there was an intention" by Facebook and other technology to "choke the competition." He also points out that although these companies offer free access to their digital platforms, "the reality is that they are not." "The price is personal information and the time you should see the ads," he says.

Google has already received a first notification from federal authorities on August 30. "We hope to receive similar requests in the future," the company said, while limiting itself to saying that it will continue to cooperate with regulators in the US and other jurisdictions. The Department of Justice and Congress exam also includes Amazon and Apple.

The legal encirclement of technology is reminiscent of the case that two decades ago Microsoft starred in, for the overwhelming domain of its Windows operating system and its Explorer browser. Its market power, in any case, was greater than that of Google and used it to isolate itself from the competition. Finally he had to modify his practices to allow the rivals to have access to his platform.

It is, in short, to examine the technology companies with lenses different from those used so far with the conventional rules of competition. The pressure of the different regulators also allows pressure to be applied so that Silicon Valley firms modify their behavior. That could lead them to self-regulate to defend themselves. The investigation, in any case, will take years to complete.