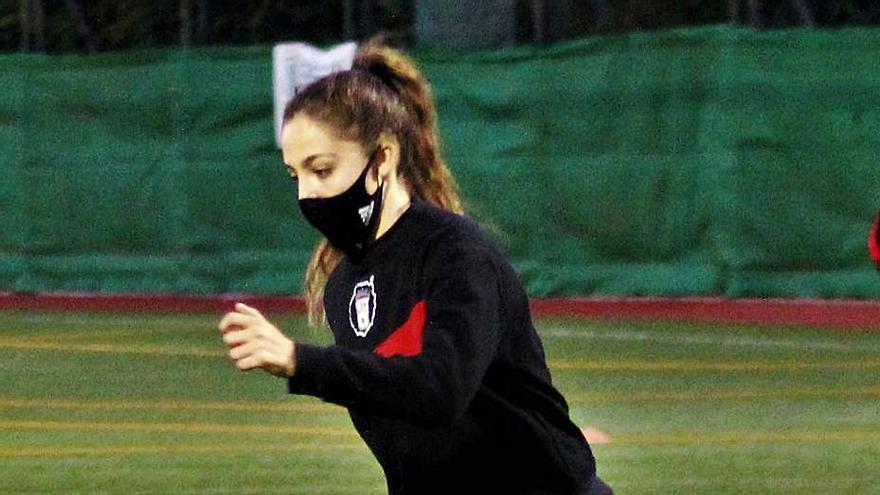 The Inter-island Soccer Federation of Las Palmas (FIFLP) has one goal: to finish all the competitions that depend on its organization. And if for that you have to play with masks, this will be done, in accordance with the guidelines imposed by the Government of the Canary Islands for the practice of federated sports.

In a statement made public by the FIFLP, the organism abides by the decision of Health to train and play with masks in order to finish the competitions. “In relation to the use of the hygienic mask in the parties, the governing board of the Federation showed its willingness to abide by the obligation imposed by the Canary Islands health authorities and exposed by the Minister of Health in a recent appearance in the Parliament of the Canary Islands ”, He explains in the text.

And it is that there have been several clubs that have shown their discomfort in public for having to play the games with masks, alluding to the difficulties that, in their opinion, the practice of high intensity sports with the use of this physical barrier of contagion. This is the case of CD Becerril, Guanarteme or Pedro Hidalgo, who in several statements assure that they will not return to activity if their use is mandatory.

At the same time, yesterday afternoon, a circular – presumably sent by the FIFLP – began to run from mobile to mobile among those in charge of the clubs, explaining to the referees what to do if the masks are not used. “If a complete team, before starting, refuses to play the game with a mask, the meeting is suspended and the refusal to comply with the conditions imposed by the Government of the Canary Islands is recorded in the minutes,” he says. The same will happen if during the match a team refuses to play with a mask. If a player, individually, is against its use, “he is not allowed to participate in the match.” The supervision of the use of the mask falls solely on the referee.

Regarding the use of the mask, the FIFLP refers to the experience that the Community of Madrid lives “where hundreds of territorial category matches have been played weekly without negative incidents having been reported”. In addition, he points out that “medical studies carried out by different scientific societies, including the Spanish Society of Pediatrics” also give the green light to this measure. “It must be remembered that students from Canarian educational centers have been participating in Physical Eucation classes using the mask and no incidents have been reported,” the statement said.

In addition, the FIFLP governing board analyzed “the restructuring of the dates of the territorial competitions before the resumption of the same as a consequence of the positive evolution of the epidemiological situation of each island derived from the pandemic.” The possibility of ending the competitions in July has been studied.

The Third as proof

The Third Division returns to Las Palmas today with two matches where the mask will be the protagonist in the matches between Villa Santa Brígida against Unión Viera and Panadería Pulido San Mateo against San Fernando.

The FIFLP published a clarifying note in relation to the resumption of the competitions in Fuerteventura, scheduled for this weekend, and the postponement requests made by different clubs. The conclusion is that “there are no different elements that allow such requests to be favorably received.” | LP / DLP

Madrid holds Liverpool and will fight for the Champions League final

Santi Aldama is presented to the next NBA Draft