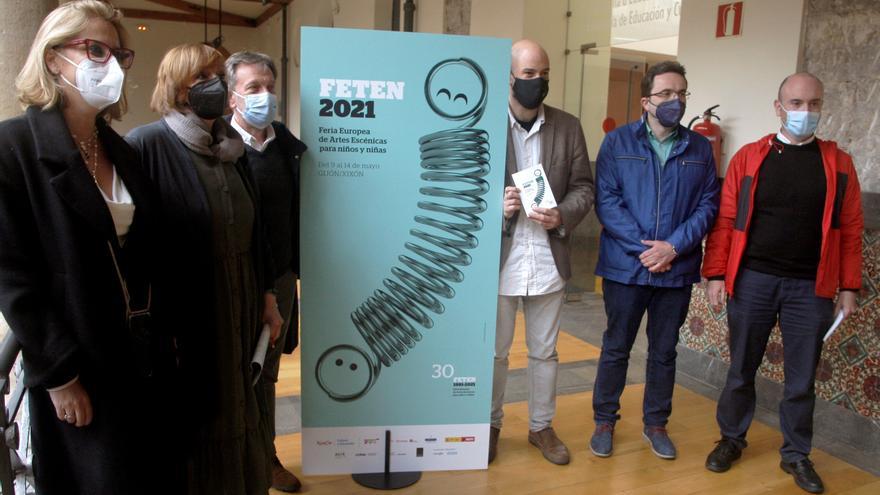 Gijón, Apr 30 (EFE) .- A total of 39 companies will perform in 88 functions during the thirtieth edition of the European Fair of Performing Arts for Boys and Girls of Gijón (Feten), which will take place between May 9 and 14 with a format adapted to the sanitary conditions imposed by the covid-19 pandemic.

The fair will take place in the usual face-to-face format, but with limited capacity indoors and the maintenance of distance between the public in open-air shows, and also via telematics.

The organization has given priority to accredited producers for access to the shows and will make the remaining seats available to the public upon request on the fair's website.

Feten maintains its essence and one of its main characteristics is to serve as a showcase so that artists can show their works to producers, said the director of the event, Marián Osácar.

Despite the limitations imposed by the pandemic, the fair maintains its commitment to quality and variety of shows, Osácar said in the presentation of the program.

The director has said that the current conflicts will be present in the theme of the programmed works, although with a language that makes them accessible to children.

Six premieres will be staged, "Natanam", by the Andalusian company DA.TE Danza; "Fly me to the moon" and "I'm a nut", by the Catalan Leandre Clown and Zum Zum Teatre; "Rueda", by Producciones Chisgarabís from Madrid; "Retales", by the Navarre Yarleku Teatro; and "Pan", by the Asturian Teatro Plus and Olga Zeceva.

The bandstand on the Paseo de Begoña, the Plaza del 6 de Agosto and the Náutico will host open-air performances.