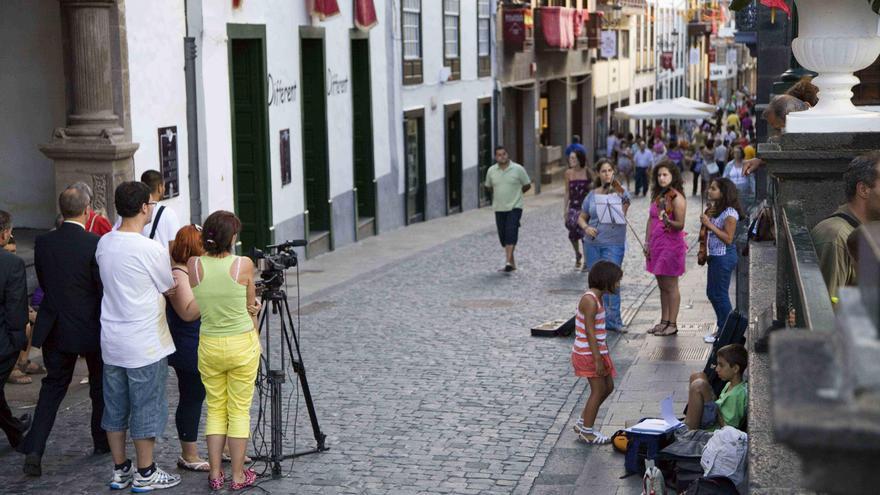 Festivalito La Palma, one of the most beloved cinematographic appointments of the Archipelago, returns with the desire to spread illusion, joy and culture to the entire island. The contest will be held from May 13 to 21, 2022 with a clear message: support the people affected by the Cumbre Vieja volcano. José Víctor Fuentes, director of the event, states that this will be a "very emotional" edition that has three main novelties, the first, the organization plans meetings, screenings and multiple activities in the municipalities of El Paso, Los Llanos de Aridane, Tazacorte and Santa Cruz de La Palma; In addition, the Festivalito Sonora will be organized, a commitment to live music; and the second edition of the Festivalito Campus is ready, an initiative aimed at children between 6 and 18 years old.

«The volcano is still present in all of us, we are in the stage between mourning and reconstruction, so it is time to take new steps», emphasizes José Víctor Fuentes. For this reason, the Festivalito itinerary has been extended. Initially, this year's venue was arranged in La Palma capital next to El Paso, a decision made since September 2021, but given the given events, "we told ourselves that we had to do it compulsorily in the affected municipalities." The tour de force it will begin on Friday the 13th in El Paso, then continue on Saturday to Los Llanos de Aridane, stopping in Tazacorte on Monday, Tuesday and Wednesday, turning to Santa Cruz de La Palma on Friday and closing in El Paso again -the details are expanded on the festival website-.

Accustomed to the participation and involvement of public figures from the Islands in the style of comedians Aaron Gómez, David Sainz, the members of Abubukaka, Gazz or Kike Pérez, the person in charge of the Festivalito anticipates that it will be done «a grand opening in format Show; the idea is to broadcast it online and that a large part of the money raised goes to the people affected by the volcano. The organization announces that the programming will be closed in mid-February. However, it advances some outstanding meetings, such as the presence of the director Mabel Lozano to collect her Tribute Star, since in the previous edition it was impossible for him to attend.

The commitment, in the face of all adversity and with Covid-19 in between, is summed up by Fuentes: «Not only will there be an economic but also a social impact, this Little Festival will be full of joy».

One of the adversities that Festivalito La Palma always encounters is budget instability. "Sometimes, we have it in the same week," says the producer, however, nothing discourages this cultural commitment, which many have described as "small, but thuggish." The economic planning establishes a contribution of between 100,000 and 200,000 euros necessary to finance the project, "90% of the budget stays in La Palma because we are committed to productions and professionals from the Islands," says Fuentes. At that point coincides the musical bet, since urban styles, rockers, indie, or world music, will be performed by island artists. Among them, the concert of the Tenerife rapper Bejo, as well as Los Vinagres or Arístides Moreno & 101 Brass Band, among others.

The sixth edition has a promotional poster, made by Carlos Hernández -alias Chico:mente-, according to the feeling of La Palma population: a volcano that is born from the head of a woman. The memory is still soaked by the lava that, for 85 days and eight hours, crossed the island. «I was talking to an acquaintance at the El Paso City Hall and he told me that he could not get the volcano out of his head, I asked him to tell me what image came to him and he told me that it was a head split in two from where the crater emerged . This is the feeling of the vast majority of clappers: we do not want them to forget us or give us anything, just that they be considerate of us», recalls the also filmmaker.

Fuentes is not directly affected, fortunately, because his house was one kilometer north of the cone. However, he has lived through the tragedy through the experiences of his inner circle. A story that will be reflected in the documentary film ashes, in post-production phase. It is not yet clear if this will be the final name of the realization that arose as a result of the WhatsApp Punkis de postal group. «The story moves in a nebula between reality and fiction, it shows what the media did not tell». While, "this Festivalito is a new stage, the dawn of resurgence».