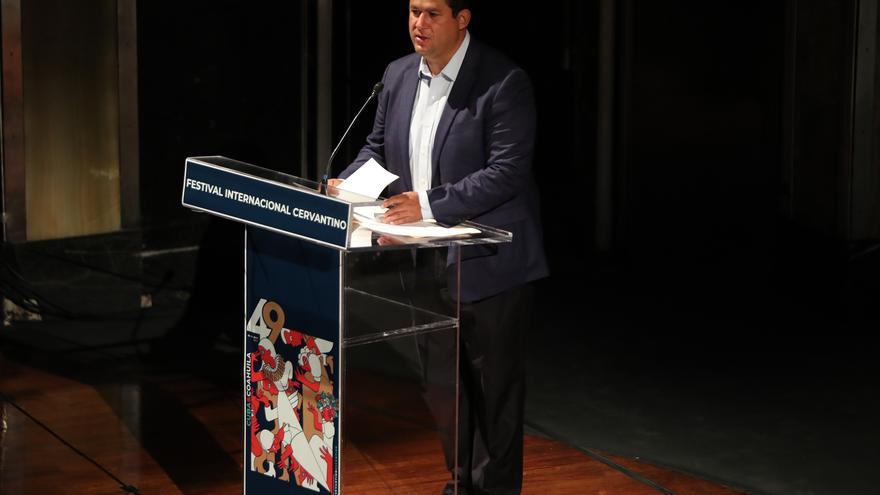 Mexico City, Jul 21 (EFE) .- The International Cervantino Festival (FIC) of Guanajuato (Mexico) will return to the face-to-face modality, which will be combined with the virtual one, from October 13 to 31 in its 49th edition, whose ambitious program will be presented this Wednesday.

It is one of the five most important interdisciplinary cultural events in the world, according to Diego Sinhue Rodríguez, governor of the state of Guanajuato, in the center of the country, at a press conference. They will be face-to-face and 29 exclusive online.

“Making a festival is a titanic task and everything is done to bring together the most prominent of the national and international art scene for 19 days, to offer a wonderful break from the everyday,” said Mariana Aymerich, director of the FIC at the event. presentation, held at the Palacio de Bellas Artes.

Prioritizing open spaces but also with shows in the emblematic Teatro Principal and Teatro Juárez, with all sanitary measures, the festival will have as guests of honor the same as last year, when a virtual edition was held: Cuba and the state of Coahuila .

The inauguration, which is held every year on the esplanade of the Alhóndiga de Granaditas, will be carried out by the Cubans Formell and the Van Van and the Coahuila Desert Philharmonic.

The representatives of Cuba and Coahuila were very grateful to be able to participate for the second year as guests at the Cervantino, this time in person.

As representatives of Coahuila will attend, among others, the Cardencheros de La Laguna, Grupo Escrito, the Nahucalli Folk Dance Company or Desierto Teatro.

The artists, from 20 countries, said the director, join the common effort and teamwork essential for this edition of the FIC to be a success despite the difficulties faced since March 2020 due to the coronavirus pandemic.

“There is no celebration more enriching of the human spirit and reason than the one in which human beings from different latitudes of the earth come together to exercise their art and share it with those who see and hear them. This dialogue sets us free, reveals feelings of love and solidarity, “continued Aymerich.

The FIC, which is one of the four most important festivals of this format, seeks to bring together artists and the public, in addition to providing training and promoting artistic creation.

During the 19 days of celebrations, multiple theaters, squares and streets of Guanajuato will function as stages, which will turn the entire city into a great artistic space.