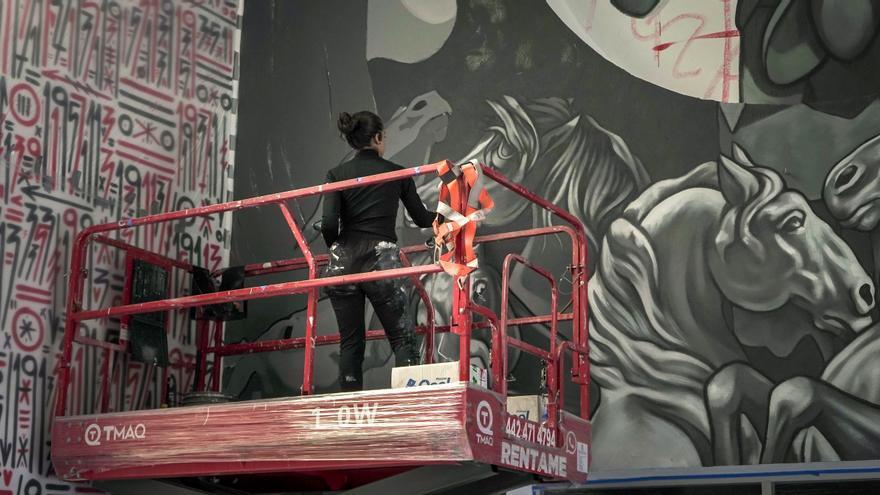 Querétaro (Mexico), Jul 16 (EFE) .- A bilateral festival between Mexico and Spain seeks to resignify the conception of the arrival of the Spaniards to Mexican territory 500 years ago to stop perceiving it as a conquest and contemplate it as a migration .

The International Festival of Urban Art called “Mexpania” is produced, curated and financed by the platform Nueve Arte Urbano, and consists of two stages, the first in Mexico, which took place between July 1 and 10, and the second that will take place in Spain from August 10 to 20, 2021.

Edgar Sánchez, founder of Nueve Arte Urbano, explained that it is a project where Spanish and Mexican artists intend to propose new narratives of the historical process that, in the case of Mexico and Spain, began on August 13, 1521, when Cuauhtémoc was captured. , the last Aztec emperor and began the colonization process.

“We want to affirm that migratory processes like this one, like the first Spanish migration to Mexico, are very common in the development of nations and entities,” he said.

During his time in Mexico, he made a creative retreat in the Mexican semi-desert to dialogue and find a common narrative that served as inspiration for the creation of four monumental murals.

These murals will be part of the collection of the current Museum of Urban Art of Mexico (MARUM) located in the vicinity of the Centro Educativo Cultural del Estado de Querétaro (CECEQ).

During the second stage, in Spain as the headquarters, the mountain of Montserrat will be visited to consolidate the discourse of creating the artistic works and later create four additional murals.

Edgar Sánchez pointed out that “Mexpania” seeks to affirm that human beings are the product of a process of migration and miscegenation, without pure races.

Arcadi Poch, Spanish artist and founder of Vogelkop and who is also part of the festival organization, considered that he can bring Spanish sensitivity to this issue because although he stated that they do not justify their ancestors or take pride in what happened, another can be shown look of that historical moment.

“This look towards the past has to allow us all to learn to build a better world,” he said.

Among the Mexican artists are Paola Delfín and Pilar Cárdenas, creators of fantastic realities; while on the Spanish side there are Daniel “San” Muñoz, an artist of Extremadura and Sixe Paredes, a Catalan artist; maximum exponents of urban art in Europe.