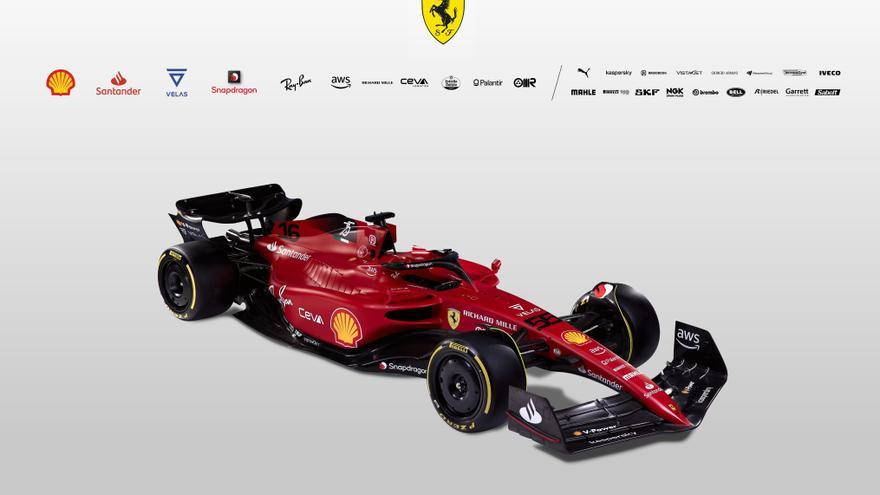 The Ferrari team presented its new single-seater, the F1-75, for the 2022 season, a car that according to the Italian Mattia Binotto, team director, "has the perfect expression of the efforts of the entire team".

Mattia Binotto, director of the Italian team, carried the weight of a presentation in which the two regular drivers were also presentthe Monegasque charles leclerc and the spanish Carlos Sainz, of which he said that "they are still very young, but they already have a lot of experience".

"Today is a very important day for us. This car is the product of our effort, dedication and passion", Binotto stated.

"In recent years, the results have not been what is expected from Ferrari.. We started in 2019 a change of direction and we went through very complicated moments, but we have once again become a strong and united team, which has the perfect expression of our efforts in this car. It's time to show it against our rivals", expressed the leader of the 'Scudería'.

The single-seater maintains as its protagonist the characteristic red color, although combined with black touches in the lower part, and introduces the new technical additions required by the new regulations.

The new regulations have forced the teams to adapt to a new model car and have had less freedom for mechanical issues: "There are many changes. Starting with the nose, the spoiler and the wheels, now 18 inches. All based on the regulations, of course," Binotto confessed.

"Most of the effort has gone into the power unit, the engine, which is where we had more freedom. It is completely different in terms of cooling. We put a lot of work into this over the winter because we think it's the key element. We have also worked on the suspension," he added.

The name of the car refers to the 75th anniversary of the 'Scudería' in Formula One, the only one that has competed in all the seasons of the history of this sport. In addition, the car will run during the season with a logo with the number 75 on top.

"I am personally proud of the work we have done, because it reflects our commitment and above all our passion. It is what I would call a Ferrari bravo", sentenced the 'Team Principal'.

Binotto praised last season for his drivers. Especially that of Carlos Sainz, which finished fifth in the overall drivers' table, greatly helping Ferrari to third place in the constructors' championship.

"For us it has not been a surprise that you have been so fast this season. I think you have fit in very well with the team and have evolved to finish the year very solid."Mattia assessed.

"I am more than ready for 2022. Last 2021 was a great year for me, because it has allowed me to adapt and see how Ferrari works. It has been a great experience. Now is the time to go one step further as a team. We want more success for 2022, we are going for it," said the driver from Madrid.

About the car, Sainz was satisfied with its appearance, although he gives more importance to it being fast on the track: "I think it's aggressive, radical and beautiful. I hope it's quick," she said with a smile.

The new red single-seater will roll for the first time on a circuit in Spain. The Circuit de Catalunya will host the first tests of the season on February 23, which will bring together the new cars of all the teams.