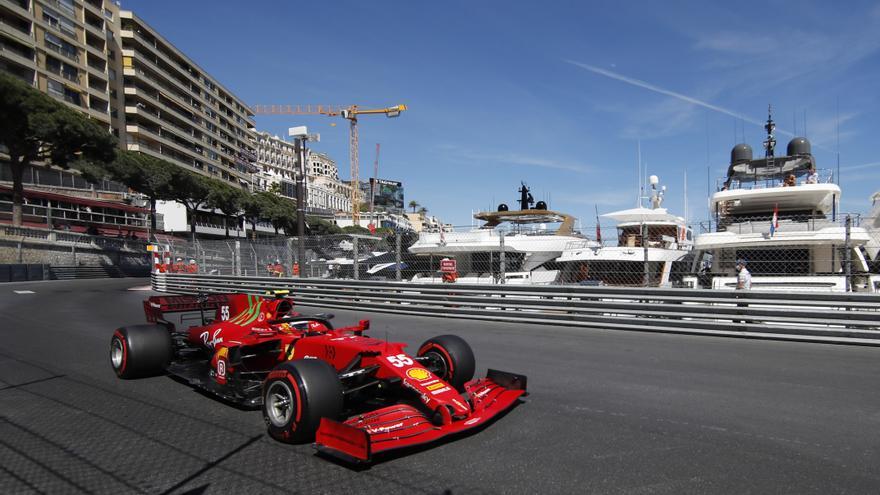 The Ferrari from Monegasque Charles Leclerc and from spanish Carlos Sainz dominated this Thursday the second free training session for the Monaco Grand Prix, the fifth of the World Cup Formula 1, in which the Mexican Sergio perez (Red bull) marked the eighth time and the other Spanish on the track, the double world champion Fernando Alonso (Alpine), the twelfth.

In the best of his 30 laps, Leclerc -which had not ridden in the first session, due to a problem in the gearbox- covered, with a soft tire, the 3,337 meters of the narrow and winding urban track of the principality of the Côte d’Azur in one minute, eleven seconds and 684 thousandth , 112 less than Sainz, who turned one more lap than his partner. In a session that English Lewis hamilton (Mercedes), a seven-time world champion and leader of the championship, set the third time, a 39 hundredths of the Monegasque.

The dutch Max verstappen (Red bull), second in world, 14 points from Hamilton, marked the fourth time, four tenths behind Leclerc, in the mythical Monte Carlo circuit -which is scheduled for 78 laps on Sunday, to complete a 260-kilometer route- in the afternoon session, in which everyone set their best time on the soft tire. And in which the other Mercedes, that of the Finn Valtteri Bottas, was registered fifth in the timesheets, 423 thousandths behind Sainz’s partner.

‘Checo’ Pérez, who had set the best time in the morning session, finished the second trial with the eighth clock, in which the best times of the day were set – all with the soft -, with sun and blue sky; and that it ended at 21 degrees Celsius ambient and 45 on the asphalt. The brave pilot from Guadalajara repeated the Monegasque route 24 times and in his best turn he was just over a second behind Leclerc.

Alonso -who, after two years absent, returned to F1 with the team with which he celebrated his two titles-, in the process of ‘readaptation’ still to the track where he won twice (2006 and 2007), mThe twelfth time of the session arose.

The Asturian double champion spun 27 times and stopped the clock at 1: 13.175, one second and four tenths behind Leclerc. In a rehearsal that ended, with a red flag, three minutes ahead of schedule; due to the mishap of the german Mick schumacher -son of the seven-time world champion Michael Schumacher-, who had blown the right rear tire of his Haas when he touched the protections going up towards the Casino.

The son of the ‘Kaiser’ could not finish that lap, leaving his car in the middle of the track in the area before the tunnel, which is why the red flag was waved, shortly before deciding that the cars would not return to the track.

During most of the time and unlike what happens in other ‘free seconds’, the drivers dedicated themselves to training on one lap, to the detriment of long runs, given the importance that qualifying on Saturday will have in Monaco. Which will be played hours after the third free training session, after the rest day this Friday; on a track where it is very difficult to overtake.

Time table of the second free for the Monaco GP: