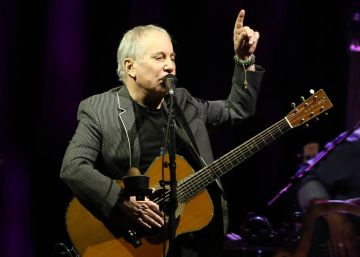 I know that today’s list is like a greatest hits, but I can’t help it. Paul Simon has been an important company since my older brother came home with the single of Mrs Robinson and Scarborough Fair, with that American campus scent that he captured so well (and used) Mike Nichols in The graduate.

When Simon and Garfunkel they parted, for me it was good news. Mike Nichols used Art Garfunkel of actor in that other gem that is Carnal knowledge And Paul Simon began his solo career, which has given us so much joy.

Paul Simon put lyrics and music to the seventies and eighties and, aware that he did not want to be just a New York intellectual singing, he always strove to mix with other rhythms and other music, starting with the Latinos who were at hand in New York , with Caribbeans and Brazilians, with avant-garde musicians, and those who gave him the greatest success of his career, the South Africans, in that authentic cultural transfusion that is Graceland and it was like the cherry on the fight against apartheid. Simon has been an important part of the soundtrack of my life and I am always happy to hear it.