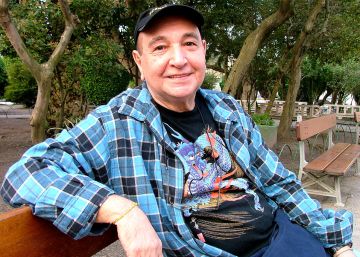 A genius of the Brazilian piano, João Donato was (are) such a great guy that at the age of 20 he already had several records recorded. And your friend João Gilberto He said that his famous guitar beat had been taken from João Donato’s piano. In fact Donato and Gilberto always shared eccentricity, although different types of madness. Donato’s friendliest. Douce folie.

Jobim He produced one of his first records. But his overly innovative and jazzy style made it difficult for him to perform in clubs that wanted dance music. His trio album Muito a vontade It is a classic, although not the only one.

He decided to try his luck in the United States. It was for a couple of weeks and he stayed 14 years. He was a pianist at Bud Shank, Mongo Santamaría, Cal Tjader and Tito Puente, among others. He did not return to Brazil until the early 1970s. There he has continued all these years composing, playing, recording and inspiring the youngest.

Among his latest works, two duo albums with old friends, Bus Shank and Paulo Moura. Donato continues playing because it is his way of breathing, of “speaking”. His brain and heart are made of music. Between the two, a great and permanent smile.