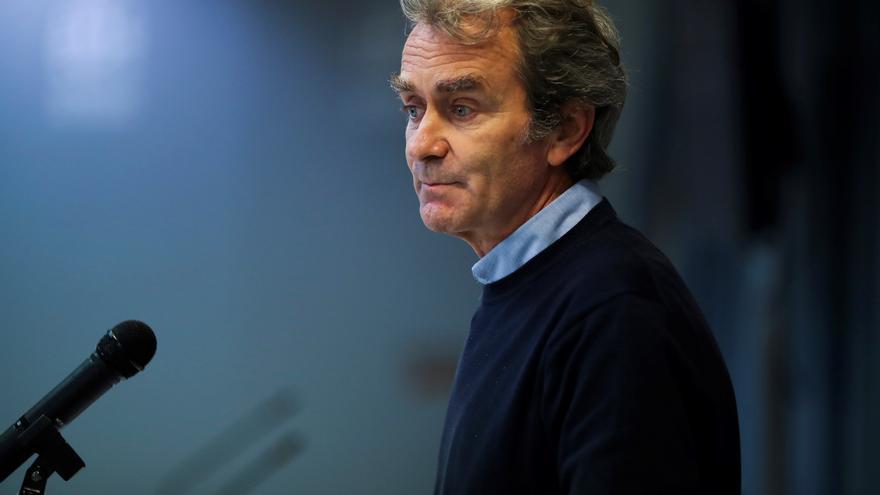 Fernando Simón and part of the team he directs at the Center for the Coordination of Health Alerts and Emergencies (CCAES) -among them his second, María José Sierra- and from the General Directorate of Public Health of the Ministry of Health have published this Wednesday a letter in the scientific journal The Lancet addressing some of the possible causes of COVID-19 data in Spain and defending aspects of both central and regional administration management, especially in the diagnosis and tracking of the disease. Also pointing to the difficulties that have arisen from the polarized political and social environment during the crisis.

Specifically, “Spain considerably increased its response capacity after the first wave of this virus,” he says, and with “an improved test-trace-isolation strategy”, “more than 80% of patients were diagnosed with PCR. suspects “and to track 90% of the positive contacts – they cite a report that has not yet been published. But “weaknesses persist in the system, chronic disinvestment in primary care, public health, digitization, research and innovation, many bureaucratic procedures and little availability of trained professionals.” In turn, they regret that “politicization and the climate of confrontation” has caused “effective communication of the crisis to be a challenge.” Also that it is “probably” hurting “response efforts.”

“An earlier start of the second epidemic wave of COVID-19 in Spain compared to other European countries has generated open criticism of the response of public health administrations. We want to contribute to this debate in a constructive way, sharing our perspective as professionals involved in the response, although many aspects are outside our direct competence “, begins the letter. After the first wave, “the capacity to perform PCR was similar to those of other countries and has been further strengthened, with a current national weekly testing rate of 2,563 per 100,000 inhabitants,” they argue, “and the health workforce public has tripled “. They calculate that currently, in the middle of the second wave, between 60 and 80% of those infected are detected. They are based on the seroprevalence study of the Ministry, although the second batch of this has to be published this December.

Simón and his CCAES team defend that “all strategies and protocols were integrated into an early response plan updated and adapted at the regional level. It includes provisions to increase epidemiological surveillance, all test-trace-isolation procedures, strategic reserves and healthcare capacity. It was adopted in July. ” They refer to the plan that the Ministry presented in the summer to deal with that then already probable second wave of COVID-19. In October it was updated to further detail what measures should be taken by regional governments and from what levels of incidence, positivity or hospital pressure, because the first version did not contain specific indicators.

“Difficult decisions are being made, weighing the scientific evidence, uncertainties, feasibility and costs,” they continue. They also maintain that collaboration between administrations, scientific societies and external experts is being constant, with meetings at all levels “at least once a week” – the Interterritorial Council meets every Wednesday, a meeting between Minister Salvador Illa and the Autonomous councilors of the branch, to which Simón-

The CCAES and Public Health team, although they argue that detailed information is given on the pandemic, recognize that “the greater availability of detailed data can help strengthen the participation of the scientific community and increase public confidence” and that therefore “Work is being done in this direction.” They also talk about the management evaluation process that is already underway, and that a group of top-level scientists asked the Ministry already in summer. It is “ongoing,” they write. Minister Illa committed to this and created a working group with the autonomies to begin designing this evaluation, although a first approach should have been ready almost a month ago, according to the terms set by the Ministry itself.

Such examinations and other research “can further clarify the main factors influencing the progression of the epidemic and the short- and long-term changes that are most needed.” For example, to know if factors such as “structural inequalities”, “the age of the population” have influenced the advance of the pandemic in Spain – they recall that Spain is one of the oldest populations in the world -, “the limits of welfare state policies “or” high rates of internal mobility. ” “In the current scenario, maintaining and further strengthening response capacities are challenges in which we are involved,” with the challenge of controlling “pandemic fatigue.” The letter concludes thus and recalling the “politicization and the climate of confrontation.”