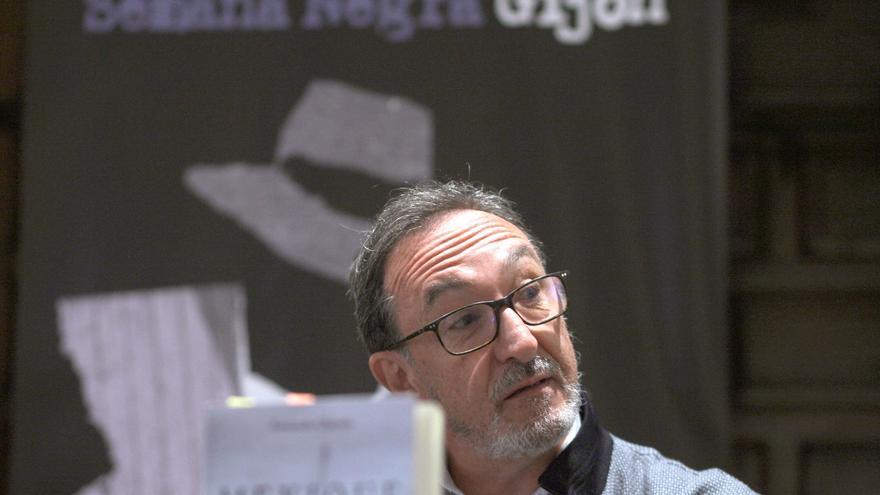 Gijón, Jul 14 (EFE) .- The journalist and writer Fernando Olmeda has paid tribute to the thousands of Republicans exiled from the Spanish civil war who emigrated fleeing “from repression and almost certain death” after the triumph of the national side in his latest novel, “Mexique”, a fiction “based on real events.”

The author has presented the work this Wednesday at the Black Week in Gijón, where he has assured that the events it narrates “are real”, although they have been passed through the sieve of literature to achieve an agile and entertaining reading.

Olmeda has said that she had “a very interesting experience” by stepping into the shoes of Sofía Blasco, the anti-fascist journalist, playwright and actress who left testimony of the odyssey experienced by the Republicans who traveled on the ship “Mexique” from Bordeaux (France) to Veracruz (Mexico) in July 1939.

The writer has indicated that Sofía Blasco was an extraordinary woman, ahead of her time, an unarmed militiawoman who, aged 50 and with an 18-year-old son, supported the Republican front in Madrid, where the militiamen called her “little mother.”

The novel mixes the genres of fiction, non-fiction and autobiographical stories in a text that rescues the “melancholy and hope” of the passengers on the ship that led them to freedom and the possibility of a better life.

Olmeda recalled that almost all of the travelers felt melancholy for the land they left behind in the hope of being able to return one day, although very few succeeded and lived the rest of their days in exile.

The work begins when a historian buys from an antique dealer a briefcase containing an unpublished manuscript signed by Sofía Blasco that condenses the experiences of those 2,000 people who squeezed into the ship’s cabins and corridors.

In addition to giving a voice to Sofía Blasco, Olmeda recovers the names and words of deputies, mayors, trade unionists, teachers, doctors, artists and other passengers forgotten by official history who relate their experiences in the war and express their state of mind during the crossing.

The author has highlighted that on board the “steamers”, which was how passenger ships were called at the time, traveled people who embodied “the best of a generation that fought for what it believed was fair.

This migration contributed with their experience and skills to the development of Ibero-American countries in need of skilled labor at a time of change in their economic and productive structures, he added.