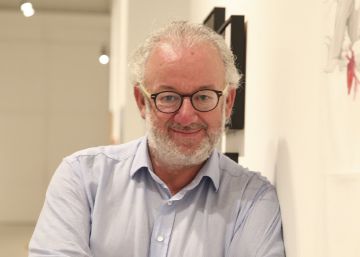 The resignation of senior officials in the new Andalusian government seems to have become an incessant drip whose last chapter has starred on Monday the General Secretary of Cultural Innovation and Museums of the Junta de Andalucía, Fernando Francés (Torrelavega, Cantabria – 1961). This is the resignation number twelve produced in six months and that French has carried out through a letter sent to the Minister of Culture, Patricia del Pozo (PP), which has had access The country. In it, the former director of the Center for Contemporary Art (CAC) of Malaga and a trusted person of the presidency counselor, Elías Bendodo, in the cultural field, says he has never "burned so much in a job in such a short time" , in relation to his limited tenure at the head of the public agency that manages all the assets and cultural public enterprises of Andalusia, which he arrived last February.

In fact, his election has already provoked reactions from the opposition in the Andalusian Parliament, given the alleged incompatibility to hold the position due to the connection of Fernando Francés with the private company Cultural Management and Communication, awarded in the contracting of services of the Center of Contemporary Art (CAC) of Malaga, of which French has been director for the last decade. However, the counselor, Patricia del Pozo, defended before the Chamber that French had ceased to be the owner of said company one day before being appointed to the office by the Andalusian Government, so there was no incompatibility or irregularity about.

Also, last July, the decision of the Prosecutor's Office of Malaga was known to file an investigation open to Fernando Francés for his time as director of the Center for Contemporary Art (CAC) of Malaga, in relation to the alleged irregularities in the purchase of cadres not appreciating any criminal offense.

However, his citation continues in the Court of Instruction No. 4 of Santander on October 23. There you will be tried for an alleged crime of “minor injuries” against the plastic artist Marina Vargas (Granada, 1980), which, according to the report of the complainant, struck on July 15, 2018, during the celebration of the Santander Art Fair.

In addition to judicial matters, the name of Fernando Francés has also been exposed mediaticly after the resignation of his charges to the director of the Andalusian Center of Photography, Rafael Doctor, who had reached office after winning a public contest of good practices; and his counterpart in charge of the Centro Andaluz de las Letras, Juan José Téllez, who also had two years to complete his project won by contest.

However, French has decoupled his resignation from judicial and political controversial matters, and alleges "personal motives." "The illusion has evaporated," he says in the letter, in which he also denounces that "it has been frustrating that there are no strategic plans for cultural policies and that the political opportunity mortgages the action and decision-making." The cultural manager suggests that his relations with the Ministry team have not been good and he protests because "the criteria based on knowledge of the sector, in the selection for quality, in the absolute absence of political sectarianism and in pragmatism in management, have not been fully understood or accepted by those with the highest responsibilities within the Ministry. " "I think that the management of the public would do much better if models were applied without prejudice to civil and private experience," the note adds.

Despite this, he encourages the councilor to "consolidate the changes initiated, because they will be useful for the image and evolution of Andalusia and for its citizens," concludes French in his farewell.