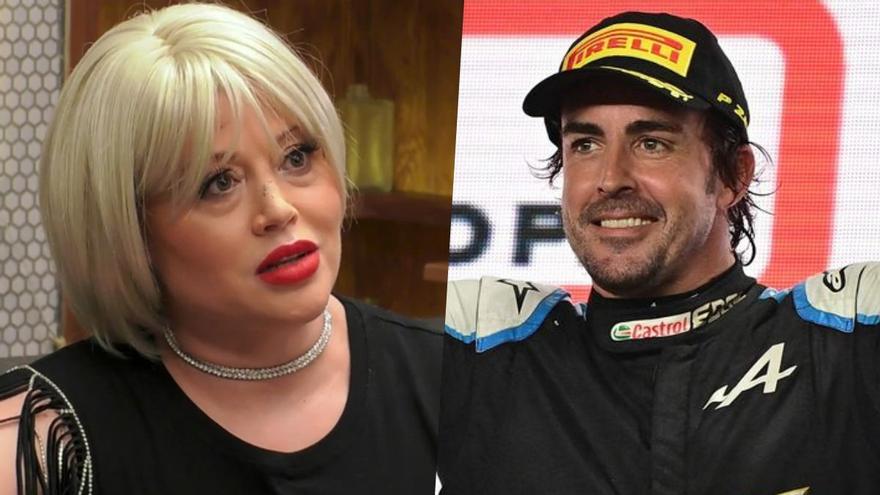 Fernando Alonso was present in a metaphorical way in the restaurant of ‘First Dates’ thanks to Paloma. This 47-year-old retiree from Zaragoza confessed that the Formula 1 driver and double champion was her ideal prototype as a boy during his first minutes at the bar: “He is unique, he has a very serious personality, but when he smiles the world falls down. He has magic.”

“I am looking for a man who above all is faithful and loves animals, he is a priority, I have three and they are my life”Paloma told Carlos Sobera after being asked about the requirements what kind of person she was looking for in the first minutes of her visit to the program.

Moments after his arrival, Paloma knew that he was going to meet José, a 51-year-old elevator mechanic from Barcelona, ​​who entered the premises assuring that he used to take life in a more disciplined way: “But since I had my heart attack, I have realized that it can escape you in a second and you have to enjoy every minute of it“.

Once seated at the table, the truth is that both took advantage of the evening to get to know each other better and better, finding important differences. In fact, they both collided on the subject of animals and dogs, one of the most important for Paloma. “My ex let the dogs we had sleep inside the house, but no, they had their place and it was not inside. I consider that having a dog in a flat is torture for the animal because it has to run and be free,” he said. Joseph.

“You don’t understand dogs. It’s more, honestly, I’d have a dog at home before than a man”Paloma replied to José, adding that she lived in her apartment with her three dogs.

In the last minutes of the appointment, the matter of the animals was transcendental in ‘The final decision’ of both, since neither of them wanted to have a second date with the other. “She is not my type and the subject of the dogs is something sacred”, Paloma explained before leaving the restaurant of ‘First Dates’.