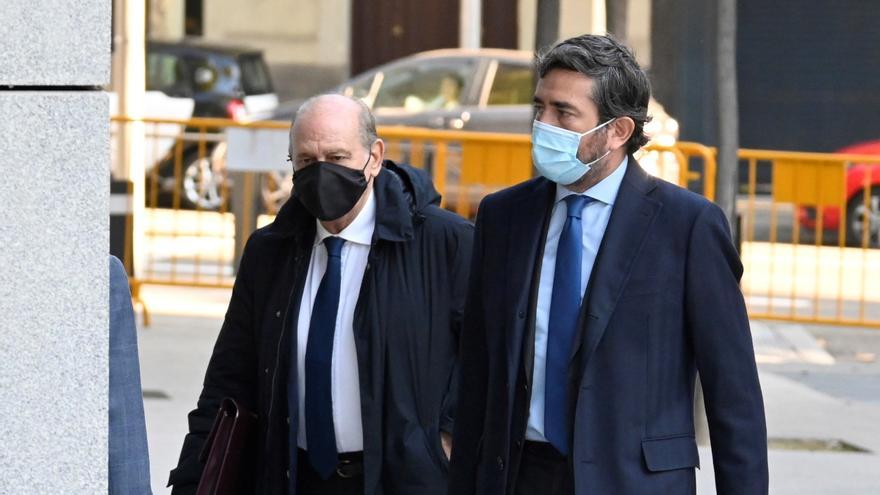 The Interior Minister between 2012 and 2016, Jorge Fernández Díaz, has cast himself before the judge in that he never knew about the espionage operation against Luis Bárcenas, at the same time that he has accused Francisco Martínez of lying. The messages seized from the Secretary of State for Security at the time were never sent or received by him, Fernández Díaz has come to assure in his statement as investigated, they inform elDiario.es sources present in it.

The former minister has insisted before Judge Manuel García-Castellón that the fact that Martínez deposited those messages before a notary does not exempt them from having been previously manipulated. Faced with this assertion, the prosecutor Ignacio Stampa has asked the judge to seize his mobile phone from Fernández Díaz. Fernández Díaz’s lawyer has replied that his current terminal does not keep that time of messages and that they had already searched for them without success. At the end of the statement, the lawyer has assured that his client has handed over the phone “voluntarily”, always after the Anti-corruption claim. Stampa will not participate again in the statements of the Villarejo case after the State Attorney General, Dolores Delgado, has not assigned him the Anticorruption position that he occupied on commission.

Francisco Martínez, also investigated, declared the previous one that, as these messages show, the minister knew about the investigation of Bárcenas, but added that it was perfectly legal and that it had the purpose of accessing the money supposedly hidden by the PP ex-treasurer and his front men .

During the statement, Fernández Díaz lamented Martínez’s attitude and asked himself, before the judge, what harm he could have done to his former secretary of state in addition to appointing him to the position. The former minister has said that if the espionage operation existed, it was “a great disloyalty” towards him and that he had to find out from the press. The judge has snapped at him: “You did not know anything.” At another time, the magistrate has concluded, from the words of the former minister, that his department was “a kingdom of taifa.” “I’m not going to say no,” replied Fernández Díaz. The accused has refused to respond to the Prosecutor’s Office and the rest of the parties. He has only answered the magistrate and his lawyer.

He has also insisted on several occasions that he never received instructions from his superior, the Prime Minister, Mariano Rajoy, in that direction. To support this thesis, he has given as an example the search ordered by Judge Pablo Ruz of the Genoa headquarters. Rajoy called him and he had to answer that he had found out from the media.

Fernández Díaz has said that if someone had an interest in obtaining alleged documentation in the possession of Bárcenas, no one told him, which has also ruled out the involvement of María Dolores de Cospedal. The former secretary general is pending that García-Castellón decides on the summons as investigated that Anticorrupción requested in September.