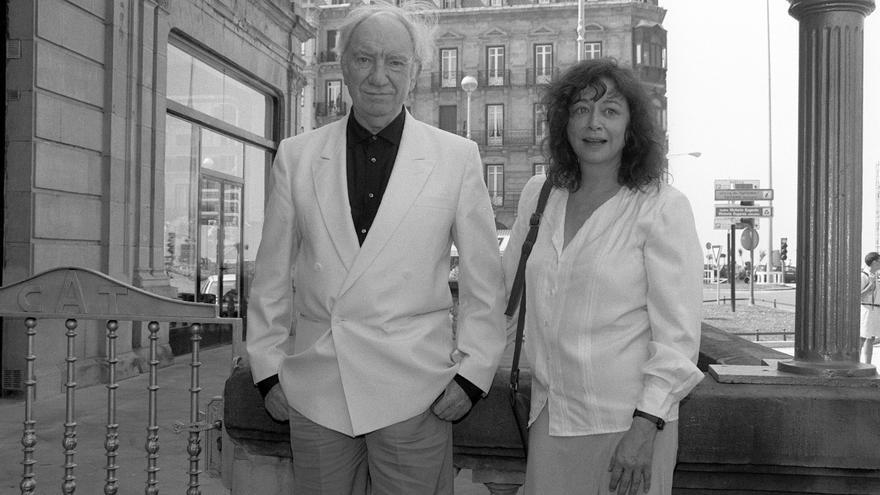 Madrid, March 23 (EFE) .- Coinciding with the commemoration of the centenary of the birth of Fernando Fernán Gómez (1921-2007), his granddaughter Helena de Llanos plans to premiere next fall a documentary about his grandfather and the one who was his partner during many years, the also actress and writer Emma Cohen (1946-2016).

Shot in the house in Algete (Madrid) where they both lived together and that De Llanos has preserved "almost like a museum", according to what producer Félix Tusell told Efe, the film is entitled "Journey to somewhere", a nod to one of his grandfather's most applauded novels and later films.

It will be an "experimental, author's" documentary, narrated in the first person by De Llanos that will introduce the viewer to the creative universe of Fernán Gómez, but also the most unknown of Emma Cohen, a tribute "to the spirit of freedom and imagination that characterized both ", says Tusell (Estela Films).

Cohen directed several short films in the 1970s and 1980s, the restoration of which has recently been undertaken by the Filmoteca de Catalunya, also under the supervision of De Llanos. "If she did not make the move to feature films, I am convinced, it is because of the added difficulties of being a woman in this industry at that time," says the producer.

With De Llanos herself as the protagonist - in addition to being a director and screenwriter - the film will intersperse current images with archive material from her films and will feature collaborations such as those of José Sacristán, Juan Diego, Óscar Ladoire or Tristán Ulloa.

Due to the art of technology and thanks to his physical resemblance to Fernán Gómez, Ulloa will put himself in the shoes of the filmmaker in the medium-length film "Juan Soldado" (1973) that he shot for television, based on a story by Fernán Caballero.

The documentary is a co-production of Estela Films, Pólvora Films (by Arturo Valls), La Coproductora and Enrique Cerezo. It has the support of TVE and will be distributed by A Contracorriente Films.

The institutional acts to commemorate the centenary of Fernán Gómez will start in the month of August - Fernán Gómez was born on August 28, 1921 - and will last for a year.