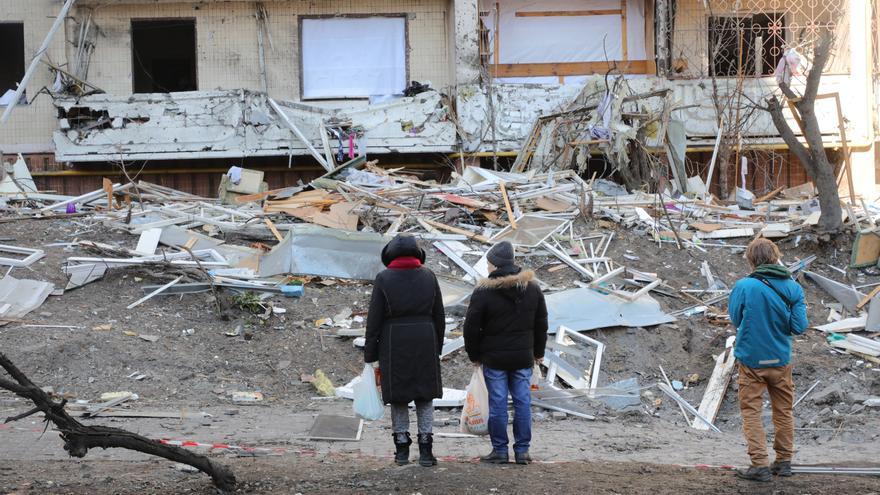 Under the title “Feminist resistance against the war”, feminists from all over the world – among which are the actress Alba Flores, the journalist June Fernández, or the Andalusian deputy Teresa Rodríguez – reject the war in Ukraine a manifesto against the russian invasion. In the note, the signatories "roundly condemn the military invasion led by the Putin regime" and denounce that it has already left thousands of dead and hundreds of refugees fleeing the country. Among the international signatories, names such as the Irish activist Aibhe Smyth or the French university professor Jules Falquet stand out.

"We are with the people of Ukraine, who want to restore peace in their lives and demand a ceasefire," the text says. They also position themselves in favor of the mobilized Russian citizenry –There are already almost 15,000 detainees in the country in protests against the war– against military invasion.

At the same time, feminists have positioned themselves against sending weapons to war and the decisions to increase war budgets because, they affirm, there are "other positions than those who influence military escalation." “Weapons perpetuate war, they perpetuate barbarism and they perpetuate suffering. There is no greater security than peace”, they express.

“We reject the warmongering spiral”

“We reject the positions issued these days that deepen the warmongering spiral. We reject the decisions that involve adding more weapons to the conflict and increasing war budgets. We reject security narratives that reinforce authoritarian logic and militarization. Not in our name”, they add in the statement.

Thus, the signatories have demanded to "boldly redirect" the offensive launched by Russia, for which, they say, "NATO is co-responsible", and have stressed that the de-escalation of war is "the only real path to peace". Among the measures they propose are those that directly affect the living conditions of Ukrainians, including "the immediate cancellation of Ukraine's foreign debt, which amounts to 125,000 million dollars."

The signatories insist that "war is irreconcilable with the essential values ​​and goals" of the feminist movement. "Learning from the painful experiences of war and conflict in Europe in the last century must mark our commitment and action," they underline.

“With this manifesto we collect the call launched by Russian feminist groups and we join the Feminist Resistance against the War! In this way we pick up the feminist thread of history that has participated in the struggles against reactionary wars”. The feminists declare that in this action they join all the voices that since the beginning of the offensive have been raised in Russia against Putin's war campaign and at the same time join the call of groups of the Russian feminist movement.