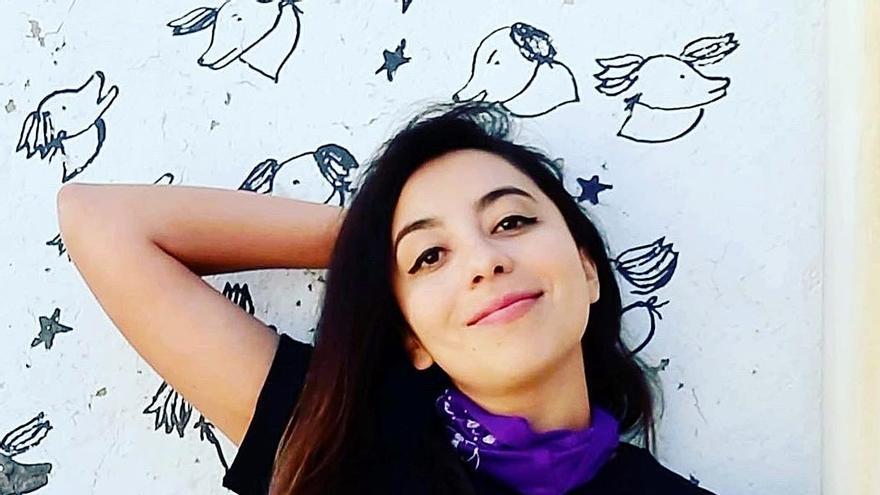 Mexico, Mar 31 (EFE) .- Mexican Laura Juliana Ramírez adopted her black and white dog and decided to undertake an illustration project when she saw that an animal awakens the inner child of many. Now, the Feminist Dog has become a benchmark with which many young women – and also adults – learn about the empowerment of women.

“I have always liked dogs and I adopted a pet. And I feel that a dog takes you back to childhood, takes you back to take care of something, of a being with which to learn. Nor do I believe that the dog as such has a sex, no He’s a man, not a woman: he’s a dog and that’s it, “Laura Juliana told Efe this Wednesday.

The now illustrator, thanks to this project, is essentially a documentary filmmaker – scriptwriter, camera, editor – although she had always enjoyed developing ideas from feminist narratives and was looking to explore how to bring them closer to other sectors of the population.

“I was looking to create content that would be closer to other audiences, that would be much more manageable. Inevitably feminism are radical ideas and sometimes people don’t take them the way we intend or they don’t reach the women we’d like to see because those who we really consume feminist content, we are the women who are there, “she explained.

Tenderness in the face of violence

This is how her animal companion arrived through which, she confessed, she projects herself and allows herself to relate to childhood and the innocence that dogs represent for her.

“I really like the phrase: the personal is political, because inevitably it is a diary of my life, they are the things that I am learning and they go through me. The dog is an imaginary corporality but deep down I am me,” he said.

A dog drawn with simple lines holding a sign that says “For those who were, are and come, we will fight together not only today, always!”, Or the same animal holding the phrase “Now that we are together, now that they see us , down with the patriarchy. It’s going to fall, it’s going to fall! ” They are conquering many young Mexican women who are joining the growing feminist movement.

In Mexico, more than 10 women are murdered a day, according to the analysis of multiple NGOs, and although more and more women take to the streets to express their anger, sexist violence continues to grow, in addition to the actions of the president Andrés Manuel López Obrador, who even declared that he does not consider himself a feminist, but rather “humanist.”

The young woman also saw in Feminist Dog an alternative to exposing herself, something that is complex today and that can bring many insecurities, including irrational hatred and digital violence.

“I decided not to draw myself because I was afraid. It is not easy to expose you and I liked the body of the dog,” she said.

INSPIRATION FOR MANY YOUNG PEOPLE

After the first illustrations the project grew, followers and especially followers of all ages came to his profile who were recognized in many of the drawings and phrases, while they were able to learn feminism from an artistic expression.

“The good thing is that there are many girls of 14 or 15 who tell me that they admire what I do and that it has helped them learn things,” she said.

But despite the fact that most of the comments and criticisms that Laura Juliana receives are positive, of course she receives criticism from men and “trolls” in networks, who have insulted her with “horrible” words.

However, the artist tries not to focus or dwell on that because, for her, violence is a patriarchal symbol to which she does not want to contribute. In addition, the phrase “our revenge is to be happy” also applies, which previously worked on a project with a group of women.

“The objective is not meaningless happiness, but I do believe that it is important for us to be happy even in our struggle and in our spaces, because what they seek is to intimidate us. Femicidal violence in Mexico is a profound response to that hatred towards us. “, he sentenced.

THE IMPORTANCE OF PERSEVERING

Her project has encouraged her to improve her illustrations, technique and even discipline with drawing, something she tried to convey to her students in the workshop “Feminist graphic narrative” that she taught at the Cultural Center of Spain in Mexico (CCEMX) within of her second feminist communication meeting that took place between March 24, 25 and 27 and which will be available on YouTube.

Now, in addition to continuing to grow with Perrito Feminista, Laura Juliana continues to develop other feminism projects, among which is a script on how romantic love has affected the women in her life or an investigation on visual files that women use in the TikTok platform.