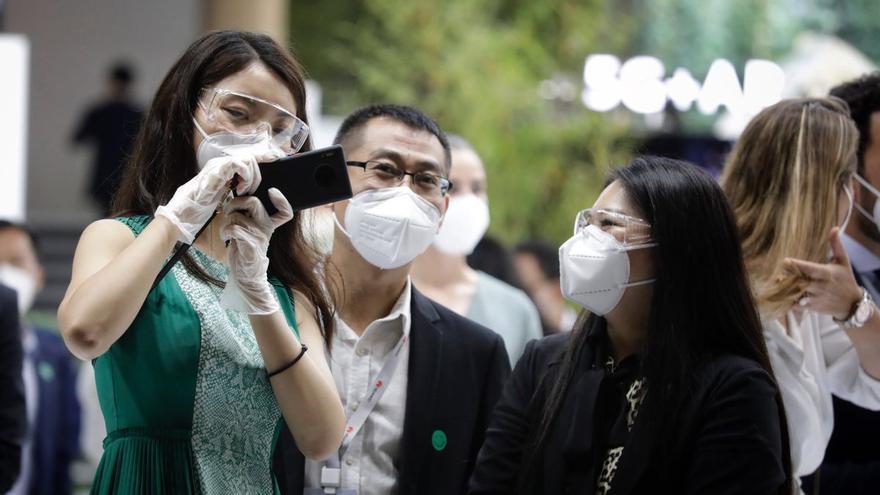 This next week, the Mobile World Congress (MWC) returns to Barcelona and l'Hospitalet de Llobregat with the promise of starting to recover pre-pandemic normality. However, and beyond what refers to numbers of attendees and economic impact, before the emergence of the coronavirus the normal in the technology sector dragged a big problem: the lack of inclusion of the women.

In the edition that starts on Monday, the technological congress will bring together more than 1,000 speakers from more than 150 countries, of which only 35% will be womenstill very far from the gender parity. Although it may not seem like it, that figure is a small advance. In 2019, the year before the health crisis, only 23% of attendees were women, a figure that in 2014 did not even reach 10%. The lack of female presence in the main talks of the fair it contrasted with some commercial pavilions full of hostesses to attend to the congressmen.

The significant gender disparity and low female representation is a challenge that Mobile is aware of. "We still have a long way to go," he explained last year to this newspaper John Hoffmannexecutive director of GSMAorganizer of the event.

This challenge is not just for the MWC, but for the entire technology industry. And it is that the congress that hosts the Catalan capital drags a structural problem of an eminently masculine sector. Think of large companies in telecommunications, mobile telephony, social networks or other technological fields. Does the name of a president or CEO come to mind? The problem is not yours.

In the United States, a technological powerhouse, women currently account for only 26.7% of workers in the sector. These figures are still far from parity, but it is also true that in recent years there has been a move towards greater inclusion. Last year the proportion of women in Management positions in technology companies it reached 10.9%, an increase of almost 4% that suggests that this progress can be normalized. This gender gap is also noticeable in Spain, where women make up 23% of the people who work in technology and telecommunications companies while 11.5% of leadership positions.

To make matters worse, the traditional masculinization of the sector has led to multiple cases of scandals for sexual harassment and demeaning treatment in those work environments. An investigation on sexism in the industry published in 2020 indicated that up to 40% of women had experienced situations of workplace harassment. In recent years, complaints by women have been uncovered in large companies such as Google or the video game giant Activision Blizzard (recently acquired by microsoft) ranging from macho attitudes to even violations. This has meant that, in the US, women are much more likely than men to leave their jobs.

To try to alleviate this problem that has been dragging the sector for years, Mobile has expanded its inclusion program, now under the name Diversity4Tech, which advocates greater representation of women in the digital realm. The consequences of widening that gap are not only social. The World Wide Web Foundation pointed out that the lack of parity hinders economic growth and calculated that in 2020 it meant the loss of up to 126,000 million dollars in the GDP of 32 countries.