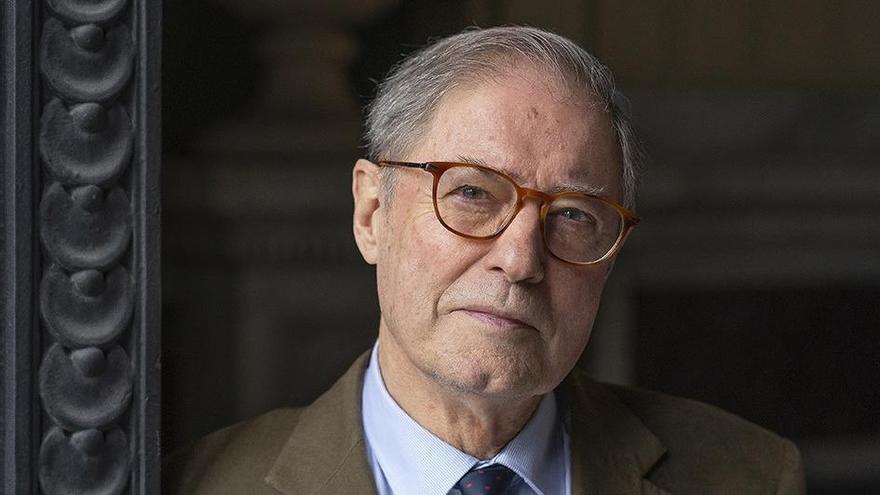 He writer Félix de Azúa, who publishes new installment of his ‘false autobiography’, ‘Third act’ (Random House Literature), considers that “much of the current anguish” in the West comes from “the loss of world power” and awaits the arrival of a “dictatorship” from China.

“Undoubtedly, a good part of the current anguish and threats come simply from the loss of world power that is passing from the West to the East. We are not yet subject to the Chinese dictatorship, but everything will go away. In the Government of Spain there are many sympathizers of state capitalism“, the academic pointed out in an interview with Europa Press.

Azúa has recognized that his habits “have not changed much” after the crisis generated by the pandemic of coronavirus, which has not “hurt him personally” either. “But I live with real indignation the benefit that political parties seek to get from the dead,” he added.

In ‘Third act’ the author narrates from a first person the adventures of a group of young Spanish intellectuals in the throes of Francoism. The Catalan writer has joked that it is “the most false” of all the ‘false autobiographies’, portraying the life “of all those who have known, in part or in full, that period called ‘the Transition'”.

Azúa establishes the duration of that period from the death of Franco until the end of the century, “with its antecedents and consequences”. “It seemed to me a perfect historical period for a novel about the construction of time, memories and consciousness”, he pointed out.

In addition, he sees “many similarities” between the death throes of Francoism and the current Spanish situation, beyond the simile with the confinement that appears in the book. “Lying as an official habit, identity repression, street and institutional violence, the destruction of education, caudillismo … Perhaps that is why it is so credible,” he lamented.

For Azúa, the first two governments of Felipe Gonzalez. “In fact, we still live from them. Then the embryos of a politically correct totalitarianism with purely ideological and toxic moral and economic impositions have been imposed,” he criticized.

The author rejects the attacks on this period, in his view “the only democratic attempt in Spain in centuries.” “This collides with the secular totalitarian, feudal and caudillista tendency of a good part of our ruling class. In the novel, this transition supposed an authentic moral renewal of the characters”, he explained.

And he considers that this kind of ‘historical revisionism’ is also reflected today in acts such as the attacks on the statues of historical figures. “Those acts are pure totalitarianism disguised as good intentions and political correctness.“, has pointed out.

“Its origin is the devastating ignorance of the population that no longer believes in education, ignorance taken advantage of by the political parties that they are only interested in internet networks and statistics“, he added, to later praise the Spanish population, in front of their” irresponsible “political leaders.

“The whole of the Spanish population is a model of honesty, patience and respect for perfectly unpresentable leaders who have never thought of them more than as a step to take power,” the academic concluded.