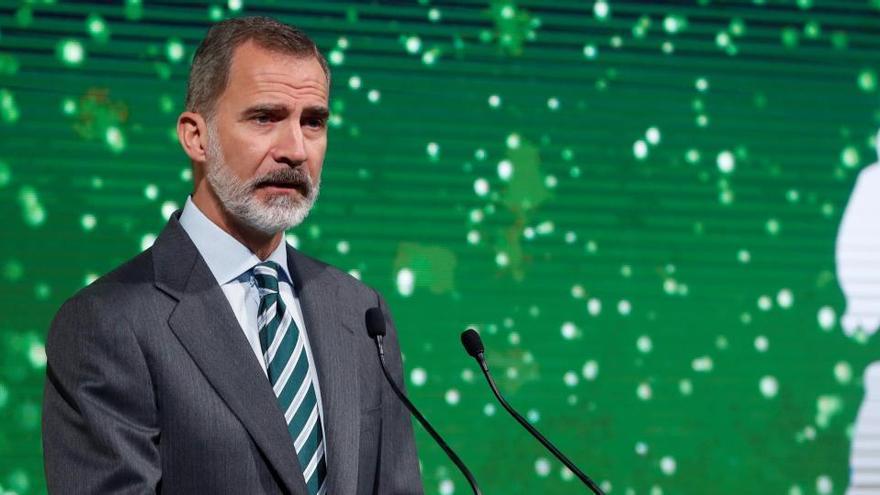 Philip VI will deliver the International Awards of King of Spain Journalism and the Don Quixote Award on November 10, after the event had to be postponed last March, due to the pandemic of coronavirus.

The ceremony, as planned from the beginning, will be held at the Casa de América in Madrid, a collaborating body, with all the security measures to avoid the contagion of COVID-19 and it will be attended by all the winners of the XXXVII edition of the Journalism Awards and of the XVI edition of the Don Quixote Prize.

These awards are granted by the EFE Agency and the Spanish Agency for International Development Cooperation (Aecid), a body of the Spanish Ministry of Foreign Affairs, and recognize the work of informants in Spanish and Portuguese languages ​​from Ibero-American countries.

In this edition Informants and media from five Ibero-American countries are awarded (Spain with four awards, Colombia with three and Brazil, Bolivia and Portugal with one), with works focused on the social issues that most concern the world, such as migrations, femicides, human rights violations, the environment or sexual diversity.

For the first time, the Ibero-American Special Prize for Cultural Journalism and Social Development will be awarded, which recognizes work in the fields of culture, education, art or sport, for the important contribution of these fields to the achievement of more just societies , sustainable and socially cohesive.

It is an example that these awards continue to grow and adapt to new realities and social sensitivities, according to the EFE Agency.

A Honorable mention for the eightieth anniversary of this Agency, which fulfilled in 2019, and which fell into the agency’s own archive, where 24 million news and documents, 20 million photographs – twelve million of them digitized – and 300,000 documented and digitized videos are kept.

“The pandemic has forced us to postpone the delivery of awards that are more than deserved to a group of journalists and media who are committed to quality journalism in these difficult times,” said Gabriela Cañas, president of the EFE Agency.

“Now, finally, with the presence of the King of Spain and the political authorities of this country, we can pay tribute to the best reporting that takes place on both sides of the Atlantic,” added Cañas.

For her part, the Secretary of State for International Cooperation of Spain, Ángeles Moreno Bau, stressed that “information is the oxygen of democratic societies, and the winners contribute with their work so that we all continue to breathe as free citizens, at the same time that show the Ibero-American reality in all its diversity “.

“With the award of the King of Spain International Journalism Awards, we contribute to defending an Ibero-American space so that information can flow freely and freedom of thought and expression are respected, essential foundations of our community of shared values,” he said.

To gather all awarded, it was necessary complex organizational work in the midst of a pandemic, that plagues both Spain and the American continent, in which the Spanish Foreign and Interior Ministries are collaborating to manage the visas of the winners so that they can attend.

The venue where the event will be held will have a capacity limitation, as established by health regulations in Spain to maintain a safety distance and the use of masks will be mandatory. Also, there will be no artistic performance.

As is customary in these times, the ceremony will also be broadcast live on EFE’s YouTube channel.

For the first time since the awards were instituted in 1983, the award ceremony will be held in the afternoon and this year, due to the limitations imposed by the pandemic, there will be no traditional cocktail after the ceremony, nor a gala dinner to honor to the winners.