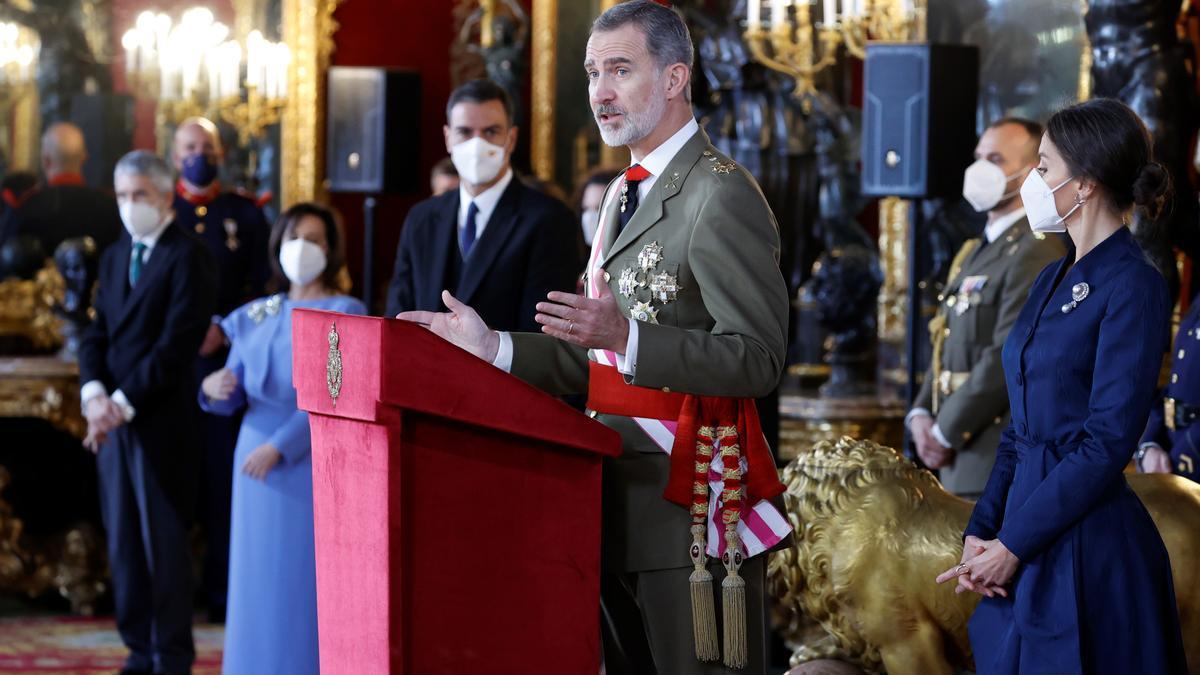 On Thursday, the king had words of remembrance for the victims of ETA as, in 2021, the tenth anniversary of the end of the cessation of the "brutal" violence of the terrorist gang, and has assured that their "strength and moral height are guides for all Spaniards ".

Felipe VI has paid this tribute in his speech at the Military Easter ceremony held at the Royal Palace of Madrid together with Queen Letizia, the head of the Government, Pedro Sánchez; the Minister of Defense, Margarita Robles; the Interior Ministry, Fernando Grande-Marlaska, and the main military and Civil Guard authorities.

"I want to honor with great emotion the memory and dignity of the victims of terrorism. Many of them belonged to the Armed Forces and the State Security Forces and Bodies. We send their families a message of encouragement and admiration. Their strength and height Morals are a guide for all Spaniards ", highlighted the monarch.

He has also had words of remembrance for those who died during the pandemic and has joined the "pain and sadness" of his relatives. The king has also paid tribute to the soldiers killed in acts of service and in international missions.

"In debt to all of them"

"We always thank them and their families for their example in the hardest moments. And we will always be in debt to all of them," the head of state remarked.

Robles shared his tribute to all the victims of terrorism and their families: "We will always owe them an unpayable debt of gratitude." The Defense Minister has referred in the same way to those killed in peace operations, in particular, the 102 soldiers and civil guards who lost their lives in Afghanistan, after almost two decades of presence in the Asian country that ended the last year, months before the final withdrawal of all international troops.

"Their sacrifice has not been sterile and with which they showed a generosity and courage that causes us admiration, pride and serves as an incentive," said Robles.