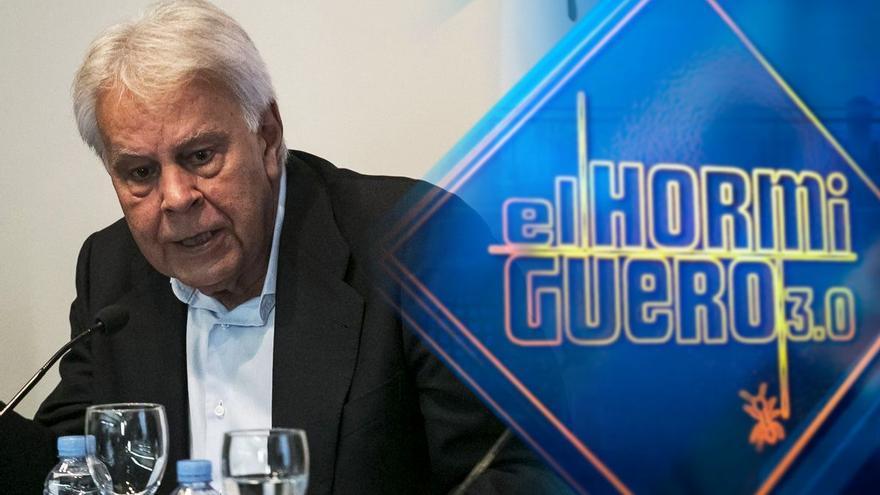 ‘The Hormiguero ‘ started the week last night with the visit of José Ramón de la Morena. But also, before chatting with the sports journalist, Pablo Motorcycles made an important announcement. On May 26, he will receive on his set Felipe Gonzalez, who will attend for the first time the entertainment space of Antenna 3.

At the beginning of the program this Monday, the presenter himself advanced that on Wednesday of next week he will interview the former president of the Government. “I am very excited”, recognized Motos, since the ex-politician does not usually let himself be seen by television studios.

González, who ruled between 1982 and 1996, thus becomes the second former president to visit Motos y las ants, Trancas and Barrancas. In December 2019 he did Mariano Rajoy, who spoke of the motion of censure that ended his term in June 2018.

Although he is removed from politics, Felipe González has given his opinion and has analyzed the situation in the country on several occasions. In fact, currently has its own podcast on the Podimo platform, entitled ‘Uncommon Tunes’. On May 7, he warned that the PSOE has to make “an internal reflection” after the results from 4M in the Community of Madrid.

Exclusive! Next Wednesday will be with us, Felipe González! #DeLaMorenaEH pic.twitter.com/nkfqQMl0TS