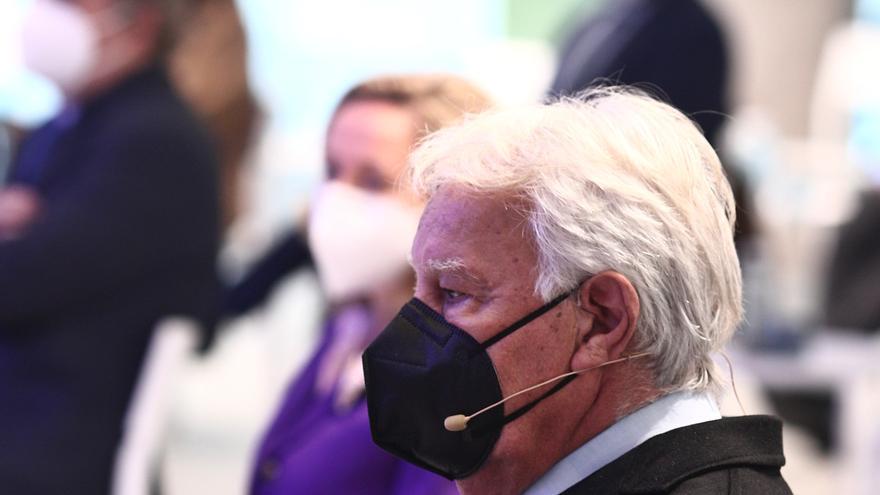 For much distance that Felipe González shows each time he has the opportunity with the current drift of the PSOE and, specifically with Pedro Sánchez, the former president of the Government continues to support the Socialists. Although he declared himself a political "orphan" at this time, the former secretary general of the PSOE voted last Monday by mail for the Madrid elections on May 4 and did so for Ángel Gabilondo, according to sources close to him. The 'old guard' of the PSOE has shown many criticisms of those who now have the reins of the party to the point that the former president of Madrid Joaquín Leguina, one of the toughest, has come to show his support for Isabel Díaz Ayuso. Several members of their governments have rebelled against him and have signed a letter of support for the socialist candidate.

"Our future depends on this appointment and its result. A future that we Democrats hope will be one of tolerance, coexistence, moderation in forms, democratic respect and improvement of public services at the service of all citizens", expressed in the letter Luis Alejandro Cendrero, María Gómez de Mendoza, Javier Ledesma, Jaime Lissavetsky, Luis Maestre, Julián Revenga, Manuel de la Rocha Rubí, Pedro Sabando and Elena Vázquez. "In these ephemeral times we cannot avoid the responsibility of those who, from the PSOE, laid the foundations to create the Community of Madrid, of whom we promoted, together with neighborhood movements, the transformation of marginal neighborhoods and dormitory cities in the region into neighborhoods and cities. to live, and the implementation and development of public services for all citizens. The radical change was undeniable. Today a new change is necessary after more than 25 years of government of the rights, "they add.

"Ángel Gabilondo is, undoubtedly, the person who can best preside over a government of progress that promotes and directs the profound change that Madrid urgently needs," add the former leaders in the letter they promoted this Thursday in the face of Leguina's criticism. Ángel is synonymous of dialogue, of search for solutions without tension, without hatred, without anger. Angel is the personification of public service for the benefit of the entire community. " "Joaquín's zeal has made us angry, that's why a few of us spoke and decided to sign a paper in support of Gabilondo," explains one of the ex-leaders who signs the letter in which they demand the vote for the PSOE, marking distances with the one who was his boss in the Executive in the 90s.

Leguina broke into the electoral campaign participating in an act with Ayuso -and with the also socialist Nicolás Redondo-, who took the opportunity to visit his foundation and praise his vocation "of service to others." But the former president of Madrid went a step further by granting a interview in La Razón in which he stated that "Ayuso is worth supporting." "The Gabilondo list is made by Moncloa. It is not the PSOE list, but Sánchez's," added Leguina, who has even written a book entitled 'Pedro Sánchez. Story of an ambition '.

Felipe González has also been very critical of the current socialist leader for years. In fact, he has taken advantage of one of the first installments of his podcast to lash out at the president: "When everything is wrong, a guy shows up there and says that everything is fine and that the future is great." “He is not living the reality of suffering that I am living,” says the former president about Sánchez: “The reality that people live anguishly every day does not correspond to the debate that every day.” Despite criticism of Sánchez on the eve of In the Madrid elections, the former president has already voted for Gabilondo.