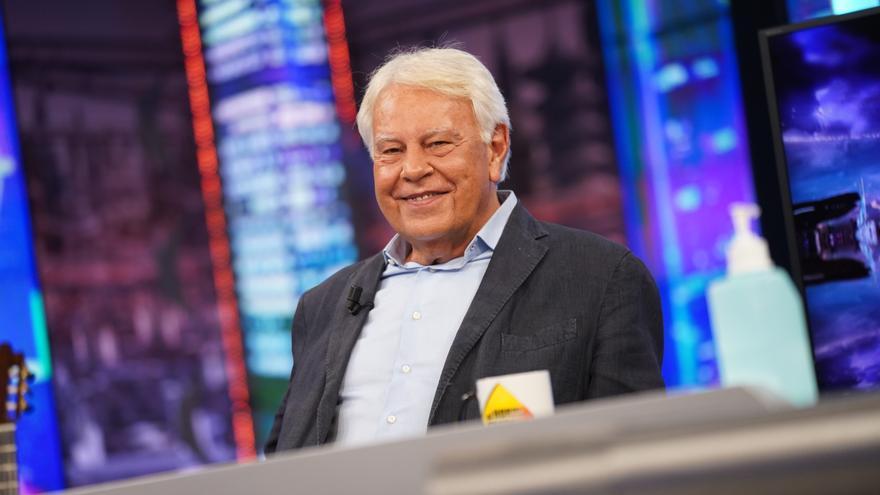 Felipe González’s shot came off the crossbar. In the event that Moncloa were very concerned about what the former president might say in the interview in ‘El Hormiguero’ about the pardons to the prisoners of the procés, it is likely that in the end they dried their sweat and thought: not too bad. Or it could have been worse. To be more or less relieved, they had to wait until the end. His first opinion had been negative about the granting of forgiveness, although adorned with the many comments that he likes to add and that make him jump from one topic to another (he is able to change continent in less than twenty seconds). It was at the end of the interview, when Pablo Motos was already firing him, when González returned to bring up the subject on his own to offer some nuances that Pedro Sánchez could even use on the innumerable occasions in which the issue is debated in The congress.

Motos tried on several occasions to get González to score a goal for the entire Pedro Sánchez squad with several questions about his level of satisfaction on account of the state of his party or the Government. It is true that the former president can be linking endless paragraphs to infinity and beyond, but when he knows that he is close to striking a deadly thrust for the current PSOE, he tends to stop at the last moment. “I am from the PSOE ‘a fortiori’Whatever happens, “he said when Motos asked him if he felt represented by Sánchez’s PSOE.

On the pardon, it was clear at first: “Under these conditions, I would not give the pardon.” On the other hand, he scorned the question of the repentance of the prisoners or the lack of it. “It’s an old-fashioned word.” He stressed that the Spanish Constitution is not “militant”, that is, it does not require the assumption of certain values, as is the case in France. Even so, “what he does not admit is that no one unilaterally breaks the rules of the game.” However, he seemed to assert that politics must move in a field that is not limited to the space left by the courts. “This politicization of justice or judicialization of politics is a disaster,” González said.

He had already given the headline that the right waited for on pardons. Either because González always has something else to tell or because the idea that he had harmed Sánchez and his party stuck in his head, he again addressed the issue when Motos was thanking him for the interview. “The debate is not whether they repent, but whether they are willing to respect the current legislation, be it the Constitution or the Statute,” he began to say. That is a phrase that Moncloa should underline, because he can always maintain that the pardon is not a way to make a new independence referendum possible, but to open a dialogue scenario where now there is only confrontation.

He continued in that line that Sánchez can try to make a profit in the debate on pardons. “The fundamental thing is institutional loyalty. When someone is unfair, I do not want him to go to jail, but not to take the responsibility that allows him to be unfair.” There he moved away from the intention of the right to keep the procés leaders in prison for as long as possible and established the primacy of the field of politics: to work so that a situation like that of 2017 does not repeat itself. To prevent someone “unfair” from forming a Government in Catalonia, that happens through politics and the ballot box, which are the ones that elect political representatives.

The priority would be to defend the sphere of activity of politics, which is a subject that González talks about a lot, not to outsource it to judges and prosecutors.

Like most retired politicians, Felipe González wants to be heard. He has long understood that the aggressive and even contemptuous style with which other members of what is called the old guard of the PSOE use their statements – Leguina, Corcuera, Rodríguez Ibarra and others who also plagued Zapatero – only contributes to marginalization in the socialist camp and to be cheered only by the right. The former president knows how far to go. Nor is it that his personal contact with Sánchez is very direct. He commented that in 2019 there were contacts to meet around the months of the formation of the current Government, but they were not finalized in the end.

Motos prodded him to say that today’s politicians do not measure up to him and those of his generation. Interestingly, in these cases it is never asked if the voters are worse than before. Before the public, it is better to stoke the politicians as the source of all evil. There González swells up a bit and tends to make himself loved, although he doesn’t disqualify them all. This time, he sounded more depressed. “I feel orphan of representation, and I am not referring to the PSOE,” he commented, believing that it is a general problem. “I don’t feel like applauding anyone in Congress.”

He said that he had voted by mail for Ángel Gabilondo in the Madrid elections, but that if he had decided after seeing the debate of the candidates on a trip he made to Madrid, which left him very disappointed, he is not sure if he would have voted . “Blocks politics horrifies me.”

Immediately afterwards, he recalled the time of consensus and the La Moncloa Pacts, but that is already like talking about black and white cinema at a film festival and saying that films like Ingmar Bergman’s are no longer made. It may be true or it may be what a person of a certain age is expected to say, but people have the right to continue going to the cinema to see new movies.

Tags: drama, Felipe, Gonzalez, not, Pardons, process, they like, you