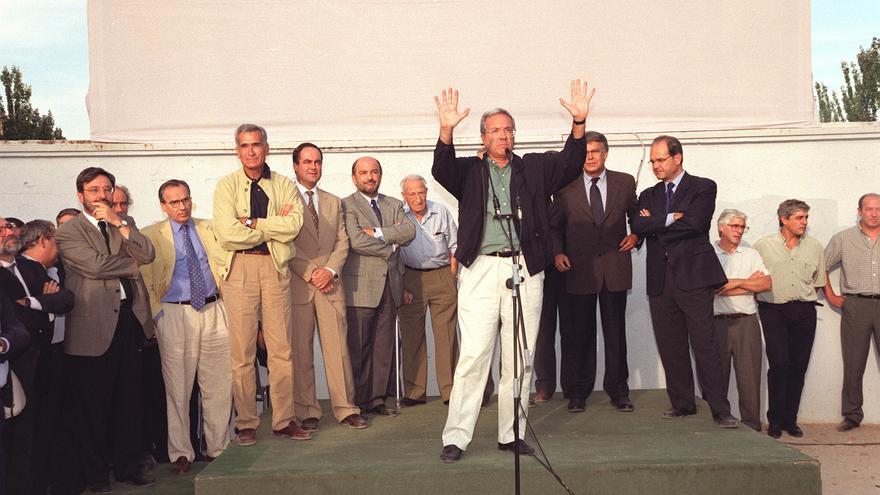 Former President Felipe González has become the spokesman for those who, from within the PSOE, criticize that the Government is going to pardon those convicted of the procés. “Those who do not want to be pardons should not be pardoned because they do not respect the laws that make it possible,” he said Wednesday in an interview in El Hormiguero in prime time, where he also affirmed that repentance is essential for this measure of grace, a requirement that the law does not contemplate.

González thus reflects the sentiment of various socialist positions, among them some barons and members of the old guard, who do not see favorably that the Government is going to grant a pardon that is taken for granted. “In the Constitution there is no revenge or revenge, there is dialogue, respect, and the vocation to overcome fractures and meet again”, Sanchez said Tuesday, asked about this matter, and anticipating what will be the final decision of the Executive, which already has on the table the reports of the Prosecutor’s Office and Supreme, both contrary to the government’s pardon.

González’s words reflect a change in his position on pardons, a measure that he did not hesitate to demand when those convicted were his subordinates. The former president of the Government even signed a letter addressed to the Government of José María Aznar to demand the “total pardon” of Rafael Vera, Secretary of State for Security in the Government of González and convicted first of the kidnapping of Segundo Marey and then of embezzlement of reserved funds.

Vera and Rafael Barrionuevo, Minister of the Interior in the González governments, were sentenced for the first time by the Supreme Court in July 1998 to ten years in prison for the kidnapping of the French businessman Segundo Marey, whom three GAL mercenaries mistook for an ETA leader in the middle of the dirty war against terrorism. The judges identified Vera and Barrionuevo as organizers and funders of the kidnapping and positioned them as promoters of the LAGs.

The Supreme Court ordered his entry into prison in September 1998, an act that the PSOE turned into a show of support for both convicts. The party leadership and 7,000 people displaced from different parts of the country (especially Extremadura and Andalusia) stood at the gates of the Guadalajara jail.

Felipe González, Josep Borrell, Alfonso Guerra, Ramón Rubial, Manuel Chaves, Juan Carlos Rodríguez Ibarra and José Bono, among others, got together there. González was the last to say goodbye to them with a hug at the prison doors; Almunia promised them that the party would work to get them out of prison soon. And they do it like that.

González returned to visit them in prison a few months later, in December: “Those of us who are not family but feel like family, what we want is freedom now.” He added that if they were not pardoned, the demonstrations outside the prison would continue and said it would be incomprehensible if they were not granted before Christmas. That day, the former president was also accompanied by other socialist positions, such as Juan Alberto Belloch, Minister of Justice with the PSOE, who demanded forgiveness from Aznar if he had “a minimum of democratic sensitivity.”

The concentration of high socialist officials that day in jail was not a coincidence: they came just after the Supreme Court made its report public. favorable to the pardon of Vera and Barrionuevo. In a ceremony in Murcia, Almunia asked for a pardon for “humanitarian criteria and political opportunity.”

The Supreme Court endorsed a pardon that González requested despite the fact that none of the convicts had repented of the events, a condition that the former president of the Government now considers essential to forgive the sentences of the independence prisoners. What’s more, Vera and Barrionuevo denied by letter the petition for pardon that some PSOE charges had presented to the Court: “We still have our dignity and we will not lose it by asking for pardon.”

That pardon by the Government of José María Aznar only took a few days. The Government accepted the report of the Supreme Court and reduced their sentence by two thirds, which allowed them to access an open regime. The 24th of December they left the Guadalajara prison. The Government spokesman, Josep Piqué, justified the decision by “high-mindedness”; the PSOE criticized that it was only a partial pardon.

The Constitutional Court confirmed their sentences years later, which in practice forced them to return to prison to serve the time remaining in their sentences. Vera, Barrionuevo and the rest of the convicted persons appeared in different penitentiary centers on May 30, 2001. Just a few hours later, they were all granted a special third degree that freed them from the obligation to sleep in prison, which they abandoned in the past. about ten hours.

The problem for Vera was that another cause, an investigation into having misappropriated reserved funds – he would have kept 141 million pesetas – led to another sentence in 2004, this time to seven years in prison. González again headed the petition for clemency and signed a letter together with Barrionuevo and José Luis Corcuera, former PSOE interior minister, in which he asked the Aznar government for a “total pardon.”

That time the Government of Aznar did not agree. Vera entered prison in February 2005 despite the fact that the conviction had occurred months before. The Supreme Court agreed to delay his entry into jail until after the Christmas holidays. Vera, this time yes, requested the pardon himself, although it was denied. In August 2006 he obtained the third degree.

Both Vera and Barrionuevo have been against the fact that the leaders of the procés accept the same forgiveness as them. Barrionuevo has considered that both situations resemble “like an egg to a chestnut”; and Vera has opted to reach an agreement with the PP before applying the pardon.