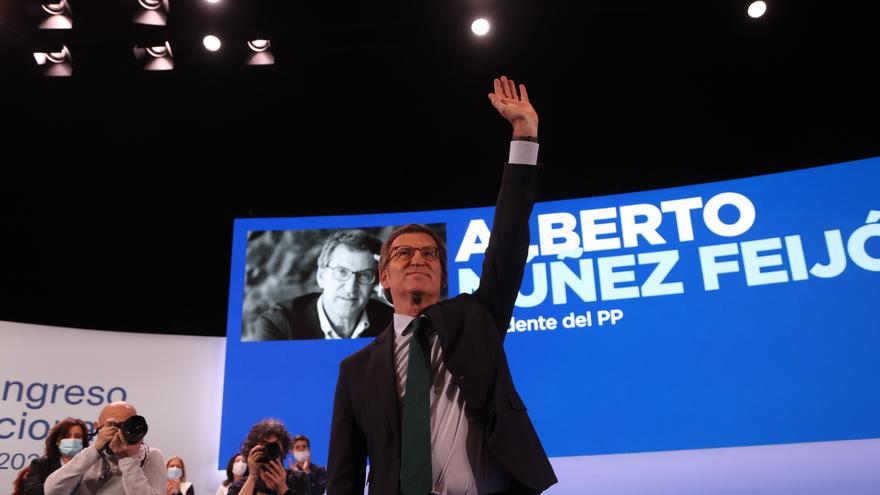 The newly elected president of the PP, Alberto Núñez Feijóo, met this Sunday in Seville with his brand-new National Executive Committee to approve the composition of the Steering Committee, the hard core of day-to-day power of the party that will accompany him in his mandate. The executive that will have five deputy general secretaries, one less than Pablo Casado had. The leader has completed the territorial balance with the appointment of one of Isabel Díaz Ayuso's men, the senator for Madrid Pedro Rollán, at the head of the Deputy Secretary for Regional and Local Coordination.

Of course, in Puerta del Sol they hoped to get the main course, Territorial Organization, which Feijóo has entrusted to one of his most faithful: his right hand in Galicia, Manuel Tellado. In addition, Feijóo has appointed three other deputy secretaries. As head of Institutional, the Valencian Esteban González Pons. In Social Policies, Carmen Navarro, from Castile-La Mancha. And at the head of Economy will be the Andalusian Minister of Finance, Juan Bravo.

Rollán has a long history in Madrid. He was mayor of the town of Torrejón de Ardoz, where he came to be considered the most voted of the large cities of Spain in the municipal elections of 2011. He later made the leap to the regional government in 2015 at the hands of Cristina Cifuentes, although by then already accumulated some smudges in its management: three buildings of 20 million that announced at zero cost or a debt one million euros of debt with the Treasury.

With Cristina Cifuentes as president, he was Minister of Infrastructure, Transport and Housing; and Environment, Territorial Planning and Local Administration. When Cifuentes resigned, Ángel Garrido placed him in the presidency and appointed him spokesman, later promoting him to vice president. He even held the Presidency of the Community of Madrid on an interim basis when Garrido, angry at not having been chosen by Casado as a candidate in 2019, went to Ciudadanos.

Casado opted for Ayuso, who managed to retain the Puerta del Sol chair for the PP despite losing the elections. The transfer of power between the two was "very good", according to Ayuso's entourage, which highlights his "management" capacity and his ideological affinity with the president.

The body has also ratified the appointments already known: Cuca Gamarra as general secretary, the Andalusian Elías Bendodo as general coordinator, José Antonio Monago from Extremadura as president of the Rights and Guarantees Committee and Diego Calvo from Coruña as head of the Electoral Committee.

Feijóo has offered an open statement before ending the meeting of the National Executive Committee and taking a family photo in the Plaza de España in Seville. “The party has been reactivated, we have gone out to meet Spain”, said the president of the PP. “We started this path with enormous hope”, he pointed out, to warn: “You know that appointments give a few days of joy; but from there the charges become charges of responsibility. I ask that we execute it with decorum, efficiency and commitment to the general interests”.

The president of the PP has assured that the party has to demonstrate "agility" before the electoral cycle that opens.

President of the Rights and Guarantees Committee: José Antonio Monago.