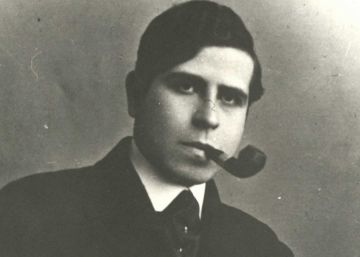 Even in the depths of the psyche, in that which with symptomatic or symbolic character rises to the consciousness, the fear of the past persists. In the interpretation of the myths, of the legends, but especially in the rudimentary myth, he found a very rich honor of wisdom, rather than science, the tremendous — even physically — Jung. Victoria Ocampo invited him to give lectures. “What for?” He replied. Dealing with him was not easy. His ethical standard, however, prompted him to publicly thank me for the little I did to spread his doctrine. And it is that “difficult” men are often the best. They “understand”: they know how to be intelligent in the face of the most mysterious things under the sun. The opposite is to sin out of ignorance, which, in some cases, does not mean extenuating for the Catholic Church, for example. According to her, “there is an obligation not to ignore certain things.”

Fear of the past: the terrors of the primitive can awaken in “the reality of the soul” (Jung) and provoke “inexplicable” neuroses, twist an existence, plunge it into calligraphy and martyrdom. In an illustrious newspaper in a certain country we have read a study on Jung in which this discovery is attributed to the author’s biography: to his life, if we refine a bit. Of course, individual life, even the “biography”, can condition many things, but without going beyond it.

Fear of the past … But isn’t this celebrated with loud anniversaries, with parties and rejoicing? Not always. It is often celebrated with solemnity, immobility and silence, with an offering, the sign of the old sacrifice, with reverence and compunction. It is the moment when we have seen heroes cry.

The great occasion was presented with the festivities in memory of the foundation of Paris (second millennium). Saying “opportunity” would sound blasphemous to us. Because if at the end a “crisis” that has nothing to do with the economy is overcome, it is precisely Paris that offers us today with the force of a struggle that is already a matter of wonder. Paris, that tower of the West!

In the Prussian popular proverb there was – for the time being, reasons to speak, with sorrow and without accepting sarcasm, in the past tense – this proverbial expression: Berlin bleibt Berlin, something like “Berlin will always remain Berlin”. But it would seem that, despite the well-known onomatopoeia of Rubén Darío, precisely “Paris will always remain Paris”. Or that he is not willing to stop being, at least. It may happen that wonder, like elegance, is “something that has nothing in particular.” Or that — by grasping our own proverb — “let us enter Paris, but let Paris not enter us.” This is old and repeated, but not out of “place”, perhaps. Sing a song to Lutetia? Faith that you do not need it and this would be out of place. It would be abominable. In the expression —as in the term space— the notion of time is included, and sometimes even confused, identified. Terrible games of the spirit of our language.

Paris is still the supreme historical justification, the supreme claim that the great “culture” of the world is moving, until today, towards the West. Even the one that continues to come from the East. Very unpretentious, and with very plain irony, Auburtin used to say that the West is an invention of the Greeks (“Orientals”!) And that we continue to spin them without having overcome them. When he first spotted the Acropolis in the distance, it occurred to him, too, like Renan, to fall to his knees.

-Why do not you do it? Asked his companion.

—Because I’m ashamed: what would the driver think? He replied.

We said that Paris is the demonstration that “the world” is moving towards the West. It has been the demonstration to the contrary too, that History has these vagaries and “memory” is killing “memory” in our minds. With the Emperor Juliano (361-363), the world retreated in the opposite direction and through a splendid and poorly studied phase, without which we would not be the West, nor would we be. For by Byzantium Christianity invades Western Europe, transforming it into what it is, and later making our America the most limpid transcript of this western world without which we have never conceived human existence. Ours: that of this heart, that of this heart, that of this breath that consumes us and carries us. The failure of the Emperor Julian to prevent it began in Paris.

How bloody fatigue is in all this! One would almost accept the exhilaration of anniversaries and eliminate the severe ceremony, seek the daze, the intoxication of a dream future. Yes, you better not remember. If lightness did not lie in wait to fall on lightness, lightness, lightness, “inconsistency” would be more valuable. Even pyrotechnics and artifice would be worth more to cover that pain, to drown that melancholy that no one can cure us.

Because it would seem that, by correctly intuiting in his future a projection of his past, it is this that man actually fears.

“After the death of Galdós, his presence on the scene has been very scarce”

The Regenta holds a discussion table around the exhibition ‘On Gravity’