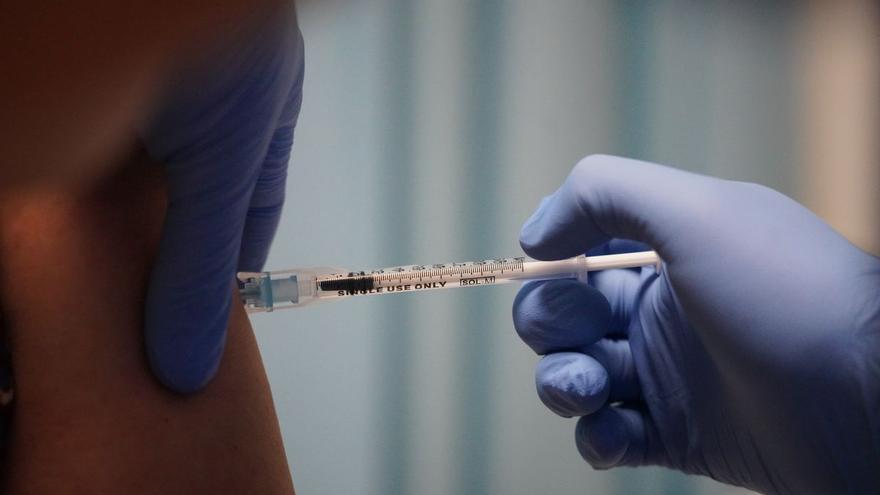 The rate of vaccination in Spain has exceeded all expectations six months after its start. 21 million people have the full regimen and almost 28 million have at least one dose. Thanks to this, the country has entered an unknown phase of the pandemic, in which an explosion of cases like the current one does not lead to a collapse of hospitals or ICUs. The transmission speed and the dominance of the delta variant, however, have altered the rules of the game a bit.

Against the strategy of immunizing the largest number of the population with one dose, as the United Kingdom did, the strategy of completing the two injections as soon as possible has been imposed. The reason is that the effectiveness of the vaccines against the delta variant is reduced by up to 30% with the first dose, while with both it reaches 80%, in the case of AstraZeneca, and 92% in that of Pfizer. It is spoken in percentages and not in absolute numbers because vaccinology is not an exact science. What’s more, there will be people who do not generate any type of immunity or who lose it after a while. This is what is known as “vaccine failure” and something that experts ask to disclose before alarmism breaks out.

In recent weeks, decontextualized data have arrived from countries such as the United Kingdom or the United States that spoke of deaths and hospitalized with the complete pattern. It has been claimed that 29% of British deaths from COVID had received both doses of the vaccine or that 30% of those hospitalized were fully immunized. “It is a tricky piece of information because it is not mentioned how many there are or how many they represent of the total number of vaccinated,” warns Bea Mothe, a virologist at the IrsiCaixa AIDS Institute and a specialist in Infectious Diseases at the Badalona Hospital.

“There are cases of reinfection or vaccine failure, but in proportion they are very few, and even less those who end up in ICU or die,” says Mothe. She avoids the word “failure” because it has a negative connotation towards vaccines. “I prefer the English expression of breakthrough, which would be a kind of vaccine gap“, he acknowledges. But what is and what is this concept that is given a certain misuse?

“It means that there is no perfect vaccine that protects everyone from a disease for life”, sums up Antoni Trilla, ISGlobal researcher and head of the Preventive Medicine and Epidemiology Service at Hospital Clínic de Barcelona. “There are people without vaccine immunity who respond well to the virus and people with antibodies who end up being infected.” Still, 95% and 97% efficiencies, such as those shown by COVID-19 vaccines, are a rarity worth celebrating. “Not only are they good in the lab, but they’re effective in the real world,” adds Mothe, currently studying other more complex sera such as HIV. “Without vaccines and with the current transmission, we would be falling like bed bugs,” he says.

But no matter how perfect they are, all drugs have a percentage of failure or gap. The good part is that the experts have a lot of identification with whom it can affect them, although there is always a component of chance or “lottery”, as Trilla says. “In elderly people we anticipate that the immune response will not be as good because the immunity also ages,” he mentions in the first place. “Later, the transplanted ones, some groups with HIV and those who receive immunosuppressive treatments or chemotherapy,” he continues. The latter eliminate the populations of cells responsible for responding to the virus and generating antibodies. “But this happens with all vaccines, not just the COVID ones,” says Mothe.

What options are there? Both experts mention the possibility of giving these very specific population segments a third booster dose or booster, as the Anglo-Saxons say. “It is unlikely that it is necessary at the level of the general population because healthy immunity is holding up very well, unless new variants with greater vaccine escape appear”, says the IrsiCaixa researcher. Mothe is not referring to the delta or the epsilon, newly found in California. “In order for it to escape from any immune response, it should mutate much more, and coronaviruses do not have that capacity; that is why the most they are doing is increasing transmissibility, but not the vaccine gap,” he reassures.

Trilla mentions other “strategies” for those who are receiving immunosuppressive treatment, such as vaccinating them several months before they start treatment or stopping it for a time if possible. “It’s like making a tailor-made suit for each patient,” he acknowledges. But in general, to protect those most susceptible to vaccine failure, they recommend achieving the long-awaited group immunity at once. “The new variants are going to require a higher percentage of vaccination because they are faster,” explains Bea Mothe, and “right now we need 70% or 80% to consider ourselves fully protected.”

One thing experts want to avoid at all costs is scaremongering about vaccine failures. They recommend that it be taken as naturally as it affects other diseases and that there is no obsession with checking how many antibodies the vaccines have generated for us. “In medicine, nothing is black or white and if there is something really complex, that is immunity”, warns Trilla. “It may be that you do not have circulating antibodies, but you have populations of memory cells that are there and that respond when you are exposed to the virus. They still do not prevent infection, but they do prevent severity,” says Mothe.

Regarding the antibody test, consider that it is like “if you took a picture of a tenth of your immune system” because “we do not even know the cut-off threshold.” It has no clinical value nor is any decision made based on them. The only thing they do, in his opinion, is to fill some pockets. “There is much talk about the commercial war for vaccines, but the real war is that of diagnostic tests,” criticizes the scientist.

“Logically, as the vaccinated population increases, there will be a greater risk of vaccine failure, but it will continue to be a comparatively less situation,” says Trilla. The test for both is in the current situation. “It seems that we have two pandemics: the vaccinated, with more or less mild cases; and the unvaccinated, with a rise in infections that do not reach hospitals,” compares the head of Preventiva. In Mothe hospital there are 10 patients admitted to the ward and 4 to the ICU, while they reached 200 and 80 respectively in the worst waves of the pandemic. “It’s an upbeat photo,” she says. Anyway, they ask to remember Primary care and Public Health, who “are going to work at full speed”, and the vulnerable without the full pattern.

“That we are going to have an increase in hospitalized? Sure. Is it alarming? No, not at all,” Mothe raises. “The flu kills 6,000 or 8,000 Spaniards a year. In the midst of the epidemic, we all know that there will be sick patients in the ICU, with pneumonia and complications. COVID will probably end up turning into this,” thinks Trilla. Regarding the failure or gap vaccination, compares it with meningococcal meningitis, “for which we have an extraordinarily effective treatment and with which 10% of the people who have it die.”

In short, “you have to be very cautious with the figures and percentages,” asks Mothe, because “there will be serious and even fatal cases, but the vaccines will reduce them to a minimum,” adds the Barcelona doctor. “The most important thing is to ‘normalize’ the disease, fight against it with the best weapons we have and ensure that the health system recovers its normal work and that COVID patients do not force it to stop doing everything else,” asks Antoni Trilla . “This is living with it, and I think it’s the best we can aspire to.”