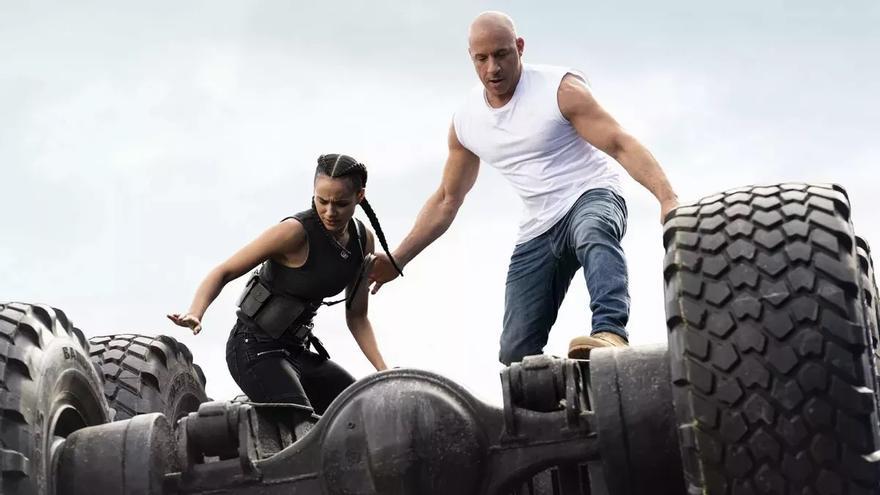 Once upon a time, there was a medium-sized movie that became a big, huge saga. At full throttle (The fast and the furious), released twenty years ago, was a thriller of police infiltration and conflicting loyalties that brought a culture of tuned cars and underground races to the big screen in the city of Los Angeles. An agent played by Paul Walker got too close to one of the groups he was investigating as suspects in a series of truck robberies: he started a friendship with Dom Toretto, a talented mechanic and driver, and fell in love with his sister.

After a few first continuations that traced a somewhat hesitant and vague path, Universal Studios bet heavily on this saga to turn it into a somewhat hooligan and greasy (less and less) version of Mission Impossible. The hard-working Toretto T-shirts played by Vin Diesel stood in opposition to the high-tech glamor of the spy and runner Ethan Hunt (Tom Cruise).

By the way, Fast and furious abandoned some of the characteristics that made it susceptible to becoming a work only suitable for fans of the tuning and racing. Its leaders opted for a ‘more is more’ (more budget, more digital effects and international espionage plots that incorporated apocalyptic threats). As often happens in films marked by great commercial ambitions, those responsible have filed edges that could hinder enjoyment, in the same way that certain fast food companies grind what is supposed to be meat into something that hardly requires chewing.

The group of protagonists is made up of former thieves and gamblers (with an honor code, always with an honor code), but these no longer act as such. They can be mischievous, short-haired, or a bit cool, but now they are on the side of what is often called the law. And the macho iconography of the underground car racing world has also been softened. In the first installments, the more or less attentive portrait of the female protagonists coexisted with the exhibitions of other scantily clad women who acted as ornaments around the racing cars, as possible prizes for the heroes of speed. In recent films, this androcentric part has been contained and sanitized.

The result of this mutation has been overwhelmingly successful. Two of the films in the saga have exceeded $ 1 billion in revenue. The weekend when Fast and furious 7 premiered in Spain, 43% of viewers went to see it. Everything has been built by accumulation and with superimposed materials (more protagonists, more antagonists, more mobility, more technology) that have been covering a simple but fortunate nucleus: a few characters, more or less endearing, more or less loyal, who want to enjoy the quiet moment (with family barbecues) and the adrenaline rush (at the races).

The garrulous comic sidekick played by Tyrese Gibson has become an unofficial commentator on this tremendous drift, like the boy who recited the stabbing movie rules in scream: You mentioned James Bond and talked about “mission impossible”. In the latest installment, his naivety helps the scriptwriters make an inside joke: the character speculates that Toretto and company are invincible. Any viewer would agree with this, although the ironic contemplation of such crazy feat greatly weakens the dramatic flank.

Because in the last installments of Fast and furious not only is there no creative risk in narrative forms that tend to replicate themselves (Hollywood money is cowardly). The franchise has become a fake risk space like an amusement park. There is no suffering or a sense of danger, and more or less controlled self-parody makes its way. Where violence is comfortable to watch, in the style of Marvel Studios (because the last installments of the series are superhero narratives starring characters without superpowers, like Batman). And where violence is forgotten, unlike what is seen in Captain America: Civil War or Batman v. Superman, in which there are people who die in large-scale confrontations.

But does the audience find something else in Fast and furious, in addition to a motley spectacle of acceleration, shootings, collisions of hundreds of vehicles and other disasters peppered with humor and a certain self-parody? The co-writer of Robocop He explained that when the hero machine-gunned the top executive who represented the culture of corporate hitting, Michael Miner knew that he was giving the audience a certain catharsis through fiction. And he was aware that the citizen could not find anything like it in a real life where yuppies won (and win).

Maybe Fast and furious it also gave us some of that, a certain connection with rebellions and frustrations, although its progressive conversion into blockbuster transnational (including Chinese capital) and billionaire makes any popular reading difficult. Before, the Torettos spent the day in a seedy family restaurant and garage, even stealing trucks to get paid for adjustments that made their cars faster and faster. In the most recent films, they move through the scenes of global capitalism using planes chartered by intelligence services.

Still, despite the contradictions, Fast and furious 9 it plays the card (superficial, populace) of the class struggle. Again, the characters played by Diesel, Michelle Rodriguez or Jordana Brewster fight against techno-terrorists, dreamers of a new world order to build with high-tech weapons as in the most fanciful James Bond films. This time, one of the baddies is one of those “spoiled rich kids who rule the world.” And what better than the alleged biceps working class hero Vin Diesel, and the power of some car made in the old industrial city of Detroit, to achieve a (nostalgic) preservation of an order that perhaps no longer exists?

But there are traces of that old world in the history of the saga. The strange rise of Toretto and company refers to the very old social elevator of the ghettos: the enlistment in the army or in the police forces as a way to partially escape from segregation and social exclusion. In order to stop resorting to robbery, Toretto and his friends have had to become an unlikely anti-terrorist strike group, implausibly capable (in driving, in hand-to-hand fighting, in the use of firearms and in whatever it does. missing), at the service of the American pax.

The protagonists are also at the service of the family and the faith. Abandoned the criminal career and the lax vision of what private property is, they exert a conservative force. Mind you: they don’t project Hollywood’s self-defensive bunkerization from the war on terror onward, but embrace inclusive loyalties and ties beyond biological family and romantic love. In this regard, they qualify some fantasies with airs of christian movie What The Warren File: The Enfield Case or A peaceful place, where the nuclear family seems the only safe space. Be that as it may, the human factor of the burning tires franchise seems more and more routine (or even cynical), as the characters are blurred in long scenes of crazy and spectacular action.

Toretto and company inhabit a world with the sensational logic of the superhero comic, but also of more than one communication medium that uncritically assumes the security story about a world plagued with threats and always on the brink of explosion, in need of a heavy hand, of armed interventions and covert operations. As the saga progresses, bodies such as the police only serve as cannon fodder, and are razed in the crossfire between the protagonists and their enemies. And the exceptional, the great armed confrontation, has become a new normal that has run over any trace of recognizable everyday life.

Institutions under a certain democratic supervision are practically disappeared in the world of Fast and furious. And when they appear, they are helpless and useless. Only the clandestine forces, the opaque agencies that function outside of public scrutiny, can maintain order under threat from terrorists of various stripes. This eulogy of the shadow had already been explicitly defended in the bondiana Skyfall, where it was argued that the political supervision of the intelligence services facilitated terrorism, and in other blockbusters with antipolitical overtones.

Even without superhuman powers (although it may seem so), even without belonging to the noble or pecuniary elites (such as Zorro, Batman and so many classic vigilantes) or predestined lineages (such as the Skywalkers of Star wars), Toretto and company act as heroes. And they are not agitator heroes of the system, they do not champion authentic or apparent revolutions, but they preserve that world where they have been able to prosper because (after a few setbacks in the form of prison sentences and escapes) they have won the capitalist lottery. The neighborhood kids, strange meritocracy through, have become super-agents of invisible agencies (and agendas). For the good of the world, of course.