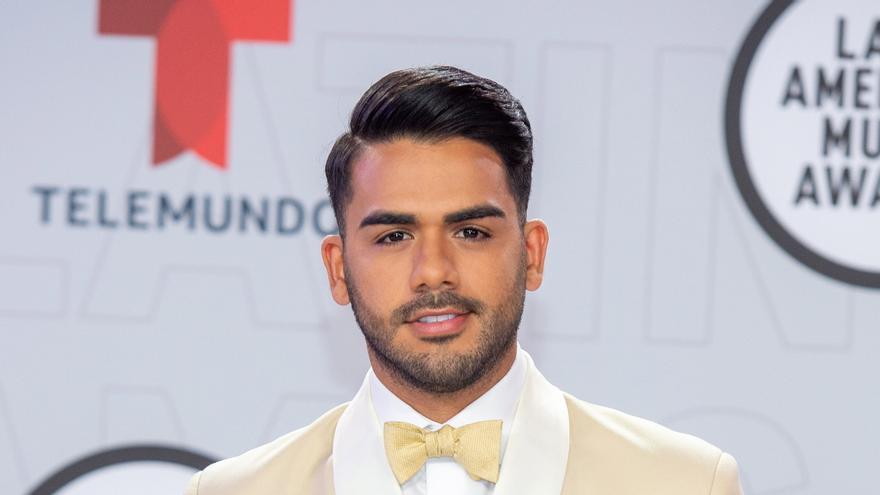 Among the most successful were Karol G and actress Gaby Espino. Both opted for white, although in the case of the Colombian star, her long satin "slip" dress was overshadowed by her hair that is still a mermaid blue color.

The host of the awards Jacqueline Bracamontes was one of the riskiest. The also Mexican actress wore a creative design by Venezuelan José Alarcón. The voluminous suit of a strong red color, combined the princess cut with transparencies at the waist and a large bow at the neck.

The Brazilian Anitta, whose participation in the Latin AMAs we will see until the last minute after testing positive in a rapid test for covid-19, was the sexiest of the night, with a black crop top and dental floss, on which she wore a metallic skirt with mesh fabric.

Another of the adventurers in fashion was the Mexican Sofía Reyes, who paraded with knee-high cowboy boots, a wide hat and a burgundy-colored laminated fabric dress in the style of a short raincoat.

Also in white were Puerto Rican Ozuna, who tonight will be honored with an award for his "Extraordinary Evolution" and five nominations, and Ricky Martin, who opted for a perfectly ironed and starched long jacket.

Camilo paraded with his traditional wide pants, in this case black and accompanied by a white shirt, while his compatriot Carlos Vives combined the classic black monochrome "look" with a texture imitating crocodile skin with his jacket.

On the border between the classic and the fun, there were also Colombians from Piso 21 and Manuel Turizo. They all wore white with pastel colors, in formal designer suits, but with fun combinations.

For his part, José Luis Rodríguez "El Puma", who will receive the "Legend" award during the gala, was seen wearing a dark blue suit, with a white shirt.

The Latin AMAs carpet was restricted and everyone present had to take two covid-19 tests the day before. The presence of the public was not allowed and the number of people who could accompany the artists and members of the press was limited.

After passing the cameras and microphones, the stars went to the BB&T Center venue, where the 25 categories of the awards will be presented and dozens of musical numbers will take place. Karol G and J Balvin are the most nominated artists, with nine mentions each.