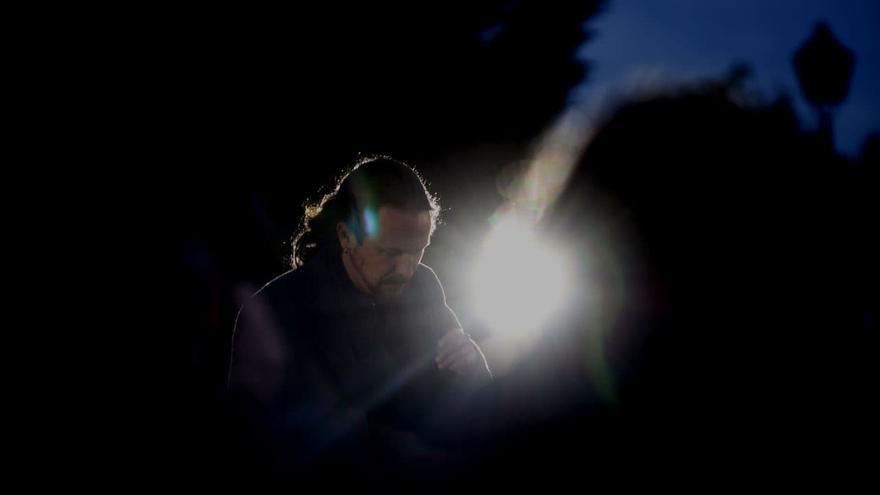 "I don't know what destiny is, walking I was what I was," Pablo Iglesias said goodbye to politics this Tuesday. At the stroke of midnight, and with the count of the elections to the Community of Madrid concluded, the secretary general of Podemos recovered for his goodbye a stanza of Fool, by Silvio Rodríguez, which continues like this: "There God, it will be divine; I die as I lived." Iglesias and Podemos broke into Spanish politics in January 2014, claiming 15M: "They said in the squares that 'yes, we can', and we say today that we can." That day, at the Teatro del Barrio de Lavapiés, he pointed out that "defending what the universal declaration of humans says is revolutionary." And this Sunday, in a campaign closing speech that to many already sounded goodbye, he made an autobiographical review of these seven years of frenzied political activity in which he took the opportunity to vindicate his undeniable legacy: having come to govern and demonstrate that the role of Podemos (today, United Podemos) was that of "being a State" because "the State belongs to ordinary people" against "the elites and the enemies of democracy."

Reading tomorrow's news is just one of the reasons that have led our more than 62,000 members to support us. You too can make the best independent journalism possible.

Tags: Pablo Iglesias, United We Can, We can