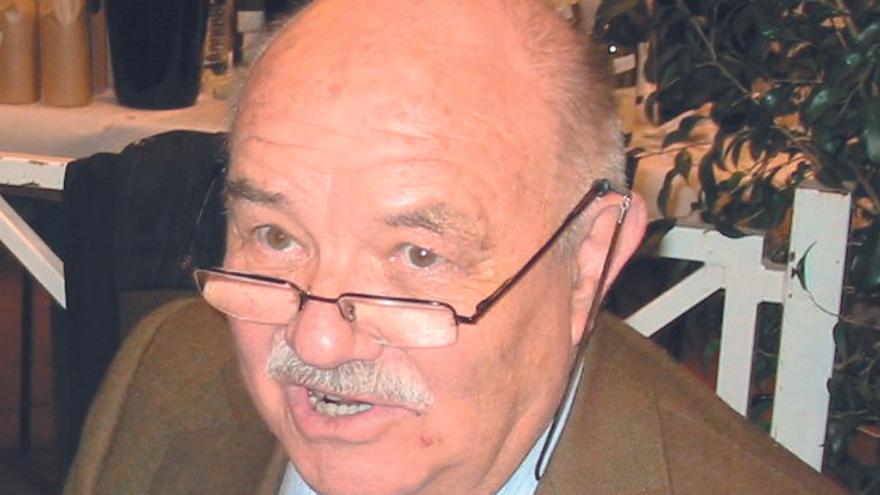 The famous French chef Pierre Troisgros, one of the best known Michelin “three stars” in the country and awarded with many national and international awards, he died this Wednesday at the age of 92, his family announced.

Troisgros was one of the French chefs who revolutionized French and world cuisine in the 1950s, together with Paul Bocuse, who died in 2018 and with whom he maintained a close friendship for seven decades since they met as apprentices working for one of the most famous chefs at the time, Gaston Richard.

“Pierre Troisgros was the Monsieur Paul’s traveling companion for 70 years of an unusual friendship, “said Bocuse’s collaborators in a message on social networks.

After his apprenticeship in Paris, Troisgros and his brother Jean, also a cook, they took over the hotel-restaurant that their parents had in the small town of Roanne in the mid-1950s (center), which he also placed at the center of the French culinary map.

In 1956 they achieved their first Michelin star, the second in 1965 and the third three years later, and from there they entered the legend: the restaurant in an unknown place was repeatedly recognized as the best in the world by publications from France, the United States and the United Kingdom.

The two sons of Pierre Troisgros, Michel and Claude, are also renowned chefs. The former has been considered the best of the year in France and in the world on several occasions.

As for Claude, he has also received international awards and his establishment in Rio de Janeiro is considered one of the best Latin American restaurants in the world.

Father of the Nouvelle Cuisine

The legendary chef Pierre Troisgros, who died this Wednesday at the age of 92, was one of the creative fathers of French “nouvelle cuisine” and an entire institution in this country.

Friend for seven decades and an accomplice of another mythical figure, Paul Bocuse, both were the first visible faces of a movement that went around the world as a reaction to the more classic French cuisine, which it renewed with lighter dishes, more moderate cooking, fresher flavors and much more emphasis on visual presentation.

Troisgros and his brother Jean, two years older than him, were born in Chalons sur Saône, in eastern France, and studied cooking in Paris. Among other places, they were apprentices in another culinary temple, the Lucas Carton in Paris, whose stoves were then commanded by another renowned chef, Gaston Richard.

There they met another apprentice named Paul Bocuse and there Pierre and the latter forged a friendship that lasted until the death of the first two years ago.

After their training period, the Troisgros brothers returned to Roanne, the small town in the center where their parents had a traditional hotel-restaurant, and where It did not take long to place it at the forefront of French and world gastronomy.

Pierre assumed command of the stove, Jean the responsibility of the sauces and his father, Jean-Baptiste, as “maitre d ‘” and sommelier.

From then on they entered the legend. In 1972, the gastronomic guide Gault-Millau recognized them as the best restaurant in the world.

Recognitions from the gastronomic and social world multiplied nationally and internationally, including the award of the French Legion of Honor,

The robust figure of Pierre Troisgros, with his broad face, his frank smile and his big mustache, he became one of the symbols of the return of France to the enjoyment of its rich cuisine and the “joie de vivre” after the hardships and rationing of World War II, the colonial conflicts and political instability that marked the country until the early 1960s.

Perhaps his most emblematic creation is the scallop of salmon with sorrel, in which some leaves of this edible and little-known plant give a special touch to a thick enriched cream sauce, shallot, vermouth, Sancerre wine, fish broth and lemon.

The salmon cooks for just a few seconds in a pan and then finishes cooking when dipped in the hot sauce, in order to keep its flavor to the maximum. Troisgros explained that the idea came to him almost by chance, seeing his mother bring to the kitchen a bundle of sorrel just picked from the garden.

Thus, tradition, modernity and local products come together in this dish that is already a legend.

Your brother Jean, companion on this fantastic journey, he passed away in 1983 of a heart attack.

Furthermore, the Pierre Troisgros family continued this line of great chefs. His sons Michel and Claude are renowned chefs, like his daughter-in-law Marie-Pierre -married to the former-, while his grandsons César and Léo are also making a prominent name in the sector.

Michel Troisgros has been considered the best of the year in France and in the world on several occasions, while Claude -established in Rio de Janeiro- has also received international awards for its fusion of French cuisine with Brazilian flavors.