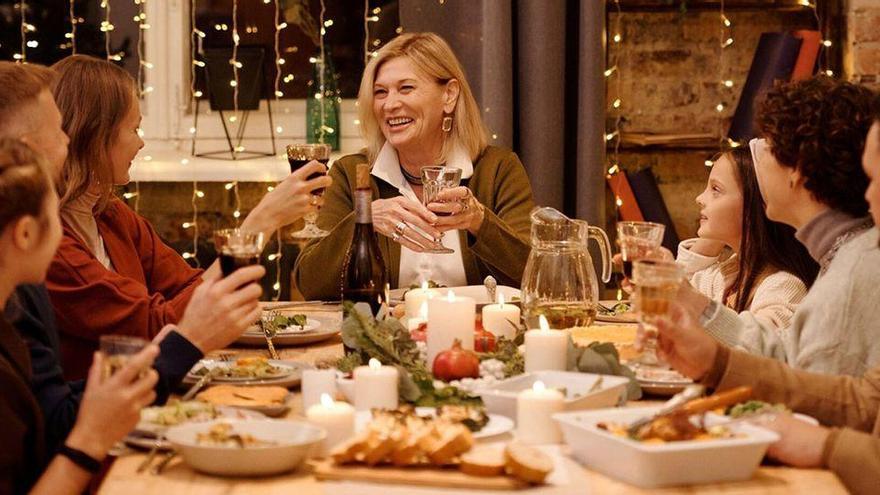 In the fight against COVID-19 our country did catastrophically wrong. The data could not be more devastating. According to official figures from the Ministry of Health, we are the third country in the world with the most deaths from COVID-19 per number of inhabitants (91 deaths per 100,000 inhabitants), only surpassed by Belgium and Peru.

But if we use the estimates of the INE, much more realistic than those of the Ministry of Health (123 deaths per 100,000 inhabitants), then we went to second place in the world very close to tying with the Belgians.

In some autonomous communities the situation is even more catastrophic. Thus the official data of the Community of Madrid (168 deaths per 100,000) make it one of the most dangerous places in the world to have passed the pandemic of the coronavirus. It could hardly be done worse.

When the pandemic broke out, we started making it fatal. Encouraged by the foolish words of Fernando Simón, many wanted to believe that in our country “There would be almost no cases of COVID-19” and in the event that they did occur, we had “the best healthcare in the world” to deal with it “without any major problem.”

Measures were taken too late and to avoid a colossal catastrophe we had to undergo radical confinement. After a huge sacrifice we get “bend the curve”.

But when we started to get it, we threw it all away with a de-escalation extremely fast for the summer, done without sufficient preparation in tracers and early detection (PCR, antigen test), which it led to the unleashing of the second wave that we still suffer.

Now many specialists fear that this Christmas we will make the third big mistake. Relaxation of coronavirus containment measures ahead of the holidays could lead to a third wave of COVID-19 early next year.

The Christmas holidays are essential in social and family cohesion. Clearly spending Christmas in confinement without seeing loved ones is an exceptionally heavy burden. But there are strategies that allow, within an order, maximize social encounters while minimizing the risk of contagion.

What you need to know before acting

To understand this, it is convenient to remember 3 things: First, place the real importance of COVID-19 in its proper measure. Most experts, and in particular ucis personnel, agree that the severity of the pandemic was hidden. The situation was so harsh that during the first wave with saturated hospitals “wartime” decisions were made.. In thousands of cases it was resolved on the fly who should have a chance to live and who should not. There were no health resources for all.

But this very critical situation transcended very little. The seriousness of the situation was minimized to the extreme. There were hardly any images of people dying alone in saturated ucis.

There is a comparison that can help us realize the harsh reality of COVID-19.

Most historians agree that the ‘Battle of the Ebro’, fought during the Spanish civil war Between July and November 1938, it was the battle in which the most combatants participated, the longest and the bloodiest of all those that took place in the long history of our country. However, the number of deaths from COVID-19 in Spain (more than 58,000 people) is more than triple the total number of deaths of the 2 sides in the Battle of the Ebro (around 16,500).

Let’s imagine that today there were 3 battles like those of the Ebro in Spain. We would consider it a colossal catastrophe. The worst thing that has happened to us in history. That is, neither more nor less, what COVID-19 represents in human lives in our country so far. Unfortunately, many people will still pass away.

Second, it should be borne in mind that epidemiology shows that in an infectious respiratory disease such as COVID-19, the speed of contagion is very fast if measures are relaxed when there is still a sufficient number of infections. Conversely, Most social isolation measures (such as hotel and tourism closures, quarantines, etc.) even when they are very rigorous, they only manage to lower the infections very slowly.

The kinetics of contagions when social distancing measures are relaxed is reminiscent of the behavior of a Formula 1 car. Accelerate extremely fast. On the contrary, reducing contagion when rigorous social confinement measures are applied is like a heavy freight train. You can only slow down very slowly.

Let’s not fool ourselves. Relax social distancing measures, even if it is a few days, it would imply a great growth in the number of infections. To reduce it we would need to spend much longer with restrictions.

How are contagions produced?

Third, but surely most importantly, we must not forget that we often have a false image of how infections occur. Most people imagine that someone infected transmits the disease to 2 or 3 other people. There are many people involved, each of them in few infections. But really it’s not so.

More and more evidence is accumulating that the coronavirus is spread mainly in an “explosive” way due to very few infected who transmit the virus to large numbers of people. They are the supercontagators.

Super contagious events occur through continued exposure to aerosols in closed, poorly ventilated spaces crowded with people talking, singing or shouting, just as it happens in a bar or a disco, and unfortunately also in a family Christmas celebration.

The data is devastating. Less than 10% of supercontagators have infected more than 80% of the world’s total COVID-19 cases.

It is convenient to find out who these supercontagators are. There is a biological propensity. TOSome people shed a higher viral load than others and do so for longer. But above all, supercontagators are mainly for social causes. They are those people who engage in a greater number of contagion risk behaviors.

How can we enjoy Christmas?

We must not forget that it is as if we were at war in the middle of the battle of the Ebro. We can do some things, but we will have to give up many others. Nor can we forget that by every “uncontrolled” day we go through We will have to be four or five with fairly rigorous confinement measures to go back down the curve.

We should even take into account that our central and regional authorities have completely failed in the management of COVID-19 due to your delay in taking action and because of the scarcity of these measures. Being the second country in the world with the most deaths per inhabitant and having the autonomous community with the most deaths per inhabitant rigorously ratify this statement. And there is no evidence whatsoever that makes us suppose that by Christmas our authorities will improve their management.

Therefore, let us consider that strictly complying with the limitations of the administration may not be enough. In addition to following such measures we must adopt a multiple prevention strategy intelligently self-managed by ourselves.

What can we do for a safe Christmas?

The first thing is that there should be no room in our family gatherings for supercontagators. Just doing this would reduce infections by more than 80%.

In families, people know each other. It is easy to know who engages in risky behaviors. Those who frequent bars, discos, bottles, clandestine parties, etc. They should only access family gatherings after a recent test to ensure that they are not infected. A PCR is requested of the last hours before being able to travel by plane to many countries. Let’s do the same with those we have suspicions. It will be much cheaper to pay a few PCRs than to see several members of the same family fall ill, and unfortunately die.

Second, in the face of exceptional circumstances such as those we are experiencing, we must reduce the number of parties as much as possible.. If we limit attendees to family gatherings and if we limit these meetings, giving up some of them, we will have gained a lot.

Third, we must have family gatherings as safe as possible. A family will be much better reunited in a house than in a hotel establishment. As much as the capacity and schedule limitations are respected, bars, restaurants, party rooms, etc. they are still far more dangerous places than homes.

Of course when someone has any symptoms compatible with COVID-19 they should refrain from attending a family reunion until they have a negative PCR.

Let’s be sensible let’s limit ourselves in what we can, Whenever possible, let us test ourselves before the meetings and, above all, prevent attendance without a recent PCR test for those relatives whose dangerous social life makes them potential supercontagators.

For others it may be enough to take an antigen test, which is reliable, quick, easier to do and also more affordable. Why Unlike the 100 euros for the PCR, the antigens can be done for just under 30 euros. Even some medical societies and municipalities are doing it for free. Then, the test takes a few seconds and in about 15 minutes we have the necessary result to get home with grandparents, brothers, uncles, cousins, grandchildren … with guarantees.

What we cannot is trust that vaccines will solve this problem for us. And although there is good news about their progress, they will not arrive in time for us to enjoy a normal Christmas.

Let us remember that we can win the war against COVID-19 when in Spain some 35 million people are protected by the vaccine. This occurs about 15 days after the second dose is given. It won’t happen before this Christmas.

Please: let’s behave in such a way that for many thousands of people this is not their last Christmas.