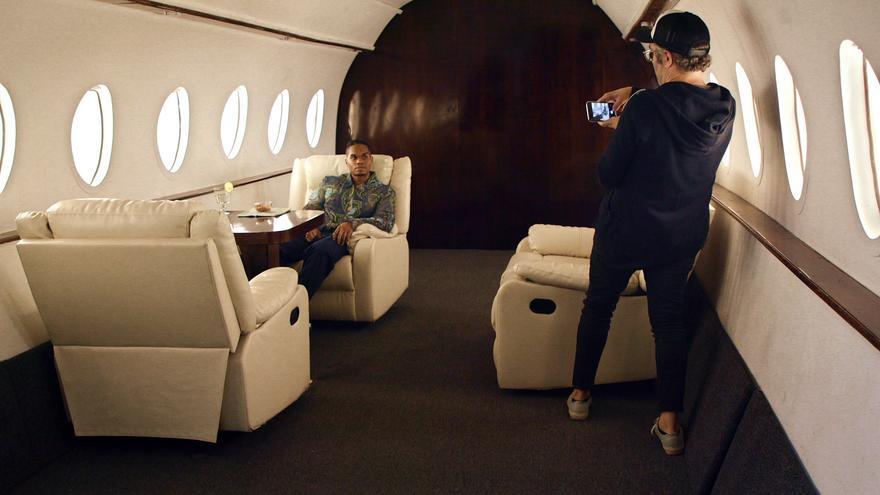 Los Angeles (USA), Feb 2 (EFE) .- False “followers”, purchases of thousands of “likes”, endless posturing and the shabby and absurd reality behind the “influencers”. All this explores “Fake Famous”, a documentary by journalist Nick Bilton that poses a fun experiment: how to turn an ordinary person into a social media sensation.

“Being a ‘top’ celebrity is incredibly difficult. Being an ‘influencer’? It’s not that difficult. I think it’s a fast track to fame and wealth,” Bilton told EFE.

But behind that dream life there are more mirages than pleasures; more hours of work and frustrations than tangible luxuries.

As if it were the parodic reverse of “The Dilemma of the Networks” (2020), Bilton buys thousands and thousands of false “followers” and “likes” with “bots” in “Fake Famous”, he tricks photos in his garden to make them look like from five-star hotels, and he even rents a plane set to make it look like he’s on a private jet.

These wacky and tricky simulations help their youngsters gain notoriety on social media, but along the way they run into unintended consequences in reality such as depression or anxiety.

Question: You’ve covered tech topics for years, wrote a book on Twitter, and are now presenting a documentary on “influencers.” Why are you so interested in networks?

Answer: It’s a good question, I ask myself that all the time (laughs).

But, look, networks have become the most ubiquitous thing in society. We all use them in one way or another. For the most part, we have no choice whether in our work, with our creative goals, or even in being able to communicate with friends or loved ones.

But at the same time, they also have these huge negatives.

When I started covering this topic for The New York Times about fifteen years ago, it was pretty incredible and with positive points. And then of course the negatives began to creep in. Now I think there are more negative points.

Q: What is an “influencer”?

It’s like defining fame: it’s somewhat diffuse (…). But I think it’s someone who has a huge online following, who can tell people to buy something, to experience something, to excite their interest.

In many ways, we saw the rise of this in the last ten years when real celebrities were given free stuff to advertise things (…). But the new version of the “influencer” is someone who only advertises products on their account and who is only judged by nothing more than the number next to their name, which is how many followers they have.

Q: Why do so many people aspire to be an “influencer”?

A: We define what we want to be when we grow up based on what we see other people do. There was a time when, specifically in American culture, people wanted two children, a house, a dog or a cat …

And I think what has happened now is that the vital aspect in which everyone seems happiest is the fame itself: you see these people in private planes, they have these beautiful and gigantic houses, and they seem to be happy, even when in reality they almost never are.

Being a top celebrity is incredibly difficult. Being an “influencer”? It is not so difficult. I think it’s a fast track to fame and wealth and all of these things.

AN EXPERIMENT TOO SUCCESSFUL

Q: Were you surprised by the results of your experiment?

A: Honestly, I was surprised how well it turned out for us.

When we started it (…), I didn’t think we were going to reach the level that we achieved with Dominic Druckman (he now has 340,000 followers on Instagram).

The first time he got something free, some sunglasses, he was like, “Oh, it worked!” (…). But when she was then flooded with free products and people offered her financial deals and other things, that’s when we realized how crazy this was all happening so fast.

Q: Why did you go for irony in “Fake Famous”?

A: There are many documentaries that have tried to explore the serious aspects of technology and its effects. There is research that says that 86% of children in the US want to be famous “influencers”. And I, as someone who has covered this for many years, I know that this is what they aspire to is something completely made up. It is like a false idol.

So my goal was to show that (…) but at the same time it’s kind of hilarious. I mean, literally putting a toilet seat in front of a television to pretend you’re on a plane … It’s hard not to laugh at those things.

P: Depression, anxiety, social pressure. How did you reflect this part of the networks?

A: When we started the documentary we had no idea which direction it was going to take (…). So when Wylie Heiner went through this crisis, I think in the end he was incredibly grateful because he learned that his goal of being famous was not what he really wanted.

It is one of the most important parts of the film because you see through their eyes how we look at these things, how we wait for “likes”, depression or FOMO (“fear of missing out”, fear of missing something).

Q: You have 255,000 followers on Twitter. Have you reconsidered your behavior on the networks after this documentary?

A: I reconsidered before doing so.

I used to spend a lot of time on Twitter and Instagram. But now I hardly use them anymore (…). I realized that Twitter has become more and more virulent. It is no longer a place for conversation: it is a place to look down on everyone (…). I am no longer an active user on the networks, and when sometimes I am tempted again, I quickly feel terrible and try to escape from there.