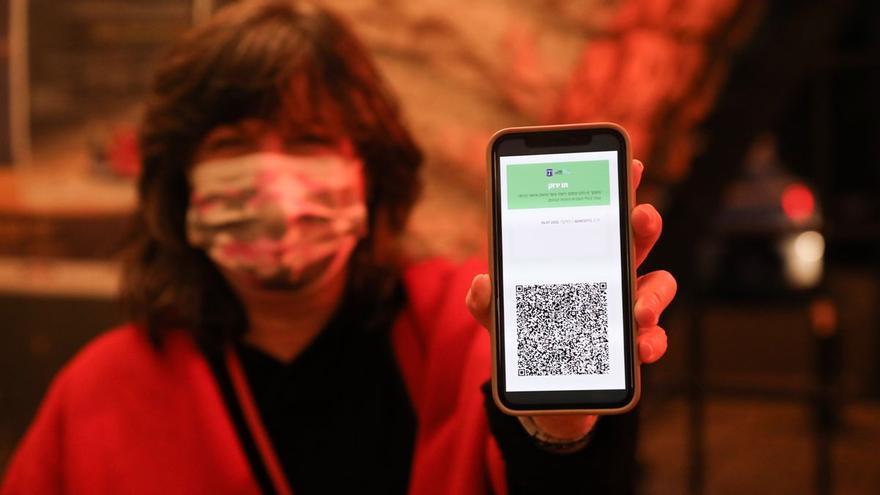 Some autonomous communities want to expand the use of the COVID passport. The Ministry of Health has avoided ruling on the matter and has referred to the use endorsed by the European Union – traveling between member countries – but the proposal has sparked debate among health advisers now that two autonomies have launched it on their own.

Galicia has been demanding the vaccination certificate for two weeks or a negative test to access the interior of restaurants, bars and nightclubs, and the Canary Islands will do it from next Monday in Tenerife. “The other option was to close these businesses”, has defended the president of the Xunta, Alberto Núñez Feijóo.

The digital certificate of the European Union was born with a purely international character and to facilitate foreign tourism this summer. Spain has issued more than 11 million passports since the beginning of July for this purpose. To use it at the national level, as proposed by Galicia and the Canary Islands, “legal regulation would be necessary,” warned the Minister of Health, Carolina Darias, after the inter-territorial meeting. Andalusia, Aragon and Madrid support giving it other uses with the condition that the Government regulates it. “Communities can demand evidence, it falls within their powers,” said Darias to distance himself from the decision.

But there are also regions that have been closed in a band. Catalonia refuses to “harm” in this way those who have not yet received the vaccine and the Valencian Community does not believe that it is “timely or correct” from an “equity perspective”. These complications have been debated for months in epidemiology and bioethics forums. “The WHO issued a statement last February opposing this passport because access to vaccines is not universal and is only offered in rich countries,” recalls Fernando García, advisor to the Ethics and Data Protection group of the Spanish Society of Epidemiology.

However, several European countries are betting on COVID passport to restrict activities before the wave of cases. France, Portugal, Greece and Italy have followed the path set by Israel with its “green pass”, through which only vaccinated people can access leisure, cultural and sports venues. If Spain finally joined the measure, it would be necessary to review the legal, ethical and technical framework and solve three main cracks in this vaccination passport.

Fernando García differentiates the case of Spain from that of France or Italy, where social reluctance to the vaccine is more widespread. The express objective of the French Government is to direct the restrictions towards the unimmunized, something that has had an effect on the country and has served to accelerate the vaccination campaign. In Spain, the vast majority of people who are not vaccinated are because they have not yet received their appointment. Hence, the groups most affected by infections are young people between 15 and 29 years old. “The requirement of the certificate would only have ethical justification when everyone has had the opportunity to be vaccinated,” says the also spokesman for AMaSaP, the Madrid association of Public Health.

“The logical thing would be to implement this measure in September, when everyone has been able to access their doses. Not before, because it generates discrimination,” warns the ethics expert. Vaccinating all young people “requires time and cannot be anticipated,” so expelling them from certain activities would overturn the principle of equity that has distinguished the Spanish vaccination plan. “Dividing it by age groups was a wise decision compared to other countries that opened appointments indiscriminately instead of focusing first on protecting the most vulnerable,” says García.

The balance between the protection of the economy, health and individual freedoms is debated with this measure, which would not affect only young people, as claimed by experts in health ethics. “We cannot forget that there are pockets of the population far from the health system and those who find it more difficult to access vaccination, such as homeless people and migrants,” says the AMaSaP spokesperson. “In Spain, if we achieve a high immunity, above 85%, there would be no place for the certificate to be required for activities other than traveling,” he indicates, “so we must put more emphasis on vaccination and not so much on the passports”.

Another of the doubts that the COVID certificate raises is that it does not collect the results of the antigen tests. These tests are part of the registry of the Ministry of Health together with the PCR and, in fact, in the last week Spain has made almost half a million. However, the EU does not recognize them as suitable to prove that a person has already passed the disease or that they have a negative result. “It is normal for international travel to require a PCR”, understands Fernando García. “I do not think it is a wise decision that anyone can go to a pharmacy, buy an antigen test and show that they do not carry the virus. They do not want to include them so that it is not a drain,” he understands.

The reason is that antigen tests are indicated for people with symptoms. Without them, the probability of getting “false negatives” increases. However, several autonomies have incorporated this type of tests to their health systems for months, such as Catalonia or Navarra. “When the antigen tests are correctly applied by a health worker and show that there is no active infection, the logical thing is that they are included in the certificate, even if it is together with a medical report”, the expert considers.

Until you arrive at the pharmacies, the popularity of antigen tests has been changing. They were initially criticized for being less accurate than PCR, but also cheaper. Over the months, their use expanded and several communities incorporated them into their health systems. Some even used them to carry out massive screenings that “had a more propagandistic than sanitary sense”, as García recalls in the case of Madrid. Now, although they do not count for the European certificate, they do serve internally to enter the bars of Galicia and Tenerife, for example.

The COVID passport accredits the complete guideline. The citizen must have received his last dose at least in the 14 days prior to the trip. This way, you will not need to present a PCR showing that you are not infected. But what happens in case of reinfection? According to Health data, 5.5% of current infections have occurred in vaccinated people. It is a very low number and that enters the initial probabilities of “vaccine failure“. The vaccine does not prevent infection, but” reduces symptomatic and serious disease, “says García.” It reduces transmissibility but does not eliminate it completely, and we do not know how long immunity lasts, “he recalls.

The alarms went off with Chiara Fossi’s testimony in the newspaper Corriere de la Sera, an Italian teacher who, after completing her immunization schedule with AstraZeneca and receiving her COVID passport, became infected again. “I have isolated myself, but a person with less civic sense could have gone wherever they wanted with the certificate. What is its true value if it is not updated when a vaccinated person is infected?”, The teacher wondered.

“The solution would be to ask for PCR, which although they are not infallible, would detect the carriers or screen them in some way”, recommends the expert in bioethics. García acknowledges that this hole in the certificates is a serious problem considering the rise in infections in all age groups. “Especially above 70 and 80 years, where they have multiplied by 11 in recent weeks,” he identifies. Although it does not manifest itself through a serious form of the disease, these people can continue to carry the disease, which reduces the usefulness of the COVID passport as it is currently proposed.