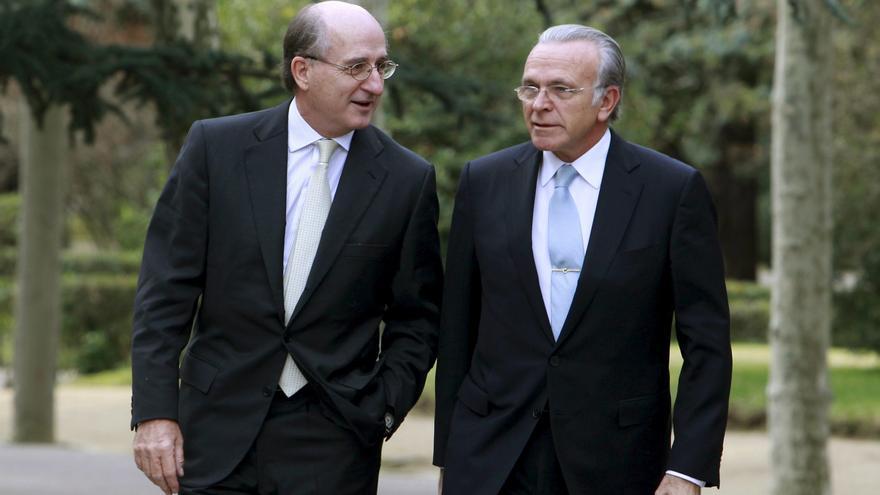 The former non-executive president of CaixaBank between 2011 and 2016, Isidro Fainé, has denied this Friday before the judge of the National Court Manuel García-Castellón any irregularity on his part in relation to the hiring of the Cenyt company, owned by the retired commissioner José Manuel Villarejo, who has attributed to Repsol.

“I do not have the slightest knowledge of the actions that were carried out,” he said during his statement, according to sources present in the same consulted by Europa Press.

The head of the Central Court of Instruction number 6 has interrogated Fainé this Friday and also the president of Repsol, Antonio Brufau, as defendants in the separate piece number 21 of the ‘Tándem’ case, in which the ‘order’ is investigated by these two companies to the retired commissioner José Manuel Villarejo to spy on the then president of Sacyr Vallehermoso Luis del Rivero in 2011.

“I did not participate in the selection, or in the hiring, or in the payment of the supplier, nor did I have the slightest idea of ​​the company that Repsol had hired or of who Mr. Villarejo was, much less if he had hired a active police officer, “said the former president of CaixaBank during the interrogation, which has lasted for about an hour according to the same sources.

Regarding Brufau, who appeared in second place before García-Castellón, the former president of CaixaBank has acknowledged that he told her that it would be convenient to have more business information about the Sacyr-Pemex pact, in order to respond to it from a corporate dimension. In this sense, Brufau informed him that Repsol had already contracted a commission, which was carried out by its director of corporate security, and proposed to share the information on the pact.

The judge decided to investigate Brufau and Fainé – then president of Caixabank and vice president of Repsol – for an alleged crime of bribery, at the request of the Anti-Corruption Prosecutor’s Office, which supported the petition for charges by Del Rivero’s defense.

Together with them, the investigating judge also agreed to give Repsol executives Luis Suárez de Lezo, Juan de Amunátegui and Joaquín Uris, and the former General Director of Media at Caixabank, Antonio Masanell, as investigated, who have already testified before him. judge this week.

The line of investigation on what Villarejo called the ‘Wine project’ was opened in December 2019 but the retired commissioner implicated by the commissions was not cited as being investigated until November a year later, when the former director of Repsol Corporate Security Rafael Araujo and former CaixaBank Security Chief Miguel Ángel Fernández Rancaño – both commissioners, one on leave and the other retired.

The magistrate explained in an order issued on April 14 – in which he agreed to these latest accusations – that the contracted services “would have the objective of safeguarding the interests of both clients, who appear as business allies in a context of conflict between shareholders of reference in Repsol YPF SA to take control of the company “.