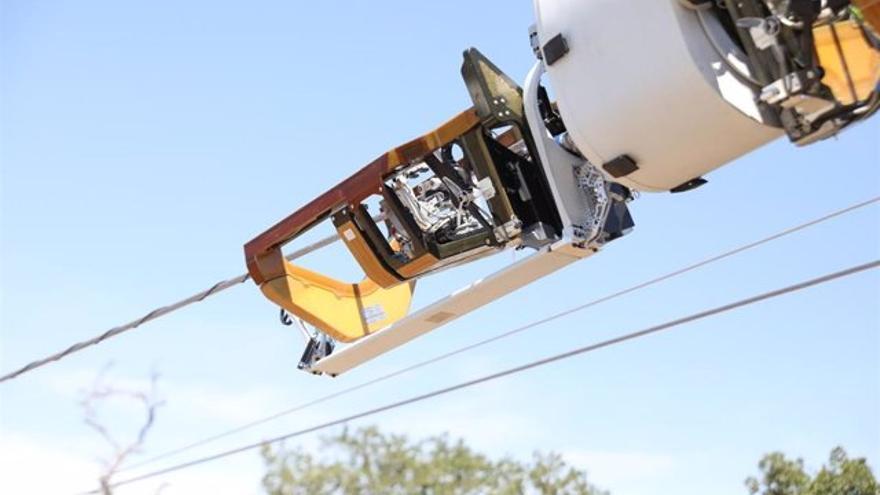 Facebook has presented the projects in which it is currently working to bring the Internet to areas of the world where fiber does not reach, with projects that include submarine cables, an installer robot that moves along power lines and a wireless system that takes advantage of street furniture to offer high speed.

More than 3 billion people currently lack access to Internet. The company, through Facebook Connectivity, has already brought reliable, high-speed Internet to more than 300 million people, and plans to bring it to another 1 billion people in the next decade.

To do this, he has been working for several years on different projects that include the development of solutions to bring high-speed Internet through sea, land and air, as they have explained in a press conference attended by EP.

Submarine cables are the backbone of the global Internet. Facebook Connectivity has worked on the improvement of fiber cables, and has presented a system of transatlantic submarine cabling with 24 fiber pairs that will connect Europe and USA. Until recently, transoceanic submarine cables included two to eight pairs of fiber. The new cabling system has a capacity of half a petabit per second, or half a million gigabits. Which means that it multiplies by 200 the capacity of the transatlantic cables of the beginning of the century.

The company has also explained that in some sections of the 2Africa project – which will connect Africa, Asia and Europe and offer connectivity to 3 billion people – a new aluminum conductor system which will replace traditional copper conductors, which will reduce the construction costs of such an extensive cable.

On the other hand, the capacity of submarine cables depends on the amount of energy that can be delivered from the shore to a series of repeaters, which are arranged consecutively along the cable – approximately every 80km of distance – that drive the signal throughout this path.

In a submarine cable that connects Europe and the United States along 7,000 kilometers, a very long electrical cable would be needed. To solve this problem, the company’s engineers have designed floating beacons that can distribute electricity to repeaters from the ocean. This initiative is complemented by other solutions that combine the action of wave energy converters (from waves) and solar panels, which will allow going from half to five petabits per second (ten times more capacity).

And to assess the best arrangement of submarine cables, the company has developed a predictive modeling tool, Atlantis, which helps to predict where submarine cable routes should be built to ensure network availability in the event of unexpected events, such as earthquakes.

Current ground-based fiber installation methods are not ubiquitous, in part because of their high cost. As they explain from Facebook, the manufacture of a meter of fiber filament costs a few cents, but its installation can range from tens to hundreds of euros. To reduce installation costs, the company has developed Bombyx, a robot that moves along medium voltage power lines to which it adds the fiber cable, thus avoiding having to excavate and deploy the fiber underground.

This robot currently weighs about 4.5 kilograms, can cross a power line in four minutes and its stabilization mechanism allows it to climb vertically along these lines. And to be able to overcome obstacles with autonomy, for example, the poles that support the electrical cables, Bombyx uses advanced movement techniques that allow it to turn and balance while clearing obstacles and winding the fiber in the power lines.

Along with Bombyx, the company has also improved fiber cables, mainly for reduce your weight when winding it on the power line, as well as its resistance to high temperaturesAs they explain, medium voltage cables get very hot.

The company has used a Kevlar fiber braided cable, which is stronger and smaller in size, and maintains flexibility. It has also reduced fiber pairs, from 96 to 24 – a single pair can cover up to a thousand homes – and used materials that are resistant to high temperatures and damage from arcing from high-voltage lines.

Connecting from the air

Facebook Connectivity has developed Terragraph technology, a system that uses transmitters installed on rooftops and street furniture (such as streetlights or traffic lights) to create a distributed network of reliable, high-speed connectivity in homes and businesses, which has already been deployed in Anchorage, Alaska and Perth, Australia.

This system offers Fiber-like speeds without the need for cables. The company indicates that its installation is faster than that of braided fiber, because it uses the points where the fiber already exists and expands its capacity wirelessly, through nodes installed in the existing urban furniture.