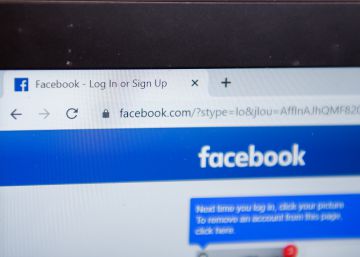 The social network Facebook has announced that it remains firm in its decision to continue allowing political announcements – unlike some of its competitors -, but will facilitate users to reduce the number of messages of this type that reach them.

The company’s Director of Product Management, Rob Leathern, in charge of revealing the new policy in an entry on his website, ensures that the new tools “will allow people to see fewer political and social affairs announcements on Facebook and Instagram” If they want to.

The movement of the most used social network in the world is far from the requests that have come from multiple fronts in recent months to follow the same path as Twitter and completely prohibit the ads of political campaigns, or do as Google and reduce your ability to target only specific audiences. According to the company, the principle behind this decision is that “people should be able to listen to all those who want to direct them and what they say should be scrutinized and discussed in public.”

The firm headed by Mark Zuckerberg is under the magnifying glass of regulators and public opinion from the role he played in the US presidential elections. 2016, in which it was used to spread false information and influence the campaign by Russian hackers.

In November of this year there are again presidential elections in the US, elections that are expected to be as much or more tense than those of four years ago and in which social networks will be even more important.

In this sense, a few weeks ago Facebook was already in the eye of the hurricane to reveal that it does not contrast the contents that political campaigns publish on its platform and, therefore, authorizes them de facto to disseminate false information (unlike what it does with the rest of the users).

What do others do?

Twitter is banned from political ads that refer to candidates, parties, elections or legislative matters. Nor are contents allowed to advocate specific results for social or political causes. “We believe that the scope of political messages must be earned and not bought,” Jack Dorsey, executive director of the company a few weeks ago. Those who criticize these measures defend that they benefit the dominant parties and punish lesser known candidates.

Google will limit the possibilities of disseminating ads aimed at specific groups, so that advertisers cannot use political affiliation data or voter registration. However, there will still be the possibility of using context information and, for example, showing your ads to users who have watched certain videos. In addition, the platform does prohibit certain inaccuracies in the disseminated information, although it does not have a specific veto for the publication of false or misleading content.