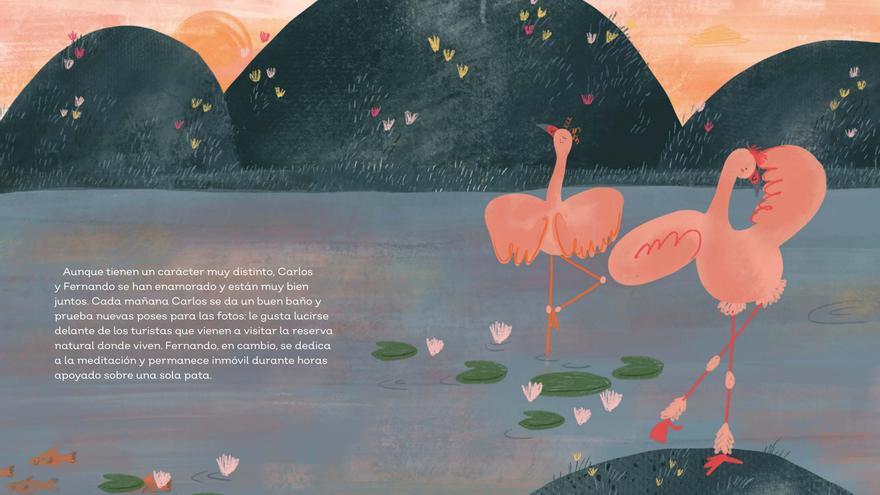 Madrid, Sep 13 (EFE) .- Because diversity in love “deserves to be told”, the Italians Francesco Maddaloni and Guido Radaelli have not hesitated to create “Fabulous Families”, an illustrated book with which through seven fables the Younger children will be able to see how there are different and real families in the world.

Francesco and Guido, journalist and marketing expert, live in Milan and Leonardo, that little boy with whom they are already a “family”, has just arrived, a huge and generous word in which the term “diversity” is implicit, according to The authors of this book (Duomo editions) tell Efe.

And, for this reason, their parents decided to tell children between 4 and 6 years old that in reality there are families with two fathers or two mothers, with only one father or one mother, or with members of different races.

“This book was born as a desire to be parents and from the need to tell our son why our family was going to be different, but it is also a reflection of the evolution of our couple,” explains Guido, while Francesco observes him as alone. a lover knows how to look.

Because both are the example of love, of that love that they have strengthened after living apart for a while and meeting again in Milan, where they live.

But in reality the germ of this book must be sought in a trip that both made in 2019 to Portugal. A trip in an orange van, a “kind of Cinderella pumpkin”, which led them to think that there was nothing better than to tell, through fables, their seven stories.

“There are many different families, but most are of the classic model, so the diversity deserved to be told. Each family is a secret and the secret is that each family is different,” says Francesco.

With Leonardo asleep in the next room, both report that, since they were fables like the ones they read as children, the animals had to be the protagonists. Dogs, sheep or lionesses that exist in reality and that can be found with a simple search on the internet, such as Pinky, the rare pink dolphin that lives in Louisiana (United States).

“We wanted to tell this in a romantic and beautiful way, like children’s fables. We didn’t want our son to read a dictionary when he grows up,” admits Guido, to which Francesco adds that the idea of ​​this book is not “to teach a lesson” , but “make dream”.

Convinced that the little ones are “very intelligent”, with “Fabulous families” Italians go directly to the little ones between 4 and 6 years old because it is in that age group when they “perceive the concept of diversity”. “It is the age to brighten your outlook,” they add.

Written from the “heart”, says Francesco, this book is a compilation of contemporary themes that goes beyond the concept of family, such as the freedom to love or the right to choose.

Complex realities that Maddaloni and Radaelli have been able to transmit thanks also to the illustrations of Patricia Pedro Afonso, Charles Bailey, Rosi Tooth, Herikita, Alice Piaggio, Mateo Rivano and Daniela Tieni.

Artists who have brought their art to these animals that radiate light and whose colors support reading, because why can’t a lioness’s mane be pink?