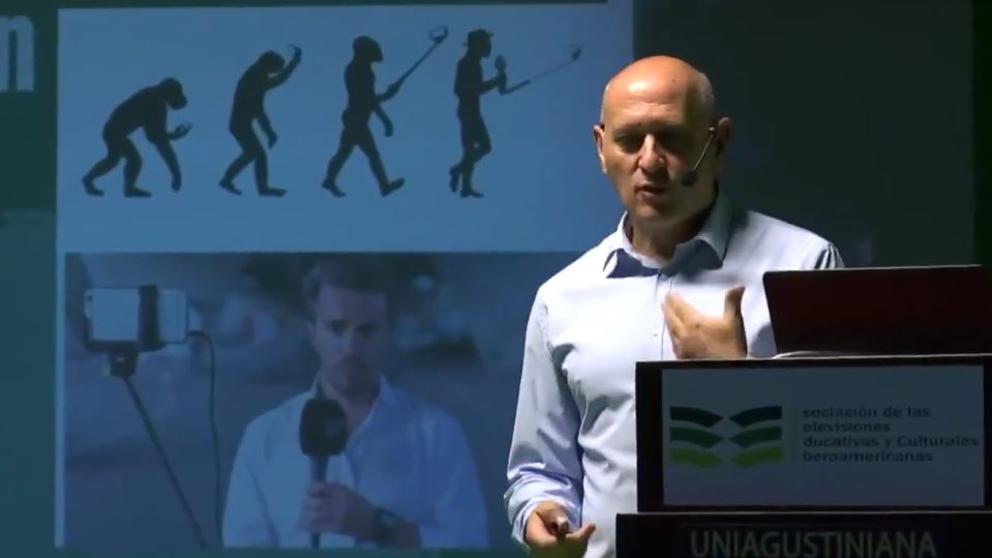 Controversy in the audiovisual world in Extremadura TV, the public television he directs Urban García Alonso, after assuring in a talk that “the cameras that are simple tripods of the journalists"Are" in danger "of not continuing their work. The words of the head of Extremadura television have raised a wave of criticism among the sector and puts on the table a debate that is already being raised worldwide.

In fact, García Alonso makes these statements while teaching a mobile journalism size in a conference called TV Morphosis held in Colombia at the end of October. In the talk of the head of public television in Extremadura, it is exposed where reporterism and live connections can evolve, as well as the application of new technologies to reduce costs.

It is in this context that García Alonso talks about the role of cameras in outdoor audiovisual processes. After showing a graph showing the evolution of the reporter towards a professional who reports with a mobile phone and a stick selfie
about what is happening around him, the head of Extremadura TV says the following:

“And it does not mean that this evolution that has come here, I insist, means that it is exclusive. Our cameras, the cameras of our corporations, of our companies, are still the best but they have to prove it. What cameras are in danger? Those who have become, by the well-off, simple tripods of journalists. Those are in danger. ” (full conference below)

The reaction of the cameras has not been expected in social networks, strongly criticizing that those responsible for recording and transmitting everything that happens are branded as "well-off". Some of them remembered with images what it is like to work in midsummer in Extremadura and they remembered that they are a guild marked by “sucking roads, work at heart, kilos on the back and a long etcetera”.

A conversation reveals a new relationship in ‘OT 2020’: Nick and Samantha

Glòria Serra clarifies her ‘powers’ to stop a cow