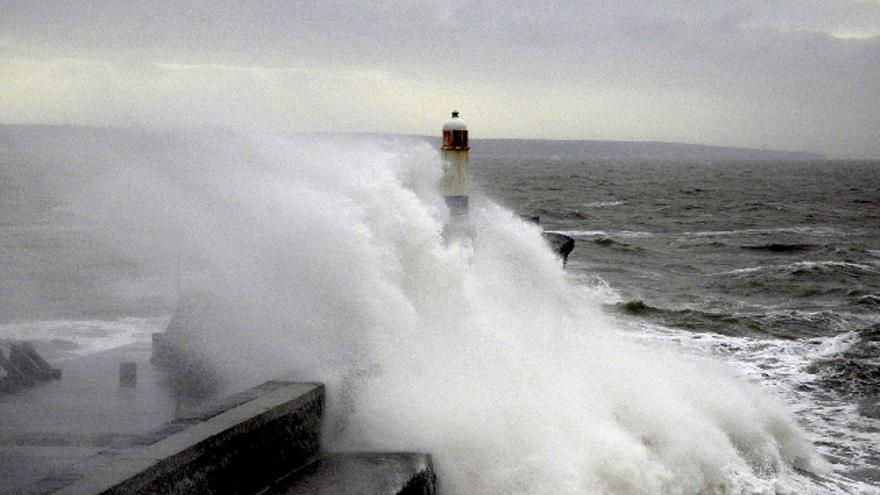 That in the Canary Islands there is not going to be a tsunami In the short term, it is a reality with which all the scientists who are currently investigating the La Palma volcano. The eruption in the Cumbre Vieja area has resurrected the La Palma megatsunami theory that would affect not only the Canary Islands but would reach the coast of North America, a theory that they do not rule out that it can become a reality in thousands and even millions of years, as has been shown the volcanologist Joan Martí, director of the Barcelona Geosciences Institute, belonging to the Higher Council for Scientific Research. Martí has ​​studied the cascading geological process that Tenerife experienced 170,000 years ago, a process that includes an explosive eruption, a landslide and one of the at least five megatsunamis that have occurred in the Canary Islands. These five great tsunamis or tidal waves took place during the last million years on the islands of Gran Canaria, Lanzarote and Tenerife and they were preceded by gigantic landslides and explosive volcanic eruptions. One of those tsunamis that affected Gran Canaria even generated waves up to 290 meters in Agaete.

The five huge tsunamis in the Canary Islands are documented by the investigations of Mercedes Ferrer, from the Geological and Mining Institute of Spain (IGME), and Luis González de Vallejo, Director of Geological Risks at the Volcanological Institute of the Canary Islands (Involcan). The three have investigated the megatsunamis generated by large collapses of the flanks of the island volcanic buildings of the Canary Islands, a work published in the magazine GeoHazards last August. This study presents new geological evidence and geochronological data for up to five megatsunamis in Tenerife, Lanzarote and Gran Canaria.

According to the results of the global age of the deposits, the main sources of tsunamis in the Canary Islands during the last million years may have been landslides that affected the flanks of the volcanic building in Tenerife where, at least, seven major events have occurred in this period: one in the Icod valley, three in La Orotava, two in Güímar and one in Micheque. The main results were obtained from the geological, geomorphological, paleontological and geochronological investigations carried out on the tsunami deposits identified in Gran Canaria, Lanzarote and Tenerife, as well as their possible areas of origin and frequency.

The places for obtaining material are located in Teno and Isla Baja, Tenerife; in Agaete, Gran Canaria; and in Piedra Alta, Lanzarote. The researchers’ conclusion is that the common sedimentological, geomorphological and paleontological features in all these deposits unequivocally indicate that they were generated by a tsunami. From the age determinations of the strata of the investigated deposits, they observe that up to six tsunamis occurred if the two successive tsunamis of Icod are considered as individual episodes.

They occurred in the Middle Pleistocene

The general results of the material dating carried out by the researchers show that the tsunami deposits were generated during the Middle Pleistocene, with an age less than 168,000 years for Teno and Isla Baja, between 140,000 and 200,000 in Agaete, and within the interval of age 154,000-221,000 in Piedra Alta.

The maximum tsunami rise heights associated with these deposits have been calculated based on their current elevation, estimated ages, and contemporary sea level position. Thus, the data suggest maximum tsunami wave runs of 180 and 270 meters for Teno and Isla Baja, respectively; 290 meters for Agaete, and 125 for Piedra Alta.

The waves of the megatsunami are therefore attributed to large landslides on the flanks of volcanic buildings in the Canary Islands and for the investigation, an attempt was made to establish relationships between the tsunami deposits and the possible landslides of origin, based on their estimated ages and spatial distribution.

Considering the frequency of mega landslides during the last million years in the Canary Islands, with possibly several of them superimposed on the same island flank, it can be said that correlative tsunami events have also occurred with a relatively high frequency during the Middle Pleistocene in the archipelago, with an average interval of 80,000 years, according to the researchers.